The Coiffured is a new exhibition of work by Leitrim based artist and sociologist Amanda Jane Graham, now showing at the Irish Architectural Archive in Dublin - enjoy a selection from The Coiffured above.

Combining humour with a critical reflection, the artist explores the significant historical landmarks in the history of hairdressing, from the headdresses of Egyptian pharaohs to Queen Marie Antoinette and 18th-century Irish parliamentarian Edmund Burke.

The Coiffured is a new body of research and artwork that emerged from a Leitrim County Council Arts Office Small Spark Residency Award in Image Skillnet – a not-for-profit, enterprise-led training network formed to support Ireland's hair and beauty sector.

The residency befitted my autobiographical artwork as it supported three critical areas of my life: art practice, sociology, and the two decades I spent working as a hairdresser..

The sociologist within me was curious about the origins of negative stereotyping and discriminatory remarks I encountered while working as a hairstylist. If we understood the prejudice, we could prevent it. As I researched, a rich and fantastic history spanning more than five millennia unfolded. Thus, the creative approach provokes historical art re-evaluation from a hairdressing perspective through a series of unique and detailed drawings, sculptures, an audio installation, and publication.

The earliest evidence of hairdressing is from Egyptian society in 3400 BC, found in a tomb that belonged to royal architect Kha and his wife, Meryt, who lived during the 18th Dynasty.

The first visual recording of a working hairdresser was of Henut, who was depicted in a relief carving c.2000 BC, using a hairpin to style the hair of Queen Neferu. At the time, hair grooming was considered a purification ritual, and hairstylists enjoyed a beatified and hallowed status in Egyptian society.

During the second millennium, the profession underwent drastic transformations. Queen Marie Antoinette contributed to this, as aristocratic ladies were eager to adopt her flamboyant hairstyles. In 1768 hairdressers published a hairdressing manifesto, using Queen Berenice's famous hair as an example:

If the hair of Berenice has been placed among the stars, who will deny that before attaining her glory, she first needed our aid?

The French Revolution quashed the hairdresser's artistic ambition. The products required to construct the grand hair designs caused economic ramifications across all social classes. The extravagant up-styles consisted of costly jewels and at least two pounds of flour. Furthermore, the crop failure of 1775 had disastrous consequences. As bread prices soared throughout the 1780s due to grain shortages, public outrage intensified toward hairstylists because of the excessive amount of flour needed for hairstyling. Hairdressers were blamed for starving the people. The British elite society disparaged and discredited hairdressers in response to the French revolution and feared it spreading to Britain. Irish parliamentarian Edmund Burke wrote, 'The occupation of a hairdresser cannot be a matter of honour to any person.' 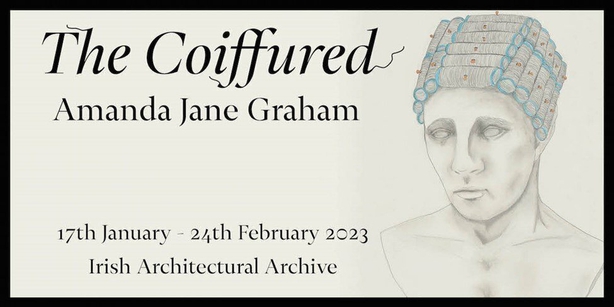 The Coiffured is at the Irish Architectural Archive, 45 Merrion Square, Dublin until 24th February - find out more here. 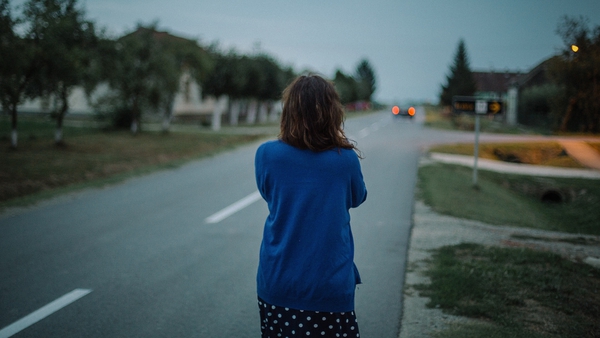 In The Picture: Her Own by Dragana Jurišić