We present an extract from Ireland's newest literary journal, The Four Faced Liar - read Dunnock by Aileen Hunt below.

The quartet of Cork-based writer/editors wanted to magnify Leeside as a cultural capital through the journal, whose name is inspired by the famed clock at Shandon Tower, while also showcasing exciting national and international creative talent.

Peadar Maloney heads off to the bog wearing his father's overcoat — an old shapeless thing of uncertain colour. Under his arm, he’s carrying a brown paper parcel tied with string.

The September air is crisp, but Peadar is already starting to sweat. He slows his step for a minute, then changes his mind and speeds up again. Over the hill he goes, through the gap in the gorse and past Murphy’s rusted gate. Not far now.

At the bend, he meets Mick Reilly’s father, Joe. His heart sinks.

"Brisk day," he says, and Reilly’s rheumy eyes take in the parcel. Peadar brazens it out. "Any luck at the mart this year?" he asks. Reilly thrusts his hands in his pockets.

"Sure you know yourself," he answers. "Good and bad."

"That’s the way of it," Peadar agrees, and steps around his neighbour. "I’m off for a walk before tea," he says, leaving Reilly two additional mysteries to ponder in his nightly rosary —the absence of Peadar’s dog and the contents of Peadar’s parcel.

As soon as he’s out of sight, Peadar takes a big lugful of air. What now? Reilly will tell everyone he meets about their encounter. Peadar should probably get home, save himself the trouble of having to answer awkward questions the next time he’s at the pub. But he can’t stop now. All week, he’s been thinking about the bog —the great empty stretch of it, the sudden pools that appear and disappear beneath his feet. The perfect place.

The sun emerges from behind a cloud and Peadar takes its watery warmth as encouragement. He hasn’t slept since he found the suitcase in the attic, hasn’t been able to concentrate on anything but the trip to the bog.

He thought he’d go early in the week, steal out when his father was down the village or round at Sullivan’s. But it’s Friday now. The days slipped by in their usual monotony. Milking in the morning, the plink of milk against

metal a type of conversation. Painting the byre with slick, dripping whitewash. Sloshing water over the muck and cow pats in the yard. Always another job to do. Another reason to wait.

At night, Peadar sat in the chair that used to be his mother’s, pretending to read in the yellow light of the kerosene. But his eyes refused to focus, skipping instead to the shadows flickering on the flags beside his father’s feet.

"Will you have a drop?" his father asked, but Peadar shook his head. His dreams were strange enough.

A gust of wind in the hedgerow, and the startled squeak of a dunnock. Peadar lifts his head. Almost there! He quickens his pace, feels the familiar squelch under his boots. In front of him, the bog widens into its drab, brown nature. He pushes in, past a handful of ricks waiting to be brought home; a silver flask forgotten on top of the peat. On into the centre, as far from the road as he can get.

Yesterday, one of the sheep got stuck on a neighbour’s fence.

"Hold him still," his father had barked, tearing the wool from the barbed wire with his bare hands. "Bloody sheep. They’ve no sense."

Peadar held the sheep by the shoulder, tried to reassure it through the firmness of his hands. He wanted to touch the pink oval of its ear, to see how the velvet felt on his calloused hands, but his father slapped the animal on the rump, roared at it to get lost for God’s sake. Together, they watched it take off across the field.

"It’s a wonder some animals survive at all," his father said. "Always trying to escape." He coughed a brittle cough and turned towards the house.

Peadar sets his parcel down beside a small pool, stretches tall and spins in a slow circle. The empty bog sweeps away from him.

He listens for low voices or the tell-tale suck of a boot in the mud, hears only the click, click, of a grouse hiding in heather. He pats his trouser pocket, checks to see if the box of Maguires’ he took from the kitchen table is still there.

And now Peadar kneels on the wet ground and tugs at the string around the parcel, but his hands are shaking, and it takes three attempts to pull the string free of its knot. He folds back the brown paper, his heart hammering through his father’s coat, and he can hardly look now, he remembers it so well. The surprise when he stumbled across the suitcase in the attic, the quick peak inside, the slowing of his breath when he realised what he was seeing.

He's going to be disappointed, he’s sure of it, his memory bound to have tricked him. But his eyes widen when he sees the clothes again. The colours! Pink and lilac. Silvery blue. Raspberry.

He reaches down and takes the rainbow in his hand, flicks it into the air. So light! He holds the silk against his chest, feels it flutter in his hands. He waits for just a second before looking down at his reflection in the pool, and his smile is wide and sudden as the Shannon.

And now a groan rises from Peadar, an anguished cry like the bellow of a cow calling for her calf. He bunches the clothes into a ball, piles them onto a rock. What was he thinking coming here? He should never have opened that suitcase.

He fumbles in his pocket for the matches, strikes the head against the rough edge of the box. The clothes burn slowly, their colors darkening until they match the black-brown murk of the bog. Peadar stands over the shrivelling ashes and his father’s coat hangs like a shadow from his shoulders. 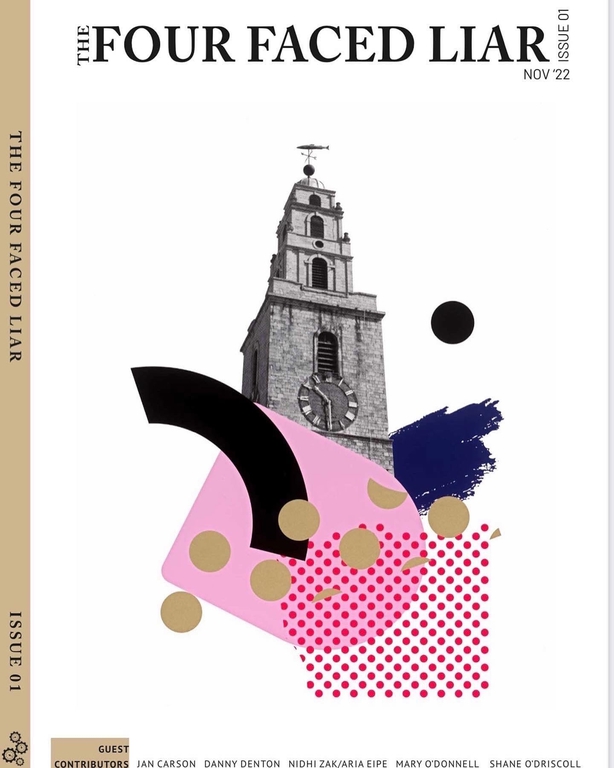 The first issue of The Four Faced Liar is out now - find out more here. 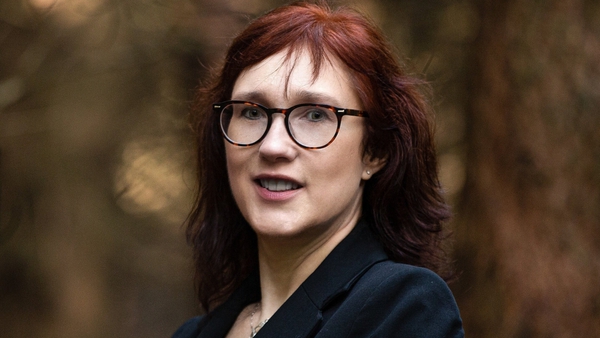 The Mystery Of Four by Sam Blake - her new thriller extracted