If there was such a thing as outlaw jazz, then Charles Mingus would be the first name on the list. The hot-headed visionary was an architect of modern improvisation. In the words of arranger and conductor Guy Parker, "All the rock n' rollers love Mingus." We only need to glance at the roll call of luminaries who were inspired by Mingus to get a sense of his influence.

For his final musical project, he collaborated with Joni Mitchell on an album simply called Mingus. After his death, Elvis Costello toured with his Big Band. Rock n' roll royalty such as Keith Richards and the late Charlie Watts recorded a Mingus tribute album, Weird Nightmare, which was also the subject of 1992 documentary directed by Ray Davies of The Kinks.

In the 21st century, Thom Yorke revealed that Mingus's piece Freedom from his 1962 live album, The Complete Town Hall Concert, profoundly inspired a Radiohead single entitled Pyramid Song. This elegiac cut from Amnesiac was in turn hailed as one of the best tracks of the noughties by Rolling Stone and Pitchfork. Mingus was notoriously known as 'the angry man of jazz' and prone to volcanic outbursts both on and offstage. Singer and guitarist Carlo Jackie Paris witnessed him chase everyone off the stand during a rehearsal. He famously scolded a noisy nightclub audience with some choice language, claiming the violinist Isaac Stern would not tolerate such disrespect.

In addition to an accomplished bassist, Mingus was a pianist, composer, bandleader, and author. Beneath the Underdog: His World as Composed by Mingus is a sprawling quasi-autobiography that took him more than two decades to write. He told the pioneering jazz producer Nesuhi Ertegun that his music was challenging because it reflected his complex personality. "What I'm trying to play is very difficult, because I’m trying to play the truth of what I am," Mingus said. "The reason why it’s difficult - it’s not difficult to play the mechanics of it - it’s because I’m changing all the time."

On the centenary of his birth in April 2022, Marcus J Moore, author of The Butterfly Effect: How Kendrick Lamar Ignited the Soul of Black America, and New York Times Jazz Critic, Giovanni Russonello paid tribute: "His playing style was fierce, almost violent, as if the trauma of American racism was coming through it."

For their forthcoming NCH event The Duke and Mingus, Guy Barker and the RTÉ Concert Orchestra will select some of the works that inspired Mingus during the first half of the show, including Duke Ellington’s Fleurette Africaine and Caravan by Juan Tizol. Consistent with his volatile tendencies, a dispute with Tizol reportedly resulted in Mingus getting unceremoniously fired from Duke Ellington's band.

The Mingus Suite will intersperse stories about his fabled life with some of his most celebrated works, including Fables of Faubus, Wednesday Night Prayer Meeting, and Goodbye Pork Pie Hat. One of the world's most renowned clarinet and sax players, Giacomo Smith, will perform alongside vocalist Allan Harris at an unmissable evening for jazz aficionados.

Join them to pay homage to one of the most singular musical talents the world has ever known. 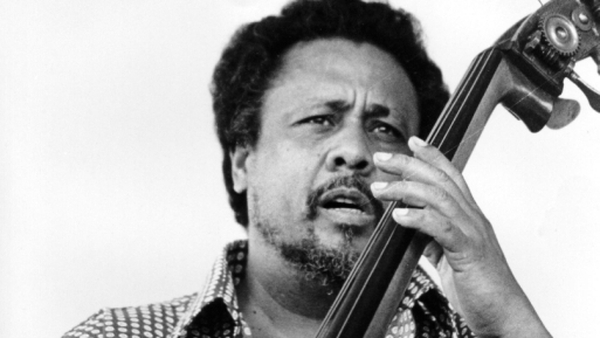