Tár follows superstar conductor Lydia Tár, played by Cate Blanchett, as she conducts the Berlin Philharmonic (represented in the film by the Dresden Philharmonic) in a much-anticipated performance of Gustav Mahler's Fifth Symphony, writes Ian Pace.

Conductors have only received relatively sporadic exposure on film. Among the more notable examples are the understated performance by Stellan Skarsgård as Wilhelm Furtwängler facing denazification in István Szábo’s Taking Sides (2001) and the sadistic jazz conductor Terence Fletcher in Damian Chazelle’s Whiplash (2014).

These films, and others, focus on exalted music, seemingly inhabiting a privileged realm and the murky realities of life and musicians as flawed human beings.

In the last decade numerous stories have exposed musicians abusing pupils (often underage), grooming students and using their power to exploit others. Names like Michael Brewer, James Levine or Placido Domingo will never be viewed in the same way and more victims of such predators have felt able to speak out.

A striking film about power, identity and passion and their role in classical music, Tár is concerned with this recent history of abuse.

Lydia Tár has worked her way through principal conductorships of several major US orchestras towards the prize position at the Berlin Philharmonic.

The film follows her preparations for a live recording of Mahler’s Fifth Symphony with which she will complete a cycle of the symphonies (something of a rite of passage for big name conductors since Leonard Bernstein did so in the 1960s). She conducts the Adagietto, notorious since Bernstein conducted it at Robert F. Kennedy’s funeral, before being used in Luchino Visconti’s film Death in Venice (1971).

Despite being the first female to occupy the position at the Berlin Philharmonic (in reality no woman has yet done so) and openly lesbian, Tár is quite dismissive of identity politics.

This is made clear in a memorable scene with a student who himself dismisses "white male cis composers" such as Bach based on their treatment of women.

A clash of generations is played out. Tár, born in 1972, is around 50 and has a curt attitude towards younger musicians who use social media and discover recordings through YouTube rather than LPs or CDs. She also wonders why some are more obsessed with musicians’ identities and biographies than with their music. Tár often asks whether a musician’s personal history is important to our love of or the importance of their work.

We gradually discover that this is a loaded question for her as it becomes clear she has acted, like her male counterparts, in a sexually predatory manner towards young women and can otherwise be selfish and manipulative.

The film has prompted a negative response from conductor Marin Alsop who has expressed offence at the film stating:

To have an opportunity to portray a woman in that role and to make her an abuser — for me that was heartbreaking … it’s not really about women conductors, is it? It’s about women as leaders in our society.

Alsop also noted that Lydia Tár’s biography shares various aspects with her own. Alsop is arguably the most famous female conductor in the world and the first female chief conductor of a big American orchestra. But Alsop’s biography might not make the type of compelling drama that this film undoubtedly is.

I have played orchestral piano with Alsop conducting and can confirm she’s not at all like Tár, both in terms of manner and indeed conducting technique.

Alsop’s critique also falls short in other ways. It would be rash to assume that such a figure could never act in a predatory and exploitative manner. This is not just an issue of identity, but power and the opportunities it provides for the reckless.

Yet Blanchett’s remarkable performance manages to elicit some sympathy, despite the indefensibility of her actions (especially when she threatens another girl at her daughter’s primary school). Therein lies the fundamental ambiguity that makes this much more than a simple didactic piece. Her vulnerable body language and visible attempts to suppress feelings and tics in front of others are contrasted with hyper-stress in private.

The film is directed in a subtle and unostentatious manner by Todd Field. It opens with several extended tableaux (an interview, a scene where Tár meets fans in the lobby, a rehearsal) into which gradually short scene shifts are inserted to mirror Tár’s progressive mental collapse.

Field also makes judicious use of shots from the stalls or back of the concert hall to communicate a sense of the dislocation and isolation of Tár and those close to her. He understands well the power of sound for musicians. Tár is driven by sound but also maddened by it. Audiences are brought into this with a series of scenes where stray noises from a metronome or fridge provoke Tár’s ultra-sensitivity.

Tár is a highly strung conductor specialising in emotionally intense performances of her beloved Mahler, replete with string vibratos and abrupt shifts of mood, typical of a certain late-20th-century performance aesthetic. She employs wild, extravagant gestures, seemingly representing a charged passion for the music.

However, Blanchett’s conducting is one of the film’s only weak spots.

Her exaggerated motions lack the long-learned clarity of beat, coordination of arm and hand and security of posture that is clear when watching Tár’s idol Bernstein. Her violent two-handed sideways swipes with the baton would be more appropriate if she was playing a swordsman carrying out a decapitation.

This overwrought style of music-making is part of Tár’s wider temperament. The film asks whether such an approach to music and conducting leads her to act callously and contemptuously towards others as it infects her wider attitude on life. Should we ignore that when the music is so good? Possibly not.

Ian Pace is Professor of Music at City, University of London. This article originally appeared in The Conversation. 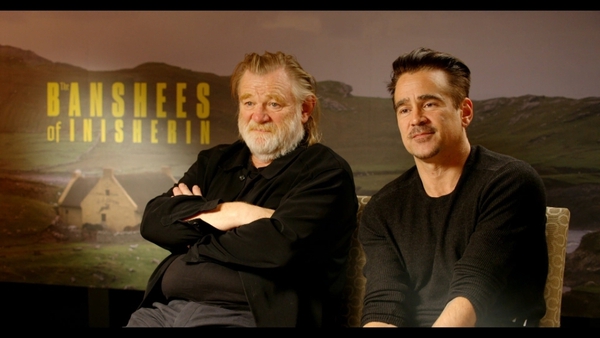