Ahead of a pair of very special performances at this year's First Fortnight Mental Health Art & Culture Festival, writer and performer Timmy Creed introduces his acclaimed play Spliced, which explores his experiences within the GAA and his struggle to become an individual outside of the sporting institution that raised him.

I find it strange and surprising looking back on things I have written. Tuning into the headspace or clarity of that moment. Wondering where the thoughts come from. How it feels to hear it said now. Rehearsing and performing this show brings me back to a time while giving perspective in the moment.

I have performed this show over 100 times around the country in handball alleys, GAA clubs, theatres, schools and squash courts. More times than not it is a hit - besides the time in Portumna when a lad stopped the show to say that it was 'a pile-a-s**t' and insisted people were wasting their time there. That aside, the single most challenging time performing it was in the outdoor hurling alley in my home club Bishopstown in Cork. The place that has shaped me more than anywhere else.

After 5 years away from the club, I had gone back playing hurling the previous year as I was writing the show with time on my hands and a desire to remember the feelings -- the love, the joy, the togetherness, the tension, the competition, the masculine energy, the sheer momentary brilliance of it. I surprised everyone by getting back in the team and playing as care freely as I ever had, maybe I was right; time away, acting, yoga and magic mushrooms make you a better sportsman?

It was midsummer in Cork. The purple sky was the backdrop to the stage of hurling meets theatre, sport meets art. We had taken over the club for the week. Gina Moxley, our director, was starting to blend in, kind of, the design team were making themselves at home and the posters hanging were all signs that something else was happening. Players were stopping into the alley to see their space transforming. The expectancy was building.

The play allowed a tenderness to manifest, a conversation to start.

The night of the first show I got a lift up to the club with me Da. A journey we both knew so well. Both of us excited. He carried in the gear and hurleys. He made risotto for the crew in the Bishopstown colours of Maroon & White, beetroot and parmesan, his signature. We called him ‘coach’. His fatherly pride palpable. Gina bought us all fake medals as a nod to the medal winning and wearing in such places. The changing room became my dressing room. The club bar was buzzing with audience. The clubhouse had become the theatre.

I remember warming up in the hall before the show, listening to the Gloaming song Saoirse. The song speaks to the struggle between individuality and serving a tribal code, between creative freedom and containment. A longing to belong while longing to be free but not being able to let go of either. I understand that struggle. I could relate. My body was tingling.

For the first time in the club, I was centre stage. Eyes were on me. Nowhere to hide. They listened. They laughed. They loved it. It was definitely the most I had spoken in 20 years playing up there.

The chairman said to me - I hope this place has given you the courage to stand up and tell your story. It has. And the play has allowed a tenderness to manifest, a conversation to start.

Spliced will be performed in The Show Court of the Handball Alley in Croke Park, the home of GAA, on Saturday and Sunday January 7th and 8th 2023 - find out more here. 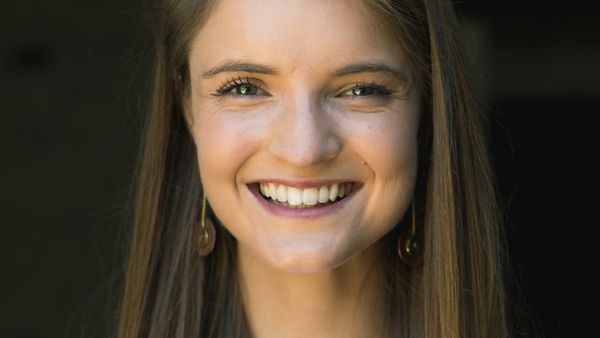 First Fortnight: Molly Twomey on the healing power of poetry