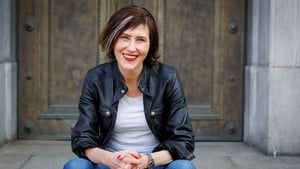 Presenter of The Full Score on RTÉ lyric fm

It's a Marmite proposition. Come to a Classical music festival? Sure, why not, I’m good for a bit of Mozart or Mahler. But a Baroque festival? Naaah, not so much - for many of us, the past is another country. Images arise of languid scholarly types, furrowed over their scores, and interminable twiddles of sound echoing through the dusty gloom… Far removed from a good time, and frankly, a bit intimidating.

This is a misconception Pauline Ashwood intends to tackle head on. Programme Director of the Ardee Baroque Festival, her ambitions encompass both artistic excellence, and a genuine reaching out to potential audiences, by way of this acclaimed 'boutique’ festival. "I’ve always said from the beginning that I’m here in a caretaker capacity, because I’m not from that school of purism", she remarks.

Now celebrating its 18th year, Ardee Baroque was initially founded in collaboration with the acclaimed Irish Baroque Orchestra (IBO), as a showcase of excellence in Historically Informed Performance (H.I.P.) - its focus on the use of authentic baroque instruments, and programmes crafted in a specialist, or ‘purist’ vein.

These days, the event balances this purism - fidelity to H.I.P. practice - with an approach of dynamism and openness. Held over three days, Ardee Baroque ’22 caters for Baroque newbies, alongside hardcore devotees of period music: plus, there’s a gorgeous Family Concert on Saturday afternoon, packed with name-that-tune hummable favourites for the kids.

This year’s Festival highlight offers a concert with Baroque violinist Rachel Podger - one of the most revered practitioners of today, and a famously affable ambassador for her instrument and music. Together with the Irish Baroque Orchestra - resident ensemble at Ardee - she performs a programme of composers associated with J.S. Bach: Hasse, Goldberg (yes, he of Bach’s Goldberg Variations fame) and Bach’s eldest son, Wilhelm Friedemann Bach.

"Ultimately, if we don't have bums on seats, what’s the point in having a festival?"

Though Pauline is thrilled at Ardee’s coup in securing an appearance by Podger, she takes a pragmatic view. "To the man in the street in Ardee, Rachel Podger isn’t a household name," she points out, "so what I’m trying to do is to marry it, so that the festival has something for those that adore Baroque music, those that adore gut strings authentic performance… And then you’ll also get extremely well-performed music from the Baroque era that would be played by a wonderful ensemble of musicians. But it’s short excerpts - it’s three or four minutes, not a twelve minute concerto. So the idea is delivering to two audiences: get them in on Friday with ‘Oh my gosh, I do know this, I recognise this’, and then 'If you enjoyed this, come back tomorrow'."

For all her protestations of non-purism, Pauline Ashwood is just the woman to steer the course of Ardee Baroque. Wearing her other hat as artistic director of Drogheda Classical Music, she commandeers recital and concert seasons that bring world class artists to perform at the Co. Louth port town. Ashwood's own training as a classical singer is balanced by shrewd business savvy, which informs her approach to live performance; while she freely acknowledges that she doesn’t have the specialist knowledge of a Rachel Podger, Pauline points out that "I can put together a programme to celebrate Baroque music as most people know it - the familiar tunes, the familiar composers’ names, the more popular aspects of baroque music - because ultimately, if we don’t have bums on seats, what’s the point in having a festival?"

As well as its showcase concert with Podger and the Irish Baroque Orchestra, Ardee Baroque presents the artists’ collective Musici Ireland, in two performances. This year, Musici Ireland celebrates its 10th anniversary - and the ensemble’s trademark versatility is on display, in their Family Concert and in the festival’s opening concert, featuring a selection of Baroque arias and orchestral music, starring soprano Roisin O'Grady. It’s a beautiful blend of works, including the Vivaldi aria Nulla in Mundo Pax Sincera (used in a long ago ad for RTÉ lyric fm) and by Handel, his Gloria - a scintillating cantata, which was only rediscovered in the early 2000s.

For Ashwood, the real buzz and beauty in these concerts lies in their live performance - the passion these artists feel for the repertoire, and how they want to communicate it. "There's such a joy," she smiles. "They hear and they feel the love and the joy for this art form, and want to make it accessible to audiences".

While the IBO is an ensemble of specialist players, the Musici Ireland concerts are by and large played on modern instruments; however, Pauline has observed a real upsurge of interest in baroque practice among young Irish artists. It’s a trend which owes a great deal to H.I.P. virtuosi such as baroque violinist Maya Homburger and harpsichordist Malcolm Proud, co-founders of remarkable Irish period ensemble, Camerata Kilkenny, they’re set to close the festival with a glowing recital of works by Bach, Schmelzer and Biber.

If there’s one mile-high message to take from this, it’s that baroque music is as much about sensation as thought. In other words, it’s fun! Ashwood points me to a fabulous lockdown mini-project undertaken by Peter Whelan, bassoon dynamo and director of the Irish Baroque Orchestra. During those first dreary months of Covid, Peter crafted short videos which pair baroque dance music with scenes from contemporary life. Including an immortal pairing of Rameau opera and a full-on mosh pit scene.

Pauline sees zero incongruity in the juxtaposition: "That was dance music, court music of the time," she reminds me. "That was how people had fun, and it’s just that our fun is very different now - but if you marry the music, the rhythms have remained the same. My reaction is, it’s just really fantastic music, and it doesn’t matter if it’s 21st century, or 16th or 17th century - it’s just live music, and it’s the joy that that brings to us." 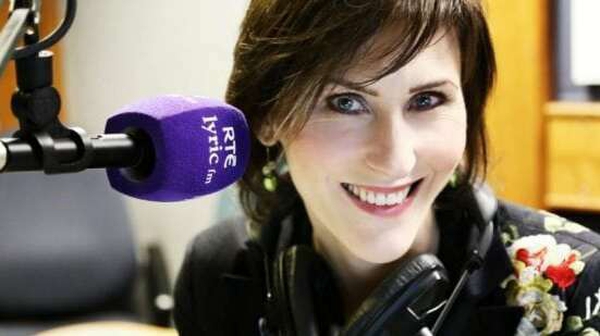 Something For The Weekend: Liz Nolan's Cultural Picks