Walking from the train station to the centre of Drogheda, the distinctive stepped gable of this brilliant white building stands out amongst the building tops, across the Boyne. The Technical School or the 'Old Tech' (now the Drogheda Institute of Further Education) is one of the intact examples of High Modernist architecture in the Northeast.

Early Days of the Department of Education

In 1924, the Intermediate Education Act combined the old Boards and Commissions into a single Department of Education under one minister. The new department oversaw a network of national schools across the country. Most were run by the various churches on a parish basis, with the Department paying some of the building costs and the teachers’ salaries. The Catholic Church guarded their control of education jealously against political interference. National schools were, and largely still are, managed by boards chaired by clergymen and influenced by Church decisions. 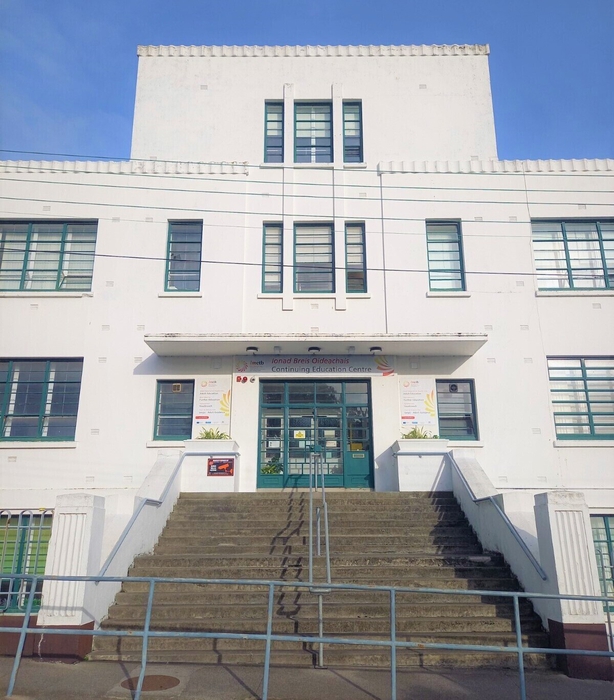 After the formulation of the Free State, only about ten per cent of students went beyond primary school as secondary schools were privately owned, again mostly by religious bodies. They charged fees and even though these were low most families could not afford them. In 1899, technical schools had been set up to provide vocational training. By 1929, there were sixty-nine in existence, with a student body of 2,500. This low attendance probably reflected the low demand for technically trained workers in Ireland. 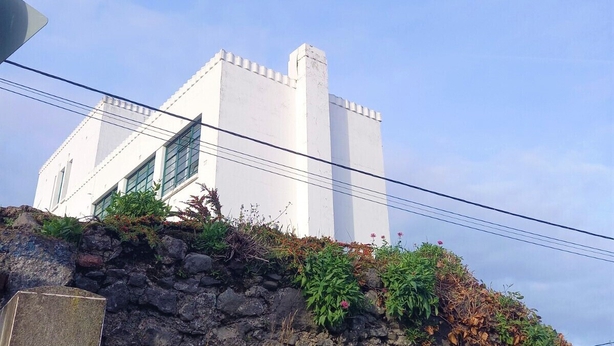 The thirties saw a succession of economic depressions which resulted in high unemployment in sectors such as meat and dairy. To deal with the increasing population of unskilled labourers the government passed the Vocational Education Act in 1930, which left to local councils the task of developing technical schools (1). The bishops sought an assurance from the Minister for Education that these schools would not provide general education for those aged 14 – 16 years. Consequently, these schools were prevented from teaching academic subjects and from entering their pupils for state examinations. As a result, parents did not regard them highly and they would remain the poor relations of the education system for most of this period. Such was the threat of the vocational schools that throughout the forties and fifties the Church’s secondary managerial bodies were strongly of the opinion that the vocational system should be abolished and be ‘started again on new and thoroughly Catholic line’ (2). The story of the vocational education system demonstrates the Irish Catholic Church’s struggle to maintain authoritarian control in schools and successive government’s policy of appeasement and diplomacy. 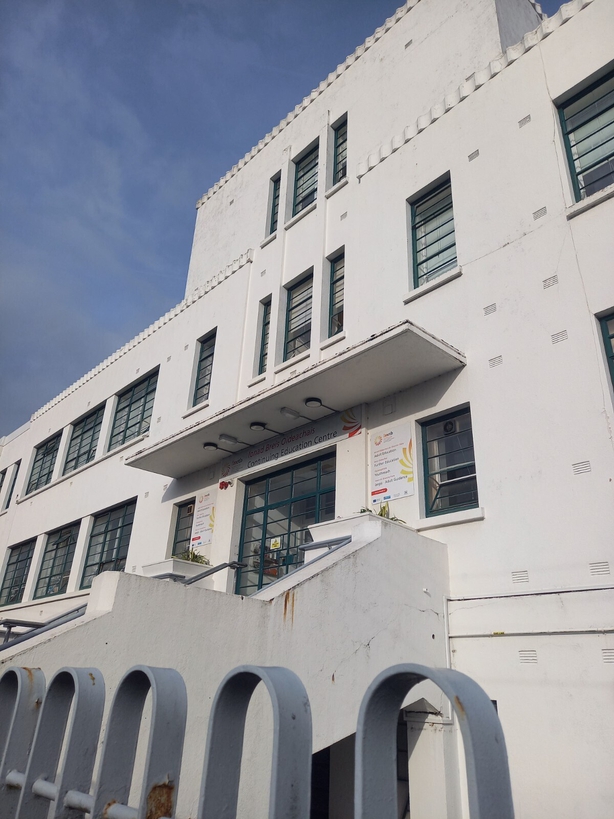 Nevertheless, the contribution and opportunity the Vocational Educational Act made to Irish society cannot be underestimated. The Primary School Certificate was voluntary until 1943 and as late as 1957 only 10,000 students sat the Leaving Certificate. Even though Ireland became a Free State in 1922, we modelled our civic policies on that of Britain, which had established technical schools before the Second World War. 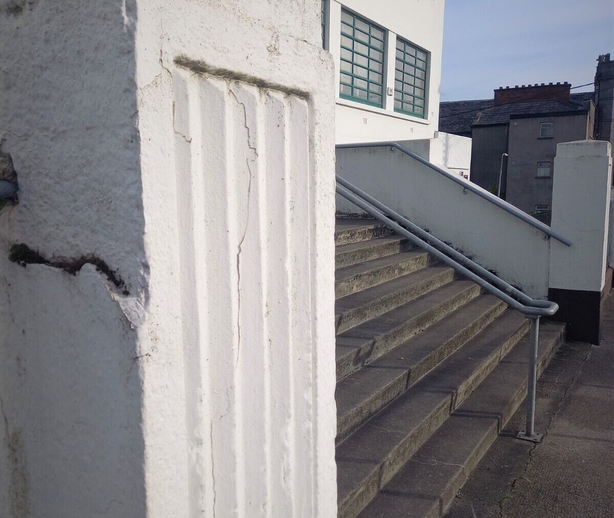 The plans for the main school building and a caretaker’s lodge were drawn up by 1934 when the Drogheda Vocational Education Committee advertised the tender for building works. St Laurence’s School as it was first known was opened on 6 June 1936 by the Minister for Education Thomas Derrig (1897-1956), who commented that ‘it was another step in the fitting of the children to take their place in the battle of life’. 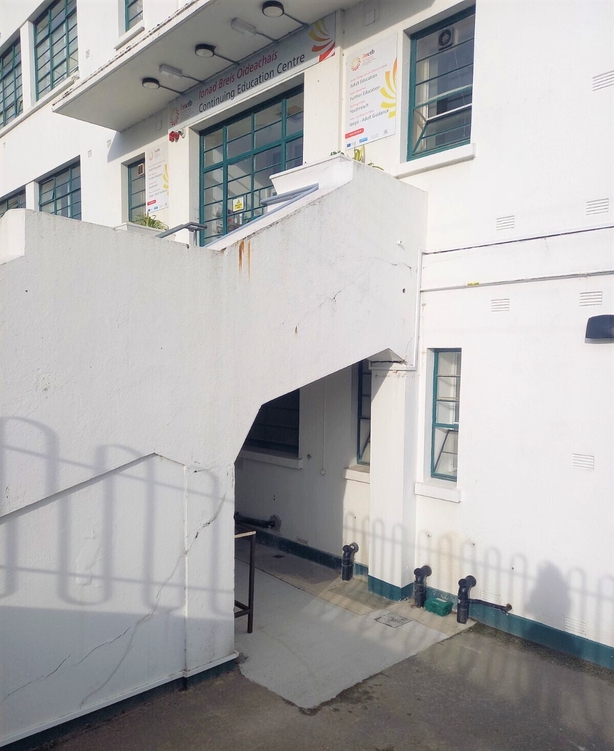 The school is a detached, eleven-bay (since 1952 when extended by W.H. Byrne & Son adding an extra four bays), three-storey building with a four-stage central block. It wears its modernism elegantly but simply, with a flat roof, white painted rendered chimneystacks, concrete sills, and cantilevered concrete canopy over the entrance. 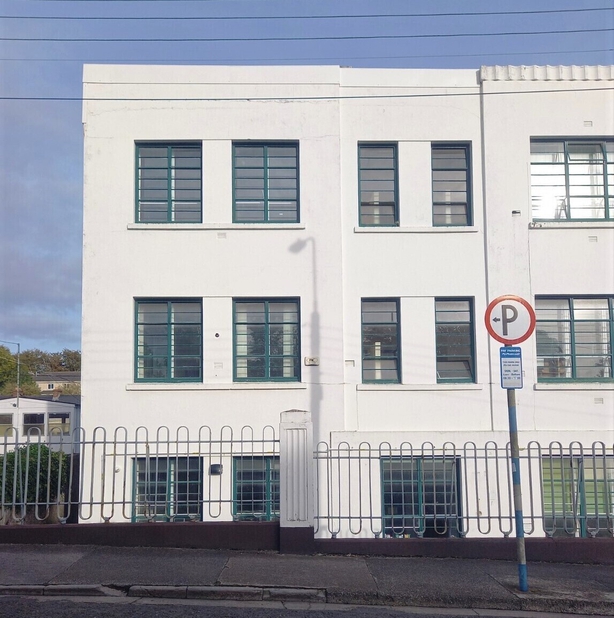 The detailing is found in the cogged brick cornice edging the parapets and the original metal windows, which the building thankfully retains. It displays a sense of grandeur with the flight of concrete steps set between fluted concrete piers that act as planters at the top, leading to the upper ground floor entrance of double leaf metal glazed doors flanked by sidelights. The geometric delight of this building is continued in the chamfered archway of the lower ground level created by the steps. The site is enclosed by metal railings. 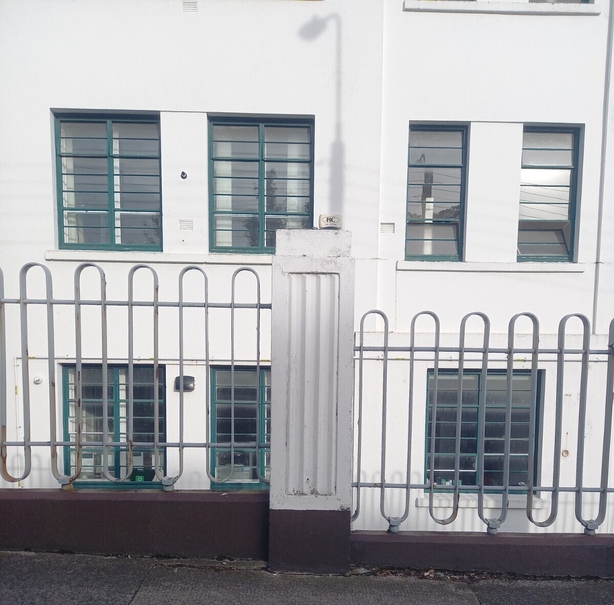 The building is well-maintained and retains many original features. With Protected Structures status on the Louth County Development Plan, this beacon of education will remain for future generations. A fine example of its era the Drogheda Institute of Further Education building, a representation of the battle for the vocational education system in Ireland, should be held in high regard far and wide.

Thank you to Aoife Ruane, Director of the Highlanes Municipal Art Gallery for her help with this article.

(1) 'The purpose of the Vocational Education Act 1930 was to remodel the existing system of technical education and to provide a system of continuation education. The most important feature of the Act was the provision made for continuation education which enables young persons who leave the primary schools at the age of 14, and do not go to secondary schools.' Vocational Education Act 1930. Department of Taoiseach Private Office Files, National Archive of Ireland, ref: 97/9/434. 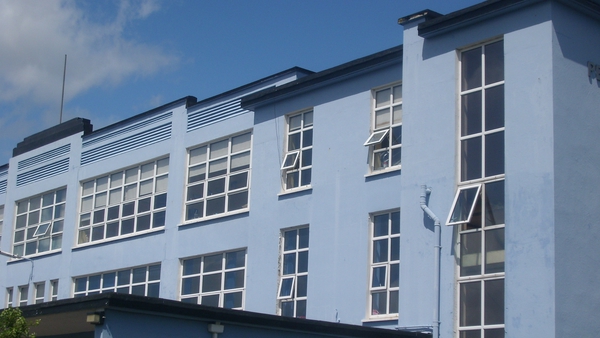