Traditional Irish music, song and dance, has conquered the world in recent decades, aided by the extraordinary success of Riverdance, Celtic Woman, and other shows.

At home, folk and traditional music are enjoying a resurgence probably not seen since the 1960s and early 1970s, when the genre was reinvigorated and reinvented by the likes of Planxty, The Chieftains and The Bothy Band.

And another group, who were pivotal in spreading the gospel of Irish traditional music and culture were, of course, Clannad.

Formed in 1970, the band were due to undertake an 18-month, 50th anniversary world tour beginning in March, 2020, but obviously global events scuppered the plan. Indeed, it was around that time, the band members decided to call it a day on Clannad, and to say goodbye to the global stage.

Next February 18th, 2023 they will say goodbye to Irish audiences with a farewell show at the 3Arena in Dublin, a show rescheduled from its original date of December 9th. Sadly, that rescheduling takes place in the wake of the recent and very sad passing of Noel Duggan, founding member of Clannad.

Last night on RTÉ Arena, Sean Rocks was joined in studio by two of the other founding members, Moya Brennan and Pol Brennan, to look forward to the farewell show, and to look back on a remarkable half-century of music. And, of course, to remember Noel Duggan. Listen above...

Tune into RTÉ Arena live nightly from Mon-Fri on RTÉ Radio 1 from 7 pm - or listen back here. 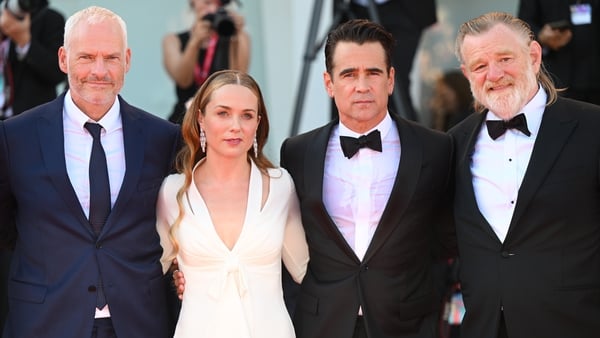