Cellist Patrick Dexter became an internet sensation when his stunning performance videos, filmed outside his cottage in County Mayo, went viral during lockdown - now he's bringing his music to a variety of unlikely venues nationwide. He introduces his Solace tour below...

Pre-pandemic, my audience was a roomful of 7-year-olds at a rural Gaelscoil. When the schools closed in early 2020, I started sharing videos of my cello playing online and ended up with an audience of millions of people all over the world. So much changed for me and my cello and, when it became possible to play for a live audience again, it felt like I had the opportunity to do something different.

My TV debut 2 years ago, I didn't expect my cello playing would bring Eamonn Holmes to tears! Congratulations to ITV's @thismorning for winning the UK National TV Award this week pic.twitter.com/Mz9mEImFnf

A whole online community had grown up around my cello playing, many drawn by my co-star, the west coast of Ireland's striking landscape. This community encouraged me to keep pursuing the wild, raw aspects of the live performances and funded the recording of my debut album Solace.

Their support gave me the freedom to experiment, and push the recording beyond the confines of classical music that cello is often boxed into, incorporating the sounds of Ireland’s nature that are inescapable in the small stone cottage where I record.

Playing Sinéad O'Connor's version of Nothing Compares 2 U on the Atlantic west coast of Ireland pic.twitter.com/ZK2tMapy1n

Bringing Solace to a live audience, I worried about losing the atmosphere in the landscape that I had come to see as such an important part of the music. I went about finding places where I thought the audience could share with me the experience I get when sound and setting come together to make something new and special.

We need your consent to load this tiktok contentWe use tiktok to manage extra content that can set cookies on your device and collect data about your activity. Please review their details and accept them to load the content.Manage Preferences

From dining rooms in period houses to Europe’s most westerly outdoor theatre along an Achill Island beach, from a stone barn on Clare Island to a record store in downtown Vancouver, the settings for the tour were chosen to break the expectation that there is a certain place for a ‘classical’ instrument like the cello.

Adding to the atmosphere of the setting, the presence of the audience, with all the nuances of their individual lives have shaped the particular feeling of each show. This has been a huge eye-opening experience for me as a performer. Taking my first tentative steps offline and into the world of live performance, has meant giving up the wild cold Atlantic backdrop for the more subtle warmth of an appreciative audience. 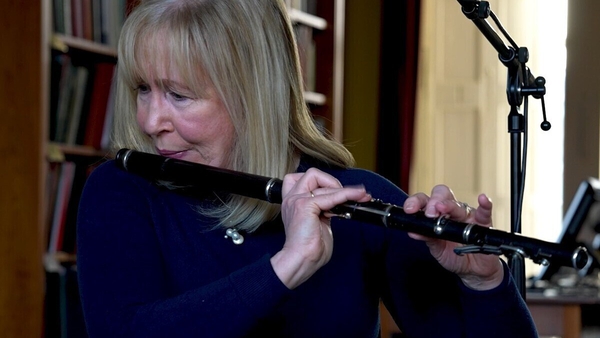