I never enjoyed watching movies as much as I enjoyed watching them in my late teens, early 20s. You could still catch interesting stuff in the cinemas in Dublin, the flea pits and the arty ones like The Academy (a club), The Light House on Abbey Street, Screen 4 in the Adelphi, the Carlton, Screen on the Green, the filthy Stella in Rathmines or cleaner Classic in Harold's Cross.

I saw Breathless with a friend and he sniggered at it and said how incompetent it was. And I thought he was probably right, but I went back to see it the next night & the next because I couldn’t get it out of my head and gave up on that friend and devoted myself to seeing Godard’s films from then onwards.

Channel 4 did a season of Godard films in the 1980s, and people wrote into the Irish Times calling him a dirty little pornographer, but that was their own prejudice projected up there. There’s no dirt in Godard.

But style, he had it in abundance, and Anna Karina and Raoul Coutard and Georges Delerue - Breathless, My Life to Live, Contempt, Bande à part, Two or three things I know about her, Weekend.

That’s enough; he changed how films were made, cut, thought about, quoted. "Truth is 24 frames a second". "A story needs a beginning, middle and end but - not necessarily in that order".

There’s plenty more I like: Historie(s)Du Cinema, Forever Mozart, Prénom Carmen. And saw all of them in a cinema too. But now, all the cinemas I mentioned above are long gone (except the phoenix-like Stella), as are JLG's collaborators, as is he.

He did a charming zoom interview last year with an Indian film festival, and he asked what is an image of silence? And then he answered his own question, "It is of snow falling on water". 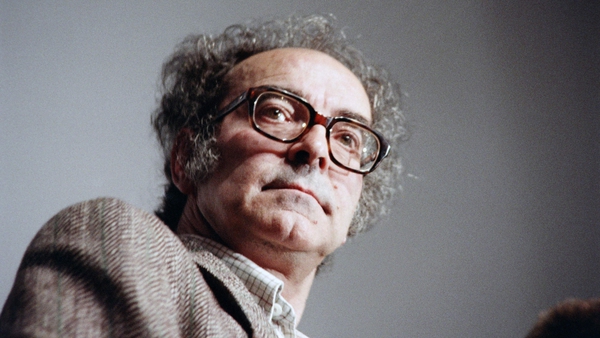