RTÉ today announced that Gavin Maloney has been appointed as Associate Principal Conductor of the RTÉ Concert Orchestra for the next three years.

Gavin Maloney is one of Ireland’s foremost musicians, at home in the worlds of classical, contemporary and popular music. He has a track record of success with the RTÉ Concert Orchestra across a range of genres and media. To give a flavour, highlights of their work together include Tchaikovsky’s Swan Lake with Ballet Ireland, described by The Irish Times as 'the indefatigable RTÉ Concert Orchestra, dynamically conducted by Gavin Maloney’; a gala concert celebrating 25 years of University Concert Hall, Limerick; a concert in the RTÉ Concert Orchestra Winter Sessions on RTÉ One filmed during Covid, New Music Dublin festival in 2022 and The Songs of Leonard Cohen, in 2020 and 2022. Earlier this month he conducted the RTÉ CO in the world première of Room with live score at the NCH.

After training at the Royal Northern College of Music in Manchester and the Mozarteum, Salzburg, at the age of 21, Gavin successfully competed for the position of Assistant Conductor of the then RTÉ National Symphony Orchestra. He has conducted all the leading orchestras and ensembles in Ireland as well as conducting in Germany, France, Italy, and the UK.

His distinguished collaborations with classical artists include Gabriela Montero, Tara Erraught, Barry Douglas, Ailish Tynan, John O'Conor, Chloë Hanslip and Hugh Tinney. In the NCH International Concert Series in 2017, he appeared with Maxim Vengerov, who has described him as 'a great maestro’. 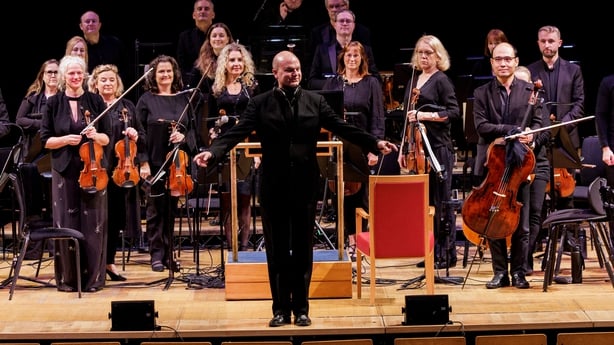 Gavin has for several years been bringing Irish music to new audiences, including conducting the world premiere of Bill Whelan’s Linen and Lace with soloist Sir James Galway in 2014. He made a major contribution to Composing the Island in 2016, an RTÉ/NCH festival exploring a century of Irish music and in 2019 he conducted RTÉ lyric fm’s 20th Birthday Gala celebration.

His recordings on the NMC and RTÉ lyric fm labels have earned critical acclaim, including that of Gramophone magazine and his concerts have been broadcast by the BBC, RTÉ, the European Broadcasting Union, Shanghai East Radio, and radio stations in North America and Australia.

Maloney's first appearances as Associate Principal Conductor will be conducting the RTÉ Concert Orchestra for a preview screening of The Irish Civil War – Episode 2 in Cork Opera House on Tuesday 13 September, and conducting the RTÉ CO and guests in a special Culture Night performance in Lough Boora bog, Co. Offaly on Friday 23 September, live on RTÉ One.

He will conduct the RTÉ Concert Orchestra Presents October Bank Holiday Monday programme on RTÉ Radio 1 and the annual Sunday Miscellany RTÉ CO Christmas concert on 1 December at the NCH. Next St Patrick's weekend, he conducts the first live collaboration between the RTÉ Concert Orchestra and trad supergroup Moving Hearts, on 17th and 18th March at Bord Gáis Energy Theatre.

'I'm very pleased to assume the position of Associate Principal Conductor of the RTÉ Concert Orchestra," says Gavin Moloney. "I have for some time enjoyed a close association with these wonderful musicians. This is an exciting moment to take on this role, and I relish the prospect of working with orchestra and management at a time of great change and opportunity in the world of orchestral music. I look forward to connecting with audiences new and old in the coming years, and experiencing the magic of music together." 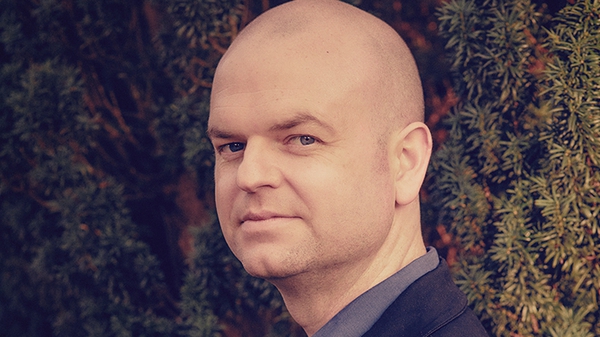