Irish author Claire Keegan has been shortlisted for the Booker Prize for her novel 'Small Things Like These'.

The announcement was made in London this evening.

There are six books on the shortlist for one of the world's most prestigious literary prize.

'Small Things Like These' is set in Wexford in 1985 and deals with themes including the family and the Magdelene Laundries.

The book was described by the judges as "a story of quiet bravery, set in an Irish community in denial of its central secret. Beautiful, clear, economic writing and an elegant structure dense with moral themes".

Claire Keegan says it is a huge honour and privilege to be shortlisted for the Booker Prize.

She said that 'Small Things Like These' was a difficult one to write because it dealt with issues of loss, what it means to be human and how people survive.

Speaking on Morning Ireland, she said it was important to highlight issues like the Magdelene Laundries because the subject matter interested her and that she was interested in criticising our society for its misogyny and attitudes towards those who were sexual.

Our society didn't come out of nowhere, she said, and we are what we are today based on where we came from.

The novelist said she found it strange that something that happened in the 1980's is regarded as historical.

'Our society didn't come out of nowhere and we are what we are today, based on on where we came from. So of course it's important. I just find it strange that something in the 1980s, it's probably because I'm getting older, but because something in the 1980s is regarded as historical fiction. But I mean, I'm 54 and I don't see I don't see being historical. I see this as something of our own societies making.'

She said she wasn't particularly looking forward to the award ceremony but that she that she would 'pull out a frock and head off and go to a big party.'

There's nothing to lose, she added.

The Booker Prize is awarded to what is, in the opinion of the judges, the best work of long-form fiction written in English and published in the UK and Ireland.

The winner will be announced on 17 October.

The 2021 Booker Prize for Fiction was won by Damon Galgut with The Promise. 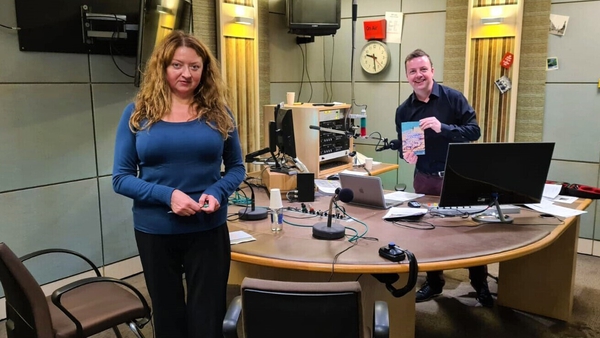 All the Small Things - Claire Keegan on her new novel