"I can take any empty space and call it a bare stage. A man walks across this empty space, whilst someone else is watching him, and this is all that is needed for an act of theatre to be engaged."

There is no one who works in theatre that hasn't been influenced by this great director and his short book The Empty Space, especially if you worked your way through the fringe. I was obsessed with his writings all through my 20s. The simple but exquisite idea of taking an empty space and making something magic happen on it was all our mantras. It’s the stone in the soup idea, you build from there. It’s an act of engagement and the engagement transports your imagination.

But the engagement has to be real.

Watch: Peter Brook speaks about minimalism in the theatre

I met him twice, once in Dublin with a dozen other directors, a meeting that was slightly intimating, alarming and hilarious for those of us who were there.

The other was a year of so later in Paris, and I got to speak to him for a short while after a performance in his beautiful theatre, Bouffes du Nord. At all times he was very friendly, patient and honest. His eyes were a startling blue and he didn’t seem to blink. For all his outward gentleness there was something of the occult magician about him.

Now he’s exited the stage, age 97, but he changed everything I think, by making the idea of making theatre much more accessible to everybody. 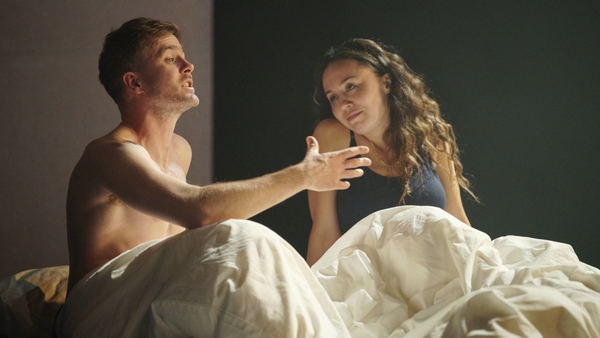