'Filmmaking can be a surreal activity unlike any other....' Filmmaker Dean Kavanagh introduces Hole in the Head, his narrative feature film debut, currently screening at the IFI Dublin.

Hole in the Head is a dark comedy-drama about memory and trauma that is underpinned by techniques that I have developed over the past fifteen years in my career as an experimental filmmaker. It is my first feature screenplay and a step in a slightly more narrative direction, shooting across various gauges of celluloid film and a multitude of videotape formats.

The project emerged from a self-penned short story that follows an amateur filmmaker attempting to solve the cold case of his parents' disappearance. Hole in the Head proposes a film-within-a-film structure in which our protagonist, John Kline (John Curran), mute and suffering long-term memory loss, navigates an intimate film production on a quest for answers. Kline hires local actors to play his father (James Devereaux) and his mother (Lynette Callaghan) in an attempt to recreate childhood memories. 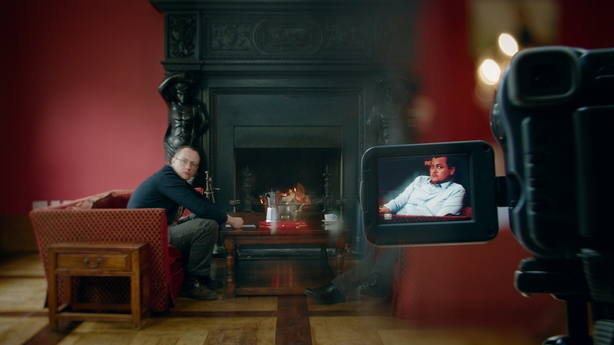 Filmmaking can be a surreal activity unlike any other. It is when you are bearing witness to a classically trained actor screaming at a six-foot anatomically detailed mannequin, and accept it as ordinary an occurrence as four technicians lighting a close-up of a knife buttering toast, that the true spirit of filmmaking has been conjured. I resonate with why so many filmmakers prefer the post-production phase over principal photography but I personally savour the process of transforming a sequence of complete fantasy into a logistical activity.

The only thing more surreal than the shoot itself was the collective thought that cinema, as we know it, might not exist by the time we wrap.

There were many odd practicalities in our small production, such as living with my cast and crew for prolonged periods of the shoot, which had us all questioning if life was imitating art. Shooting the film during a global pandemic was helpful in some respects, for example, there was relatively little I could stage that would be as weird as what was going on outside. At times, I really depended on that.

Filming throughout 2020 and 2021, while stressful, formed some of the most remarkable experiences I've had working on any project. This was largely due to the impeccable organisational skills of my producer, Anja Mahler and the commitment of my amazing cast and crew. Initially, the production was shelved but I decided to quietly develop it each day until the notion of shooting a film during COVID was plausible. We took advantage of the time available to finalise the screenplay; acquire insurance; cast the film and workshop the roles over Zoom; crew the film; acquire the equipment, and so on. It was a tiny team and a vast undertaking for a story that involved everything from animation to pyrotechnics. 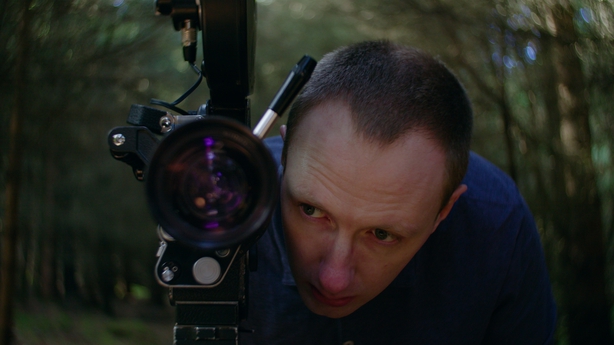 The creation of the film’s title sequence is a fine example of working within our limitations. Since an elaborate optical printing sequence on 35mm was no longer possible, Anja and I created the titles on a test roll of 16mm using photochemistry and plants. With the help of a friend’s laser CNC machine and the Irish postal service, we completed the title sequence within four kilometres of our homes. Thanks to Ireland’s unique weather, it took three months to expose the 500 feet of film- and that was a good summer!

Our production would see us chasing light and locations across Cork, Kerry, Carlow, Wicklow, Dublin and Galway for two years with post-production occurring simultaneously. I was in regular contact with our funders, The Arts Council, who were incredibly supportive throughout and offered us extensions and COVID-19 completion funding to get the project across the line.

Hole in the Head is a film conceived, mastered and mixed with a cinema theatre experience in mind. Thinking back to the production, the only thing more surreal than the shoot itself was the collective thought that cinema, as we know it, might not exist by the time we wrap. Thankfully, the movie-going experience still exists. This is not solely due to the resilience of the spectacle but also to the persistence of filmmakers and audiences. It is because of our need to experience something other and our desire to preserve a ritual undertaken alone together in the dark.

Hole in the Head is currently screening at the Irish Film Institute - find out more here. 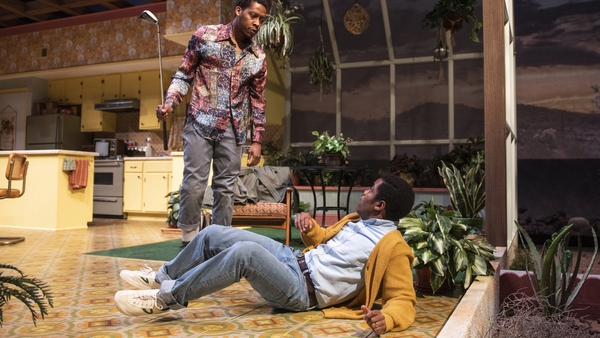