We're delighted to present an extract from The Amusements, the debut novel by Aingeala Flannery, published by Penguin Sandycove.

In the seaside town of Tramore, County Waterford, visitors arrive in waves with the tourist season, reliving the best days of their childhoods in its caravan parks, chippers and amusement arcades.

Local teenager Helen Grant is indifferent to the charm of her surroundings; she dreams of escaping to art college with her glamorous classmate Stella Swaine and, from there, taking on the world. But leaving Tramore is easier said than done. Though they don't yet know it, Helen and Stella's lives are pulled by tides beyond their control.

Star of the Sea

I was in love with Stella Swaine. We met on our first day back to school after the summer holidays. By met, what I mean is really met. Of course, I already knew who she was. My brother Christy and his mates used to call her 'Stella Swoon'. She dropped her school bag at my feet, kicked it under the chair, and sat down beside me. Stella Swaine: kohl pencil circling her eyes, a silver stud in her nose, and lava-red hair flowing over her shoulders, all the way down the sleeves of her school jumper. Klimt’s Danae might as well have walked into the art room.

I could feel her take the measure of me. She flicked a glance at the floor, where my new Doc Martens were slowly murdering my feet.

And that was the start of it all.

There’s things you need to know about what it was like growing up in Tramore. Some unwritten rules:

Stay away from townies and jackeens.

Stay away from the salt marsh, it’s full of quicksand and perverts.

Get out before you’re twenty, or you’ll have to abide by the rules forever.

This was the story for girls. Fellas didn’t have to abide by any rules, a few digs was all they’d get if they stepped out of line. And whatever their transgression was, it’d have to be serious, criminal like, and they’d have to be caught red-handed.

Robbing cars, breaking into houses, setting fire to gorse, smashing windows, hammering the shit out of the son of a local guard or county councillor. For any of these, they’d be flaked. You didn’t have to do much if you were a girl to land yourself in trouble. Having a fanny was enough. Once you’d been cautioned, and you were cautioned many times, there was no good cribbing about the consequences.

There were degrees of consequence. Rumours would start. In school, people would mutter behind your back, but within earshot, about what a dirty bitch you were. Or a liar. Or a straip. Your talent for blow jobs would be scratched with Biro nibs into desks and toilet doors. Notes would circulate and find their way into your school bag, grubby scraps of copy book that diagnosed you with crabs. Around the town, people would stop talking to you because a teacher, or somebody’s mam, cousin or next-door neighbour – basically any nosy parker with nothing better to do ‒ had passed remarks about you. You’d be sent to Coventry, and there you’d stay until somebody popular decided you’d served your time, and you’d be let back in. From that day on you’d keep your head down.

Pregnancy was the ultimate consequence. We all knew this, because we were told (umpteen times) that it was a given for any girl who went gallivanting across the sand dunes, particularly in the company of a townie. They could knock you up just by looking at you. It happened to three girls from our school. Nicki Power, who’d a baby boy and ended up married to the brother of the young fella who got her into trouble. And Louise Hearne, who’d to be taken to Liverpool by her mam to get rid of it. When they got back, all the fellas pretended they didn’t know her for fear they’d get the blame, even though the dogs in the street knew that Oscar Mulcahy was responsible. I swear, you’d have thought babies were contagious, the way everyone avoided her.

The one I knew best was Geraldine Halpin. I have this memory of her, after everybody had stopped talking to her, sitting against the handball court in her woollen socks and kilt, hairy white knees tucked up under chin. She was deep in conversation with Stella, who couldn’t have given two shits on a Sunday what anybody thought, and in hindsight probably only attached herself to Ger because Stella was contrary like that. Geraldine Halpin was starting to show. She didn’t come to school one morning, or the next, or the one after that, eventually the days turned into weeks, and the weeks ran into months until she vanished entirely from our minds. 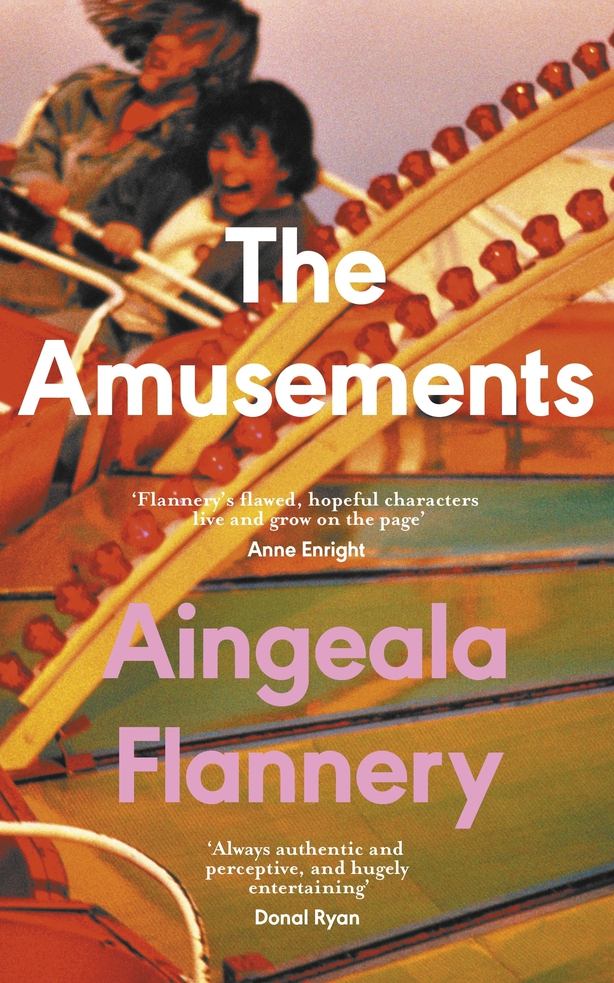 The Amusements is published by Penguin Sandycove 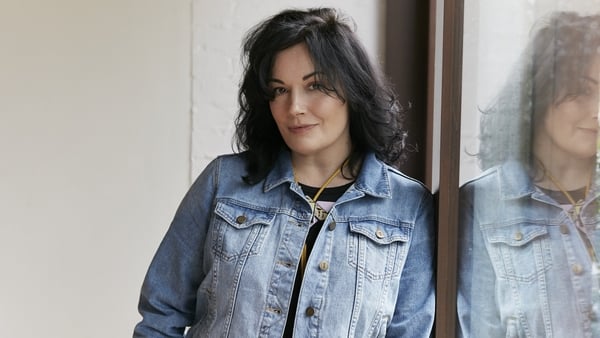 Something For The Weekend: Aingeala Flannery's Cultural Picks