Photographer Deirdre Brennan introduces her new book, Following Ulysses, which uses the map and structure of James Joyce's novel to consider politics, race and class in modern Dublin - see a gallery of images from Following Ulysses above.

Following Ulysses is the culmination of a 10-year photographic project. After my first reading of Ulysses, I was inspired to use the structure of James Joyce's novel to explore the themes of culture, politics, character and social struggle in modern Dublin.

Each photograph corresponds to one of the 18 episodes in Ulysses.

In keeping with the style of the novel, I wanted my photographs to reflect both a social and magical realism.

I wanted my photographs to recreate the feel, language and mood of Dublin today by retracing the wanderings of Leopold Bloom and the other characters in Ulysses. 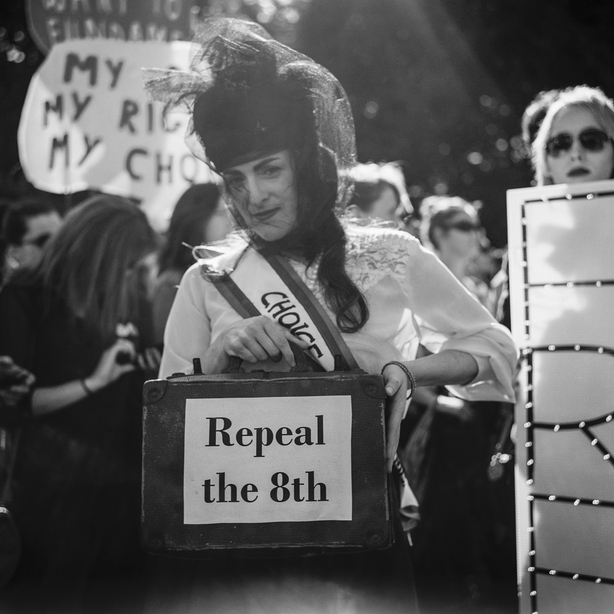 The profusion of literary styles in Ulysses have been mirrored in my photo essay. I combined several photographic genres in this project, from street photography, portraiture, photojournalism through to landscape photography. I found it very liberating in the storytelling process to be freed from the usual restrictive confines of the photo essay. 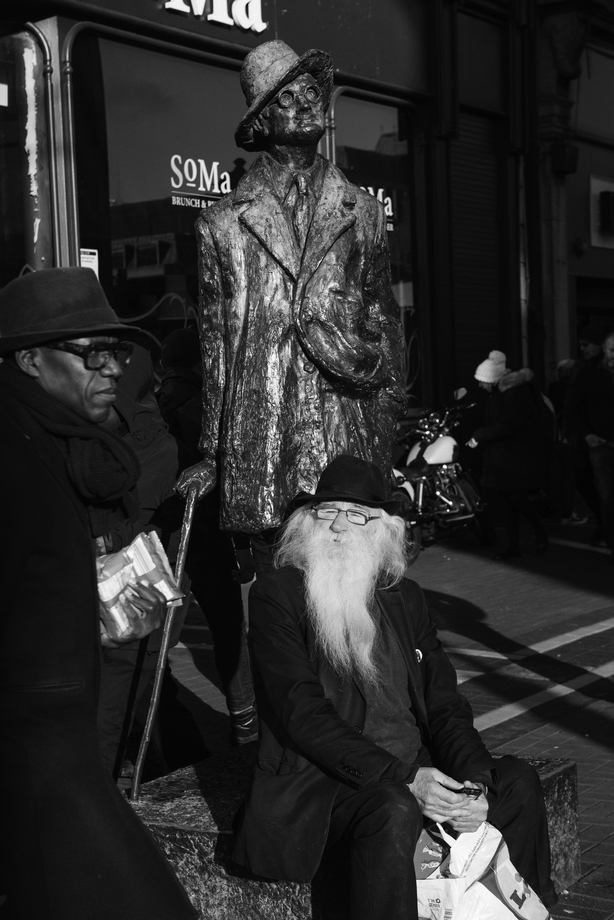 Setting out on my journey, I used the notes that I had made whilst reading the book. I have an intuitive reaction to people and places. The minute they cross my path I recognise something in them that I want to capture. I have a natural curiosity about the person on the street and I really enjoy hearing their life's stories. I would also see people and places reminiscent of scenes from the novel and Joyce’s biography pass before my eyes.

A lot of my influences also come from growing up on Camden Street. Surrounded by a cast of characters that would not have been out of place in Ulysses. 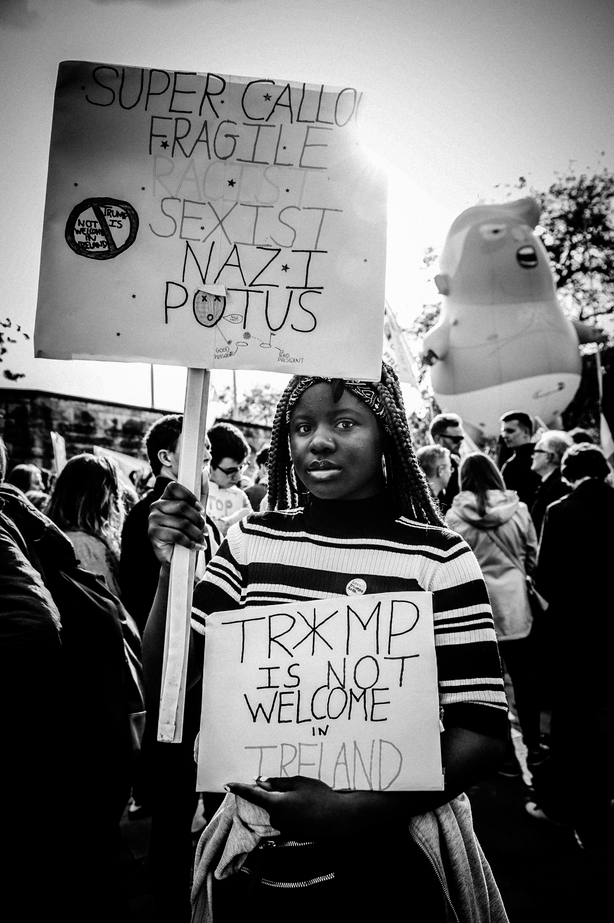 I feel there are many parallels with the issues facing the city and Joycean Dublin in 1904. Such as the pandemic and the housing crisis. Though the city has made progress in terms of women’s rights and the country is no longer a theocracy. 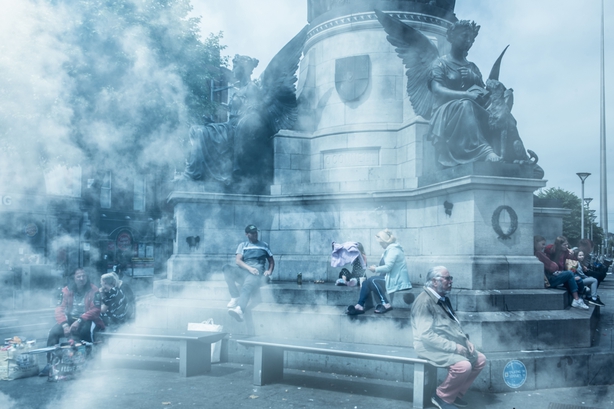 The cover photograph (above) was taken on June 16th 2020 as the city was emerging from the first Covid-19 lockdown. A straight in camera double exposure that were referential to the surreal times we lived in. The pandemic had many parallels with Ulysses. Joyce had a fear of germs.Ulysses was written during the Spanish Flu epidemic. 1904 was the highest year for tuberculosis deaths in Ireland. 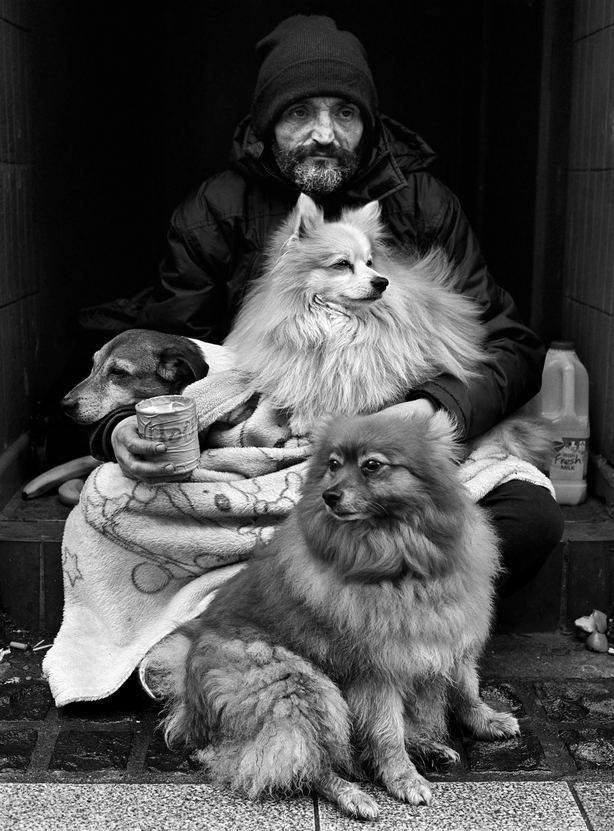 I have never been to outer space myself, but one of the photographs in the book has. The portrait of Grace and Roxi the dog in The Liberties was featured in the first photography exhibition in outer space by The British Journal of Photography in 2020. A young girl and her dog from The Liberties in space... Joyce would love that. 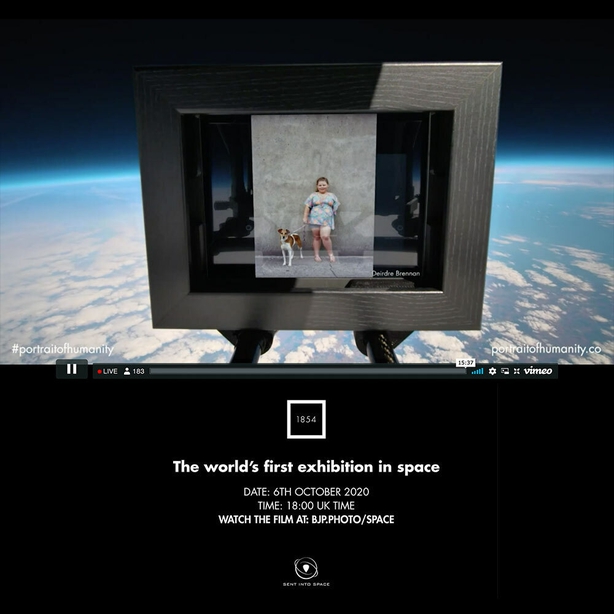 I often think what Joyce would make of these photographs. I think the he may like the composition and the stories behind the images. After all, Milly Bloom was an apprentice photographer. I would like to thank him for providing me with a life time of inspiration. I am thinking already about volume II. Finnegan’s Wake is also beckoning. 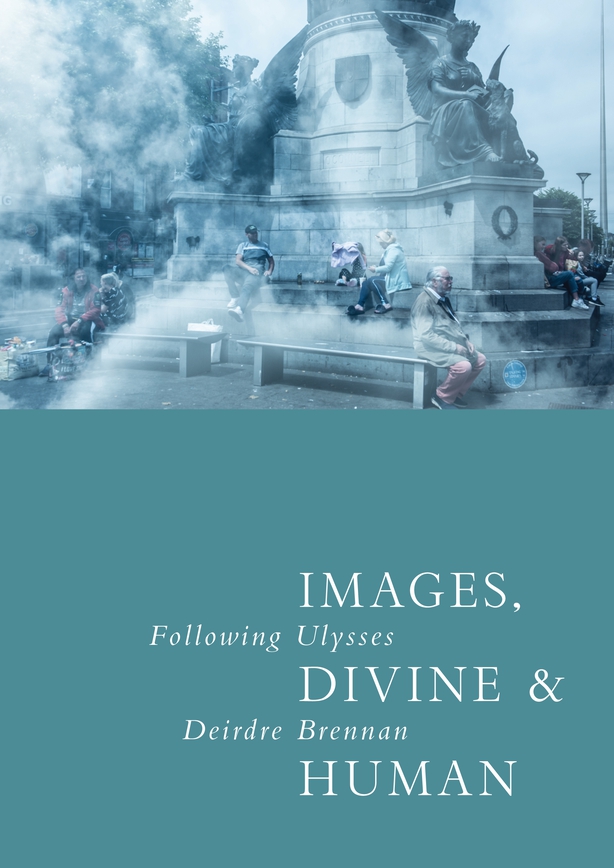 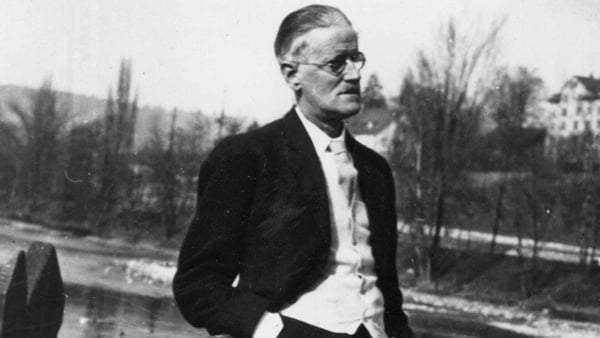 100 years of walking with Ulysses