Acclaimed Portuguese-British artist Dame Paula Rego has died at the age of 87, a gallery representing her has announced.

Over a career spanning a half century, Rego won acclaim as one of the most influential figurative artists of her era, her work focused upon characters inspired by fiction, fairytales and her own childhood.

A statement from the Victoria Miro gallery confirmed that Rego died peacefully at her home in north London, surrounded by her family, following a short illness.

It is with immense sadness that we announce the death of the Portuguese-born, British artist Dame Paula Rego at the age of 87. She died peacefully this morning, after a short illness, at home in North London, surrounded by her family. Our heartfelt thoughts are with them. pic.twitter.com/hFXdIZeTtb

Born in Lisbon in 1935, Rego attended an English finishing school as a teenager, and later studied at London's Slade School of Fine Art, where she met fellow student Vic Willing. The pair married and divided their family life between homes in the UK and Portugal, with Willing predeceasing her in 1988.

Throughout her life and career, Rego advocated for women's rights and abortion rights, with her work often displaying an unashamedly political bent.

So sad. RIP Paula Rego. She was the stand out star of this year's Venice Biennale. Created one of the most powerful bodies of work of the post war era. Always did it her way. A true great. pic.twitter.com/MLm0o2bfBK

In 2021, a major retrospective of her work, Obedience and Defiance, was exhibited at IMMA (the Irish Museum of Modern Art in Dublin.

Her works were highly coveted by collectors, regularly selling for six figure sums and winning famous admirers such as Madonna, who named Rego as her favourite artist.

We're immensely saddened to hear that Dame #PaulaRego has died. Her magical, powerful, visceral paintings told stories that changed the way we see the world.

This painting, featuring her son & husband, she proposed as 'a dance of life'⁠—of which Rego's was extraordinary. 💙 pic.twitter.com/bUN5rbDmgK

The global art community gathered online to pay tribute to a singular talent described by The Observer's art critic, Jonathan Jones, as 'a woman of courage and freakish imagination'.

Paula Rego (1935 - 2022), you spoke out for so many women + changed the world, as well my life, with your fearless, fantastic artworks. RIP 🖤 pic.twitter.com/uV0QebLmU9

"If you put frightening things into a picture, then they can't harm you," Rego told one interviewer. "In fact, you end becoming quite fond of them". 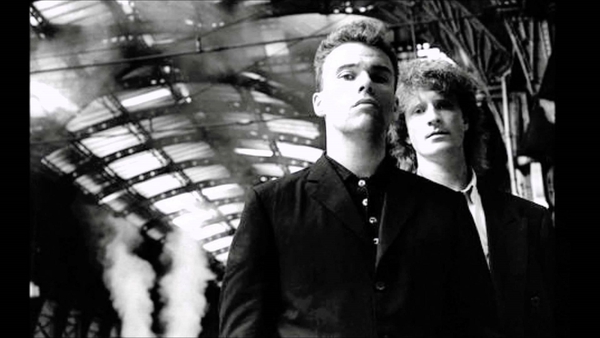