Project Arts Centre have invited a number of artists, curators and social activists, with a lived experience of intersectional discrimination, to discuss their practice and share ambitious and provocative new work, encouraging crucial dialogue around the impact of social and economic inequality.

In this fourth instalment, Project's Curator of Visual Arts, Sara Greavu, talks to Iarlaith Ni Fheorais about her practice as a Queer, Crip Curator, and what it means to do this work in an Irish context.

Iarlaith Ni Fheorais is a writer and curator based between Ireland and London, UK.

Sara Greavu: Welcome Iarlaith, I can maybe just start by saying I'm very interested in your practice as a Queer, Crip curator, and thinking about what it means to put those words together and what it means to to have a curatorial practice that emerges from that, and I wonder if you could talk a little bit about some of the projects that you've been working on.

Iarlaith Ni Fheorais: Thank you so much for the lovely question. For the last two to three years, I’ve been interested in Crip practices, which means looking through a critically disabled lens and working with artists, writers and curators who look at disability and illness. I am particularly interested in how that might connect with ideas of Queerness and what those two things can say to each other. We might understand these categories of disability, of gender, of sexuality, of race, as biologically segregated categories. But they were all developed as categories of control coming out of colonialism. So there's a lot to say about these interactions, between these criteria and what they might say about our collective liberation.

The most recent show I curated was at Arts and Disability Ireland, as part of their Curated Space programme. Arts and Disability Ireland are a wonderful funder and support agency for disabled practices in Ireland and their Curated Space programme is an annual online exhibition that supports a curator to make new work. The work was Pathology of Energy, with the title being a quote taken from Susan Sontag's Illness and Metaphor. 'Pathology of energy’ is the idea that certain illnesses and certain people have an 'aura' or take on myths. An example would be people with cancer are somehow seen as suffering from repression; they have repressed desires and that repression has led to this cancer. When I came across this text I found there was a follow-up text on HIV and AIDS, and its metaphors. This was largely associated with Queer bodies; that somehow the excess and the exuberance that was perceived to be Queer led to deserving illness and death. So these kinds of stigmas and these pathologies created their own illnesses on top of those biological ones. So I invited three artists – Day Magee, an Irish based performance artist; D. Mortimer, a London-based writer; and Panteha Abareshi, a US based visual artist and moving-image artist.

Each made work taking on myth or 'aura' and what it's like to occupy the institution and the connections between disability and illness. D. Mortimer, wrote an essay on 'Limp as Mince', thinking of the limp as a queer or a gay mince, and tying these two ideas together. Thinking through Jean Genet, and thinking about the ‘submissiveness’ of disability; how disability ties into ideas of domination in the bedroom and how that might be complicated as a transmasc person. Day Magee made a short work, they call these short works ‘performing images’, playing on the idea of The Princess and the Pea. So, taking on this story of the princess who was forced to find a pea in her bed and considering this as a Queer Crip myth, relating it to their own experience of chronic pain and neurodiversity and how could this tell new stories? And then Panteha presented NOT A BODY moving image work, which was a repeating motif of hospital bracelets, used to explore the semantics of naming and language from the perspective of a medicalised individual, thinking about naming and stigma in the hospital.

I wonder if you could talk a little bit about why this work that you're doing is so important at the moment?

I'm actually quite critical of the idea that art has to – and particularly marginalised practitioners – have to have a political point to the work. I find that quite narrowing. But I do understand that in many ways, our work does speak to and address many concerns, particularly at the moment, and I don't shy away from that.

We will all come in and out of disability in our lives if we are lucky enough to get older, which, ties so closely to Queerness, particularly being Trans. The idea that the body is a vessel that we should have agency over; the body as a thing that breaks and changes and adapts and that isn't fixed to certain tied binary notions of sick/healthy or man/women. And this is important particularly in the UK, where we face quite a vicious backlash against trans people, particularly trans women. The Human Rights and Equality Commission, ironically, is pushing to exlude trans people from single sex spaces – that's toilets, hospital wards, prisons, refuges – and endangering our lives.

In the Irish context, in the coming year I'll be looking at the west of Ireland as a landscape of medical institutional control, drawing links between Industrial schools, Magdalene laundries, asylums and the industrial scale incarceration of sick, Queer people and women, by the State and the church. And linking that to a landscape of medical intervention – which is the factories that produce Botox, hip replacements, heart stents – and this kind of multinational, medical pharmaceutical landscape that's developed in the West. Trying to understand narratives of medicalisation and Cripness in Ireland, which complicates and broadens our understanding of Ireland, of our history. But also, hopefully, undoes these romantic myths of the West of Ireland as somehow the natural home of the lrishness that is untainted by these modernising, complicating factors.

Is Direct Provision one of those spaces of control you’re talking about?

I mean, this is the thing, all systems of control are tied to each other in some way. And the idea that humans, people, can lose their agency, their power, their freedom, because of where they came from, or what bodies they occupy, this is tied to ideas of disability and institutionalisation. I mean, institutions such as Kilcornan in Galway (where I'm from) which was first a landlord's estate, and then was an institution for the mass incarceration of disabled people, to now, when it's a community environment. These same kinds of sites are being used for Direct Provision, and so these institutions and this infrastructure of incarceration continue.

And you can see that with something like the National Gallery, working with Aramark, with the new maternity hospital…that these infrastructures affect life to this day: the State and the people that live within it. So, yes, I think it's all tied together.

Can you tell us anything more about projects that you have upcoming?

I'm opening a show, Speech Sounds, at Visual Carlow, as part of Carlow Arts Festival, opening on June 9th. Titled after a short story by sci-fi writer Octavia Butler, it had come out of an obsession of mine with sci-fi films and text, and this recurring interest sci-fi has in disability and body modification, and thinking of this in relation to communication.

Octavia Butler’s Speech Sounds is the story of a global pandemic that leaves everyone without the ability to write, read or speak, and that leads to civilisational collapse and violence. And, as I said, I was reading this through an interest in sci-fi's problematic obsession with disability. And I was working from the standpoint that, if you could look at this from a Crip perspective, you would propose that humans are adaptable enough to cope with this, and we already have languages, including signing, that would allow us to continue.

The 24-person show, with new commissions by Maia Nunes, Jonah King and Sue Huang, Ebun Sodipo, Kumbirai Makumbe and Jennifer Mehigan, has a particular focus on disability and access, on deaf history and protest. But also has work that is to do with connecting with ancestors, with communicating between the human and the nonhuman, translation and it follows an interest in queer erotics, tying these ideas of language, communication and the body together.

There's also an upcoming exhibition with us in Project Art Centre, with guest curator Tendai Mutambu, of the work of Danielle Brathwaite Shirley and you are doing some curatorial work related to the public programme around that. And I wonder if you could talk a little bit about that.

Yes. So Danielle's work addresses ideas of culpability, of community, of responsibility and power, particularly from the Black Trans experience. It's an absolute honour to come and work with Danielle and Project Arts Centre to host a set of conversations with Danielle, with the community, and begin to address what the future of being trans in Ireland is. What responsibilities we have to each other, within the community, and how this ties to larger systems of power within Ireland. And it's a really exciting moment to reflect on where we've come from in Ireland, but also where we have to go, and the kind of conversations we need to have.

It's interesting as well because Danielle is an artist who works with gaming technology and is thinking about world-making, possibly in a way that's similar to some of the sci-fi or speculative fiction work that you're drawing on for the exhibition in Carlow, and it feels like there's a nice overlap there.

Octavia Butler was a master of world-building; worlds created to ask the reader critical questions about the real world they found themselves in. And Danielle creates these interactive game-based worlds that ask us really difficult questions, and they can be challenging and they can be confrontational and they can be a bit intimidating and complicated and they put you in a ‘real’ world, an alternative world, and that raises a lot of questions. That world-building makes a lot of sense, from a trans perspective. We build our own worlds, to imagine ourselves and a world where we can be safe and seen.

View the other installments in this series here. 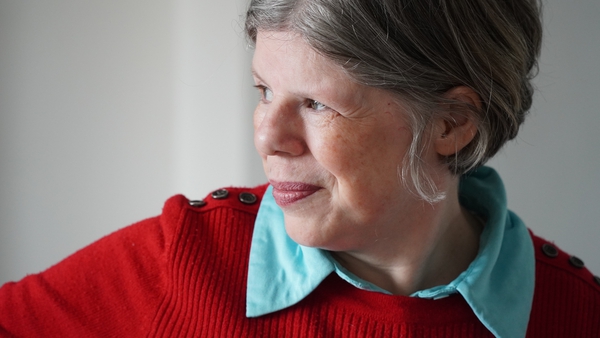