Book Of The Week: Sinead O'Shea takes a deeper dive into an essential new music anthology...

This Woman’s Work is a collection of essays about women in music edited by Irish writer, Sinéad Gleeson, and Kim Gordon, a founder member of Sonic Youth, the 90s American indie band which inspired much devotion.

The book’s appeal extends greatly beyond this lineage, though. It contains rigorous mediations on what it is to be women who love music and encompasses a broad variety of musical genres from rockabilly to trap.

Gordon chooses to devote her piece to an interview with the Japanese drummer Yoshimi Yokota, aka Yoshimi P-We. This includes some of the funniest and most inspiring passages within the book as Yokota discusses her extraordinary musical journey and absolute commitment to her art. Her memory of seeing Sun-Ra play is a radiant example of how she communicates:

He came out in a wheelchair and was placed in front of his keyboards and synthesisers. Sounds emanated as soon as his fingertips touched the keys. It was as if his fingers were already playing music in the empty space when he raised his hands. I’m not exaggerating when I say that it seemed as if the keys happened to touch his fingers, which then produced sounds.

This Women’s Work also manages to showcase the many types of female experience within the world of music. Co-editor Sinéad Gleeson has tirelessly created space for women’s voices both through her own set of personal essays, Constellations, and her prolific work as an editor.

Her essay Sonic Seasonings: The Genius of Wendy Carlos; recounts the astonishing achievements of the pioneering sound artist and gracefully addresses her identity as a transwoman.

Similarly Praise Poem for Linda by Juliana Huxtable considers noise as genre and political act for black women in its considerations of Linda Sharrock’s back catalogue. Margo Jefferson is excellent in Diaphoresis on the demeaning of Ella Fitzgerald by white people who fixated on her sweat and size.

Tensions between creativity and market realities emerge as the most interesting theme for me in this book. Many of the writers are U.S. based and the struggle to appease the demands of that culture is implicit in each of their contributions.

This perhaps reaches its climax in What Is Going On In Rap Music, The Music Called 'Trap' and 'Drill' by Simone White which delineates the achievements of Keith Cozart, AKA Chief Keef, seemingly one of the few performers in the US who appears to have both built an audience and resisted commodification.

My favourite essay was by Maggie Nelson about her old schoolfriend, Lhasa de Sala who became the world music star Lhasa. It's called My Brilliant Friend, a reference to the first of Elena Ferrante’s Neapolitan quartet about the friendship between mercurial genius Lina and steadier but more successful Lenu, who authors the books.

Nelson draws a portrait of de Sala as her Lina, while documenting her own more stolid Lenu-like progress:

What Lhasa meant to me is hugely outsized compared to what I meant to her. I accept that, and suspect it is true for many others. That happens commonly with renowned people – old friends and acquaintances try to stake their claim.

The author is hardly an underachiever, but her essay eloquently expresses the universality of the Lina/Lenu dynamic and the sense of inadequacy gifted individuals inspire in their counterparts.

Here again, Lhasa’s career and passing, also says something profound about the limitations of alternative lifestyles in the US.

Music appreciation can often include quite tedious amounts of allusion and name-dropping. Here instead is a book that is motivated by passion; a desire to share the magic its authors have experienced.

This Woman’s Work is everything one could hope for from such an anthology. 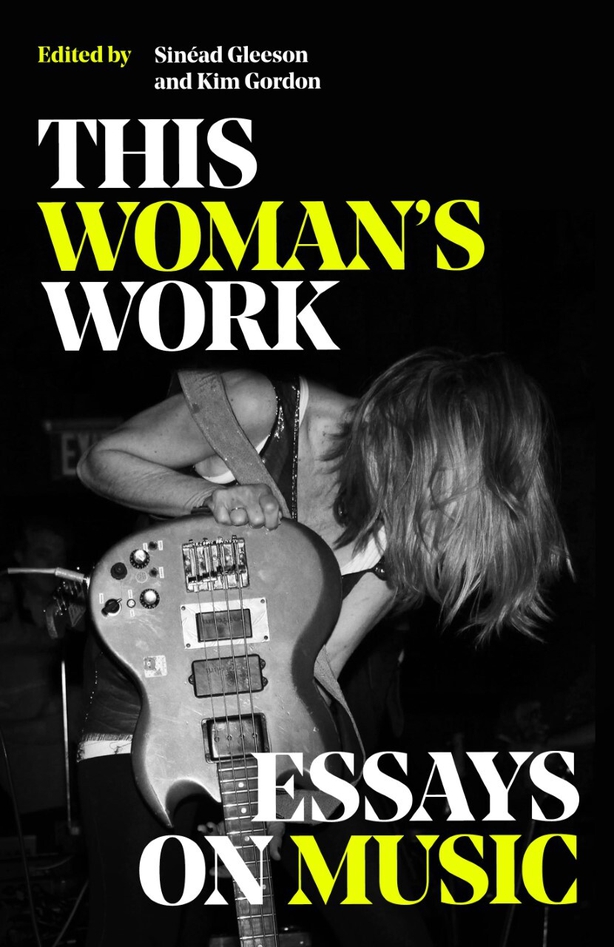 This Woman's Work: Essays On Music is published by White Rabbit.

Sinéad O’Shea is a writer and filmmaker.

This Woman's Work - Sinead Gleeson's soundtrack to her new book