Little Deer Comics began as a side project within DCAF, the Dublin Comic Arts Festival. The festival did a good job reflecting Ireland’s comic creators, but we didn’t have the budget to invite international guests, so to bring some international context to our local event, I began importing comic books to sell at DCAF.

Because comics are a storytelling art form and everyone has their own stories to tell, the stories that interest me the most aren't the stories I’ve heard before from the creators I’ve seen before.

Using Pender’s Market in Stoneybatter as a home-base, I spent 2019 dragging suitcases and boxes and cartfuls of comic books to as many Dublin markets as I could. Our selection was small but unique and folks enjoyed finding comics they’d never seen in Ireland before.

With the pandemic, Little Deer moved from markets to online, first casually over email, and then as the pandemic stretched from months to years, a proper webshop. What started as a casual hobby alongside organizing DCAF grew until we could no longer fit in our tiny cottage. Coincidentally, this was right as the site of legendary Stoneybatter shop Maureen's came up for rent.

Six months isn’t really a pop-up, but we called it a pop-up. Because we knew the owner of Maureen’s had grand plans that didn’t include us, and we knew that despite the warm welcome we received from neighbours and customers, Stoneybatter’s runaway retail rents aren’t sustainable.

Enter our lovely new Inchicore store! Accessible, affordable, with more room for more comics! Now instead of wondering if we'll be closing for good in a few months time we can focus on building an international comic shop on par with Silver Sprocket in San Francisco, or Gosh! Comics in London.

It's a lovely day to buy some comics I think.

We can’t compete in size with Dublin’s existing comic book shops or bookstores (Books Upstairs and Chapters have wonderful graphic novel sections), so we try to stock what they don’t, and highlight creators who wouldn’t normally get the spotlight. Because comics are a storytelling art form and everyone has their own stories to tell, the stories that interest me the most aren’t the stories I’ve heard before from the creators I’ve seen before. That’s why you find so many self-published and small press comics in Little Deer, because that’s where you find the fresh new voices and stories. 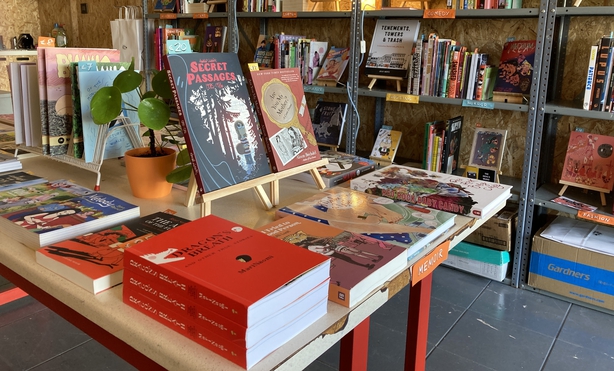 Sometimes a customer will say "I don’t know where to start with comics," but unlike movie posters and prose books, it’s entirely reasonable to judge a comic book by its cover! The artists of creator-owned comic books are responsible for both the interior art and the cover art, so if a cover strikes you, the art inside should as well. We also divide our store by genre. If there’s a genre you enjoy in prose, or television or film, you’ll likely enjoy comics in that same genre.

Our hope is that this store in Inchicore will give us an opportunity to grow. That it’ll give more opportunities to people who make comics and hopefully encourage the creation of more comics in Dublin and Ireland. 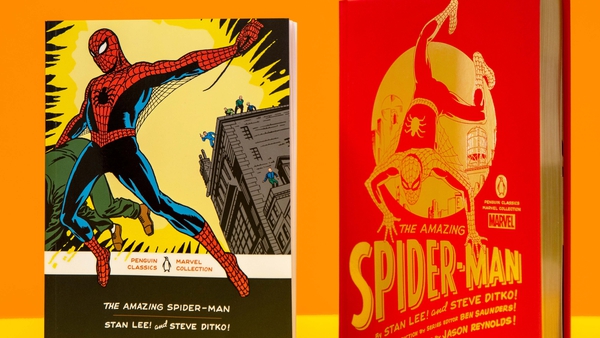 Penguin Classics teams up with Marvel Comics in historic first