We're delighted to present an extract from Duffy and Son, the new novel from Damien Owens, a funny and heart-warming tale about family ties and finding romance.

Eugene is turning 70; his son Jim is turning 40. They've been living together in good-natured bachelor harmony all this time, but something has got to give...

It's hard to know where you should start a story. You pick a point in time and then a wee voice in your head pops up saying, Yeah, but that only happened because this other thing happened . . . So you back it up a step – and there’s the voice again. Yeah, but . . . You could drive yourself mad. Sooner or later, you have to draw a line. I’m drawing this one on the Friday night when I asked Jim if he was gay.

The shop stayed open late on Fridays. Always had, even in my time. I usually had my tea at the regular hour, but sometimes I waited for Jim to get home so we could eat together. On this occasion I’d waited, and I was sorry I had. My stomach was growling and shuddering as I sat in the front room, flicking around the channels, taking an odd glance at my watch – 7.20, maybe 7.30 was his normal Friday arrival time. It was almost eight now, and no sign. I was about to say to hell with him and throw the chips in the oven when I was swept away by a vision. Suppose he’d been on the point of closing up when one last customer walked in. A woman. Early thirties, say. Not too hard to look at. Pleasant. Suppose she was trying to put up a shelf or do some other simple thing and was all embarrassed because she didn’t know what she needed. Suppose Jim made some wee joke and she smiled. Suppose he showed her what to buy and the two of them fell into a conversation. Suppose there was no awkwardness, no ugly silences, like they’d known each other for years . . .

It was a lot of supposing, granted, but I forgot all about the chips and let the fantasy wash over me. I was just losing the run of myself altogether (naming the grandchildren) when I heard a key scratching its way into the front door. A moment later Jim stuck his head into the room.

‘Some eejit dropped a thing of wood stain and the f**ker burst open. Had to clean it up.’

He smiled thinly and left. When I was alone again, I stared out the window, not sure if I felt angry or sad. Party night. He was joking, of course. Still. What kind of existence was this? About to turn forty and still stuck at home with his old man, who was about to turn seventy. No social life. No hobbies to speak of. No women anywhere. And not only that, as far as I could tell he had no interest in getting any of those things – the last one, least of all. Why? Did he like the idea of dying alone? Was there something wrong with his lad? Did he have one those unusual mental problems where you’re convinced you’re brutally ugly even though you’re just averagely ugly? Or was it something else? Something more basic? I’d wondered if he might prefer men plenty of times over the years. I always brushed the thought away pretty sharpish, partly because I knew he’d had the odd girlfriend in the past but mostly because I plain old didn’t like the idea. It wasn’t that I had anything against the gays. Even back in the days when you were more or less encouraged to, I never had anything against the gays. It was their nature, and you can’t argue with nature – look at those fish that go about stuck to sharks. It wouldn’t appeal to me, but that was the way God made them. Let them get on with it and mind your own business, that was always my attitude (to the gays, not the fish – actually, to both). No, the reason I hoped Jim was heterosexual was purely practical. Monaghan was a small town and while I was sure it had the average percentage of gay men, I doubted it had enough of them to make Jim a shoo-in for finding love. It was a question of mathematics, that was all.

We didn’t talk much as we ate. When we were having

a cup of tea afterwards, Jim launched into a story about Packie McArdle. Packie was around my age and had been recognized as the town’s leading religious nutter for as long as I could remember. We weren’t short of religious nutters, mind you, but most of them were harmless. They took things a bit too seriously, that was all. With Packie, you got the impression that he was a nutter in general and just happened to have poured his nuttiness into a bucket called Catholicism. If he hadn’t had religion for an outlet, he might have been out setting fire to cats or running naked round Lidl. Anyway: he had been in the shop that morning.

‘Is that right?’ I said when Jim told me. ‘Handing out leaflets or looking to buy?’

He took a long, slow sip of his tea. ‘Looking to buy a paintbrush. I was ringing it up for him and you know what he says to me?’

I waited for him to go on. He didn’t.

‘What?’ I said, trying not to sound too annoyed.

‘He says every time he’s in the shop he always stops by the nails.’

I shook my head, getting where this was going at once. ‘Because of the crucifixion.’

‘Because of the crucifixion, aye. He says he stops at the nails and he thinks about our lord and saviour Jesus Christ suffering his final torments so that man could know the light of . . . Ah, I forget, exactly. You get the gist.’

‘I loved the "every time I’m in the shop". I haven’t seen him in there in ten years.’

‘No. He was never a regular. Came in once in a blue moon to badger me about putting posters in the window. Abortion or divorce or whatever the referendum of the day was.’

I made a little sound. A squeak. ‘Are you all right?’

I lifted my mug to give my face something to do. The truth was, I’d spotted the perfect opening and I couldn’t believe my luck.

I nodded and managed a ‘Was he?’ My mind was racing on ahead. Making plans. Choosing words.

‘Didn’t smell all that great, either. Not bothering to look after himself at all, would be my bet. You know how people get when they hit your age.’

This was a joke. I almost missed it, then screwed my face up and gave him two fingers. He sat back, satisfied. I did some more planning. Then he pushed his seat back and started to get up.

‘I’d say he was in good form during the gay marriage one,’ I said quickly. ‘The referendum.’

It wasn’t enough to stop Jim getting to his feet, but at least he didn’t leave the room. ‘No doubt,’ he said from the sink, where he was doing a poor job of washing his plate.

‘I’d say he was raging about it, the oul’ gay marriage.’ ‘Equal marriage.’

‘It’s not good form to call it gay marriage. You’re supposed to say equal marriage. So I believe.’

I hesitated. On the one hand, he sounded like someone who got his information second hand. On the other, he was setting me straight about gay stuff. I decided to plough on.

‘Right. I’d love to have run into him after it was all over. Because it wasn’t even close, was it? The vote. People were all for it.’

‘No one cares about that stuff anymore. And they’re right not to. It’s nobody’s business who anybody gets into bed with, is it? I mean, provided everyone involved is a grown adult and not a child or a . . . y’know . . . sheep.’ Despite this poor choice of example, I had his attention now, I could see. He turned to face me. His left eyebrow had climbed up his head a little, as it did when something on the telly caught his interest or a mouthful of food proved spicier than expected.

‘All very different in my day,’ I went on. ‘If I’d told your grandfather that homosexuals would be getting married in Ireland one day, he’d have dropped down dead, crossing himself the whole way. Didn’t cost me a thought, mind you. I was always very broad-minded about it, right from–’

He gave me a deadly serious look. My heart did a loop- the-loop. ‘Yes?’

‘Are you trying to tell me that you’re gay?’ 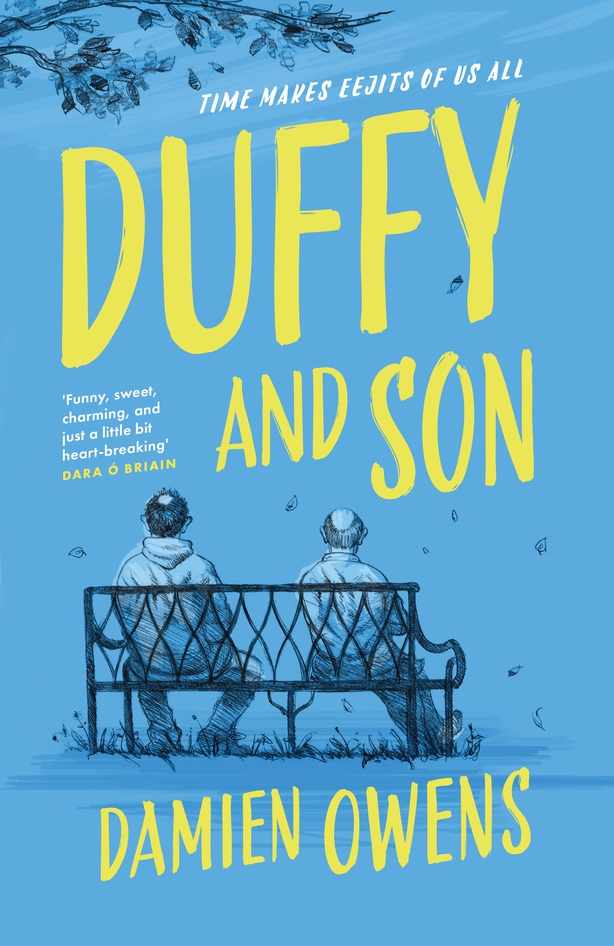 Duffy and Son is published by Harper Collins Ireland.

About The Author: Damien Owens is the author of six novels: Dead Cat Bounce, Peter and Mary Have a Row, Married to a Cave Man, Duffy and Son, The Bright Side and Little Black Everything. The latter two were published under the pen name Alex Coleman. He is also the creator and writer of Trivia, a television comedy/drama which ran for two series on RTÉ. He lives in Dublin with his family 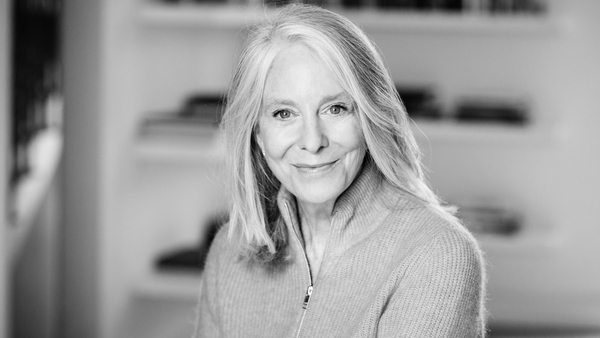 Lessons In Chemistry by Bonnie Garmus - read an extract