One of Ireland's oldest shops, Reads Cutlers on Parliament Street, Dublin, which has traded since 1670, reopened this month as a café after extensive restoration. It is a reminder of how shopfront design plays a key role in defining the visual character of our streetscapes.

This is particularly true for our towns and villages, which are threatened by ubiquitous high street chains, with their unsympathetic plastic fascias and generic branding and colour schemes. Now might be the time to celebrate the variety of Irish vernacular shopfronts, which contribute so much, architecturally and otherwise, to the identities of our towns and villages. A mid-twentieth century example would be Geraghty’s, which has stood on Main Street, Carrick-on-Shannon, Co. Leitrim, since 1953.

In Ireland, shopfronts evolved during the eighteenth century from open-fronted counters between the shop and the street to those incorporated into buildings. The earliest country town or village shop had little more than a simple window with the name of the owner, either painted or built up in plaster overhead. The style of these shopfronts was inspired by the classical orders of architecture with components such as cornice, fascia, pilasters, and stall-risers. By the twentieth century, timber shopfronts began to incorporate materials like aluminium, vitrolite and chrome, signage moved toward sans serif lettering, and the ensemble abandoned much of the earlier classicism.

Geraghty’s music and souvenir shop shows many of these features. It started out as a bar with a snug. As a shop, it has a familiar Irish layout: domestic scale door to one side, display window to the other, incorporated into the ground floor of a terraced two-bay, three-storey, nineteenth century house . The window is crammed with musical instruments and curiosities to entice passers-by. There used to be stalls underneath the shop where horses were kept during the horse fairs. The shopfront has a glazed timber door (garage doors to the left) and a large simple window floating in mosaic tiles with the name of the owner overhead. Gone are the decorated supports such as pilasters and brackets. Tiled shopfronts, although rare, are quite long-lasting and require little maintenance, except cleaning.

What makes this shop so rare is the horizontal emphasis of the fascia under a mosaic tiled canopy. It is large enough to provide a balcony for several pot plants and two iron wagon wheels. The building above has a pitched roof with rendered chimneystacks and terracotta pots. The front façade is pebbledash edged with painted, rendered quoins and contains timber six-over-six sash windows with stone sills. The doorway reveals original thick Georgian walls and the remnants of a fanlight now blocked up. The composition of the modern shopfront aligns with the windows, quoins, and overall proportions of the older house above. It shows clearly how modern adaptations can build upon rather than over earlier architecture. The exquisite mosaic exterior, with its St Brigid’s crosses dancing across the canopy, was reputedly made by four Italian mosaic craftsmen who moved to Roscommon without a word of English after WW2 and who worked in many towns around Leitrim and Roscommon.

The remarkable attractiveness and social contribution these shopfronts give was the subject of the Free Market Irish Pavilion for the Venice Architecture Biennale of 2018, touring Ireland the following year. Hopefully, the recent revival of the craft of hand painted signwriting and the ‘buy local’ movement will ensure that these shopfronts continue to enliven our towns. 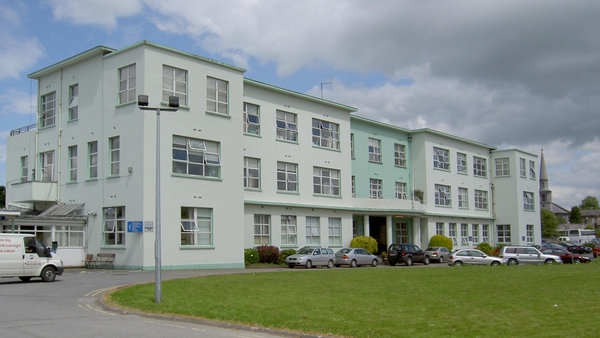 100 Buildings: A Cashel hospital bringing modernism to a new Ireland