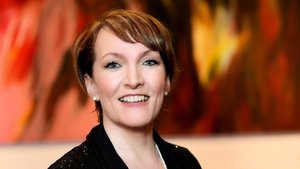 Aedín Gormley, presenter of Movies and Musicals (Saturday 1-4pm on RTE lyric fm) shares her thoughts on the composers hoping to win the Best Original Score Oscar at The Academy Awards on Sunday.

Well, of course, controversy surrounds this category this year as several major Academy Awards will not be presented on the air during the ceremony on Sunday. Eight honours will instead be awarded during off-air parts of the show including best original score. Imagine practicing your acceptance speech over the years (what, just me?), being Oscar nominated, and then being told you would be in the 'Your award doesn't matter as much as the others’ segment. This should be about the artists and the work, not about the duration of a television show. Do they think the younger composers don’t matter as much? Would they have treated John Williams, John Barry or Ennio Morricone in this way?

Anyway, rant over, let’s come to the music because it’s been a good year for original scores and the nominees all deserve to be there. So, let’s take a look, show them some love and listen to those hoping to take home the golden statuette for best original score.

And the nominees are...(Maestro, drumroll please!)

The Power of the Dog, Jonny Greenwood

Don't Look Up by Nicholas Britell

Well, this was a film that divided people, personally I really enjoyed it. A hilarious and horrifying satire follows two astronomers, student (Jennifer Lawrence) and her professor Dr. Randall Mindy (Leonardo DiCaprio) who make the startling discovery that a giant asteroid is heading directly towards Earth and will eliminate all life, but nobody else seems to care.

Our composer Nicholas Britell, is particularly well known for his collaborations with director Barry Jenkins on the films, Moonlight (2016) and If Beale Street Could Talk (2018), both of which received nominations for Best Original Score at the Academy Awards.

He is responsible for scoring the TV series Succession and he has worked regularly with Adam McKay, including scoring The Big Short, Vice, and now his third Oscar nomination for Don't Look Up.

His approach has been to go with a busy, feverish, jazzy, contemporary sound. He manages to find the middle ground between comedy and drama. His music captures madness, denial and despair. There is a panic and a frenzy in his scoring that works perfectly with the mayhem happening on the screen.

The result is an eclectic mix of jazz and orchestral sounds mixed with a wild collection of offbeat instruments from toy piano to banjo and mandolin.

Zimmer has been nominated many times but has only one Oscar on his mantlepiece, for his scoring of The Lion King in 1995. He more recently also impressed us with his first Bond score for No Time to Die, but the Academy opted to nominate him for Dune.

This is the kind of project that Hans Zimmer loves to take on. He had previously worked with Villeneuve on Blade Runner 2049. At the time, Zimmer had been approached by Christopher Nolan to compose his then-upcoming film Tenet, but Zimmer opted for Dune - citing his personal love for the book as the reason.

Zimmer, who calls Villeneuve "one of the greats," said he absolutely loves working with this director and that their aesthetic is very comparable.

Hans Zimmer took the approach that Dune was a different civilization and so he had to create a different sound. This is not your normal orchestral score, we get wailing female voices, with haunting, often discordant sounds that included rendering instruments unrecognizable by running them through synthesizers and even inventing instruments. His scoring here is personally not to my taste in terms of listening to it without the visuals, however, one must admire his inventiveness, his passion for this project and how his soundtrack works well within the cinematic experience.

Disney's Encanto tells the tale of an extraordinary family, the Madrigals, who live hidden in the mountains of Colombia, in a magical house, in a vibrant town, a charmed place called an Encanto. The magic of the Encanto has blessed every child in the family with a unique gift from super strength to the power to heal—every child except one, Mirabel (voiced by Stephanie Beatriz).

Lin-Manuel Miranda has been getting all the attention for his songs for Encanto, with the massive success of We Don't Talk About Bruno and an Oscar nomination for Dos Oruguitas.

It is always great when the original score is noted in animated features that are song-heavy, and so a warm welcome to Germaine Franco. This Mexican-American composer previously worked with Disney as a songwriter, music producer, and orchestrator. Encanto marked the first time Germaine Franco took the role of lead composer for a Disney film, making her the first woman to hold this position at the company. Let’s just note this historic event again, shall we? Encanto is the 60th film from Walt Disney Animation - and the first ever scored by a woman.

Germaine Franco likes to put in the research, diving deep into the culture of the protagonists and the locations of the storytelling. She spent many hours listening to and studying the structures, instrumentation, performance styles, harmonies, melodies, and rhythms of traditional Colombian music.

To Spain for our fourth Oscar nominated original score, I was delighted to see Spanish composer Alberto Iglesias nominated for his soundtrack to the Pedro Almodóvar film Parallel Mothers which I loved. The film concerns two first-time single mothers, one middle-aged (an Oscar nominated Penelope Cruz) and (Milena Smit) who is young and nervous. Their lives are intertwined from the time they meet in a hospital, and a subplot about unearthing Spanish Civil War graves also features in this tale.

The Madrid-based composer, Alberto Iglesias is a three-time Oscar nominee, but none of those films (The Constant Gardener, The Kite Runner and Tinker Tailor Soldier Spy) were directed by Almodóvar, his filmmaking partner since 1995 on such films as All about my Mother, Talk to Her, Volver, Broken Embraces and Pain and Glory.

Parallel Mothers is Alberto Iglesias' 13th film for director Pedro Almodóvar and, says Iglesias, "the best experience working for him" to date. It could be described as an historical thriller, and it does have Hitchcockian moments where our composer complements a scene perfectly with a Bernard Herrmann style touch. There is an urgency to his music helping to create the required tension on screen. He gives us beautiful melodies and rich orchestration.

Speaking to Variety magazine, Alberto Iglesias said "I followed this idea of parallelism in the structure of the music, I didn’t give each character a theme; they were two, but they were one at the same time."

What I love about the scores of Alberto Iglesias is that there is always a gorgeous Latin feel to his music and this soundtrack is no exception. Much of his score is written for string orchestra with piano and a small complement of woodwinds rounding out his 49-piece ensemble at London’s Air studios. A richly deserved fourth nomination for this talented Spanish composer.

The Power of the Dog by Jonny Greenwood

Are we saving the best for last? Perhaps? Our final nominated score comes from the pen of Jonny Greenwood, who is on a roll! He could have also been nominated for scoring Spencer this year, but the Academy favoured his soundtrack for The Power of the Dog and rightly so.

The Power of the Dog written and directed by Oscar nominee Jane Campion, based on the novel of the same name by Thomas Savage features a fantastic Oscar-nominated ensemble cast, Benedict Cumberbatch, Kirsten Dunst, Jesse Plemons and Kodi Smit-McPhee.

Our composer, Jonny Greenwood, guitarist and keyboardist with Radiohead, has really made his mark on the film scoring world. He is best known for his collaborations with Paul Thomas Anderson on the films There will be Blood, The Master and was Oscar nominated for Phantom Thread. He is now in demand, with first collaborations with Pablo Larraín on Spencer and with Jane Campion on The Power of the Dog. These directors know that they are lucky to get this guy on board.

For The Power of the Dog, the composer noted that this film is set in the modern era, acknowledging that it is too easy to assume any cowboy story takes place in the 19th century. He also noted that there is so much culture in Phil's character. He is well read and a proficient banjo player. Greenwood enjoyed this complex, emotionally pent-up character, that allowed for complexity in some of the music, as well as simpler, sweeter themes for his contrasting brother. "Bouncing between these two characters, musically, generated a lot of ideas," said Greenwood. He pulls back brilliantly, as this is a modern looking western, a psychological thriller, and so our composer keeps his music subtle and yet it seems to be always slightly menacing and threatening. It is at times atonal, featuring detuned piano, French horn and plucked strings. He wanted to avoid the trope of sweeping strings to accompanying sweeping landscapes.

I always look forward to a new soundtrack by Jonny Greenwood, he is never predictable and again shows his great versatility with this soundtrack. 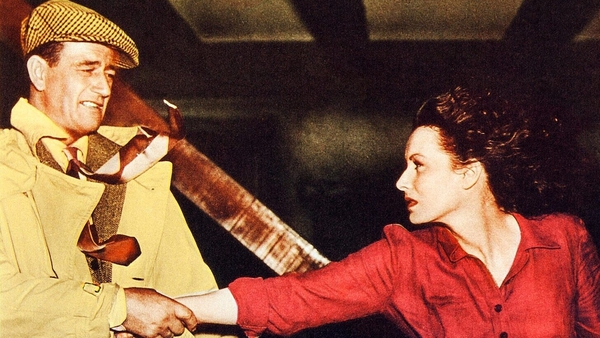 Listen to the epic Movies and Musicals Irish movie special 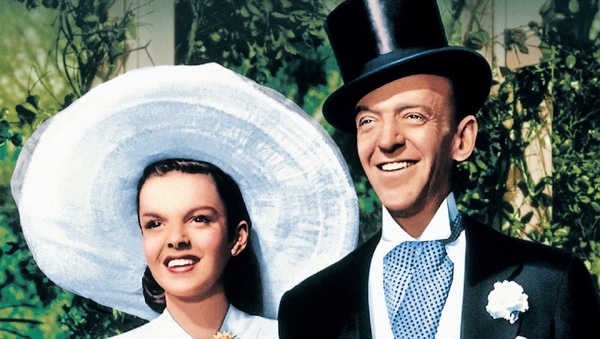 Aedín Gormley on the magic of Easter Parade 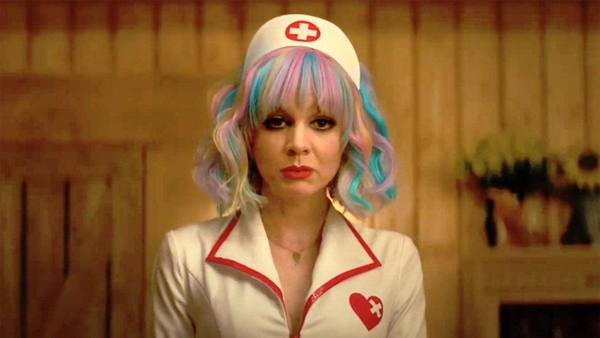