It's All Go! Following two years of virtual celebrations, RTÉ will mark the return of St. Patrick's Festival with a variety of special programmes and themed content across television, radio and online, including extensive coverage of the first St. Patrick's Day parades since 2019.

This year's national St. Patrick's Day Parade in Dublin will be broadcast live on RTÉ One and RTÉ Player and streamed on RTE.ie, as millions of viewers in Ireland and across the world join Bláthnaid Ní Chofaigh, Des Cahill, Emer O'Neill and Mícheál Ó Scannáil for an exciting spectacle live from the streets of Dublin from 12:15 pm. RTÉ will also bring coverage of St. Patrick's Day parades from around the country across its services including a special Six One News programme.

The Late Late Show will be at the heart of festivities for its live broadcast this St Patrick's Day. Host Ryan Tubridy will fly the Irish flag as he brings people together both at home and abroad for a very special evening to celebrate the very best in Irish comedy, acting, traditional music and sport.

On RTÉ Radio 1, Marty Morrissey and Sinéad Ní Uallacháin will present a special bilingual programme bringing listeners two hours of chat, music and entertainment from 9.00-11.00 am. From 2.00-3.00 pm, Fiachna Ó'Braonáin will bring you The RTÉ Concert Orchestra Presents: New Irish Recordings, which will showcase both new writing and new orchestral arrangements from three artists making music today that uniquely explores the Irishness of each.

Ray Cuddihy is back from 3.00-4.00 pm with another edition of Mise Freshin, his genre-busting programme exploring contemporary and traditional music, recorded during a live gig in Dublin's Pepper Cannister Church.

On Sunday 13th March, Sunday Matinee presents a new recording of Peadar agus an Mac Tíre (Peter and The Wolf) with the RTÉ Concert Orchestra, narrated by Aedín Gormley.

The Full Score will be celebrating Irish performers and composers throughout the week. A particular highlight will be a concert of Irish language songs performed by Gavan Ring and Fiachra Garvey at Wigmore Hall in London. This concert will also be streamed on RTÉ Culture. Evelyn Grant's Weekend Drive on Saturday 19th and Sunday 20th March will feature a host of Irish performers, composers and artists on the show this St Patrick's weekend plus a selection of recordings from the RTÉ lyric fm label.

On RTÉ 2FM, Jennifer Zamparelli will host Jenn's Patrick's Day Party with The Two Johnnies in a special celebration from 12.00-1.00 pm on Wednesday 16th March.

On RTÉ Raidió na Gaeltachta Séamus Ó Scanláin will present a St. Patrick's Day programme about the history and folklore surrounding our patron saint at 9.15 am, and at 11.00 am we'll hear a dramatic interpretation of the short story Lá Fhéile Pádraig by Seaosamh Mac Grianna by the Aisteoirí Ghaoth Dobhair drama group.

After midday, An Saol ó Dheas will be broadcasting live from the parade in Béal Átha an Ghaorthaidh in the Cork Gaeltacht. The area is well-known for its great community spirit and its St Patrick's Day celebrations always reflect that enthusiasm. They're back now after two years and excitement levels will be high. That evening, Liam Ó Maonlaí will be joined in studio by Rónán Ó Snodaigh and Myles O'Reilly for some not quite traditional music, and some interesting conversations about the power of music, in the Cuan an Cheoil series.

On RTÉ Player and RTÉ.ie

In addition to streaming the St. Patrick's Day Parade, RTÉ Player will feature great Irish drama and Irish legends as part of its curated content. Irishness has many strands and is influenced by fresh views, outlooks and cultures and over 3 programmes, Our Land – an RTÉ Player Exclusive - takes a deep dive into what it means to identify as 'Irish’ today and how immigration shapes our understanding of identity and home.

A full themed schedule on RTÉ Radio 1 sees Marty Morrissey return from 9.00 - 11.00 am with another lively mix of chat, music and entertainment from 9.00-11.00 am. From 2.00-3.00 pm Fiachna Ó'Braonáin returns with the RTÉ Concert Orchestra who will bring listeners new recordings of music from The Lost Brothers' acclaimed 2020 album, After the Fire, After the Rain,  as well as brand new music inspired by the women of revolution of 100 years ago by songwriter Karan Casey.

Fiachna will also hear a new interpretation of traditional pieces by musician and composer, Saileog Ní Cheannabháin, with Ailbhe Nic Dhonncha and Pádraic Keane. Ray Cuddihy will pick up where he left off from 3.00 pm in Mise Freshin with more contemporary and traditional music, recorded during a live gig in Dublin's Pepper Cannister Church.

Tune in to a special edition of Sunday Miscellany on 13th March in which Art Ó Súilleabháin writes about teaching Irish to and making Brigid's crosses with his university students in Washington.

RTÉ will broadcast a one-hour TV programme of the RTÉ Choice Music Prize Live Event on RTÉ2 on Sunday March 13th at 11pm, featuring performances from the seven of the shortlisted acts, along with interviews by Bláthnaid Treacy.

Don't forget, there's a feast of live sport this coming weekend and next weekend across RTÉ television, radio and online, including Six Nations action and Allianz Football and Hurling League games. 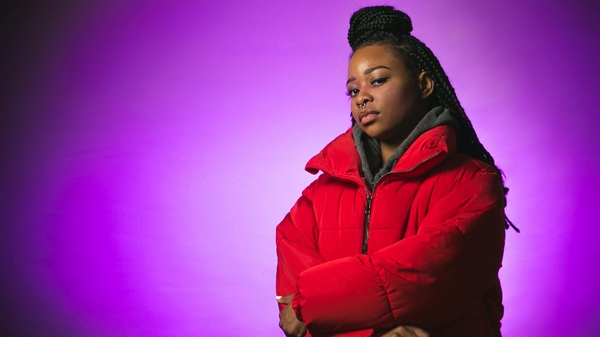 The St. Patrick's Festival returns with a bang