On Sunday 6th March at 6 pm on The Lyric Feature on RTÉ lyric fm, Claire Cunningham presents Sublimer Wishes, the second programme in an occasional series which tells the stories of poets whose work has been rediscovered - listen above.

All the poets in the series are anthologized in a recent book, Irish Women Poets Rediscovered: Readings in poetry from the eighteenth to the twentieth century (Cork University Press), a new ground-breaking collection of original essays that recovers the vital, vibrant and subversive voices of seventeen extraordinary Irish women poets, including Emily Lawless, Dora Sigerson Shorter, Blanaid Salkeld, Ethna MacCarthy, Lola Ridge and Freda Laughton.

Listen to the first installment of Sublimer Wishes | The Lyric Feature

By focusing renewed attention on the poems they wrote, exploring the worlds in which these formidable women moved and the obstacles which they faced as writers and artists, Irish Women Poets Rediscovered presents their innovative, diverse and wide-ranging work in a lucid, accessible and jargon-free style. Written by a range of experts in the field of poetry, from established academic professors to younger scholars and practising poets, each essay focuses on a single poem before opening out to illuminate larger themes and issues. With its lively and accessible introductions to the exciting, boundary-crossing work of a range of Irish women poets, this book is a timely addition to the burgeoning critical field of Irish women's writing. 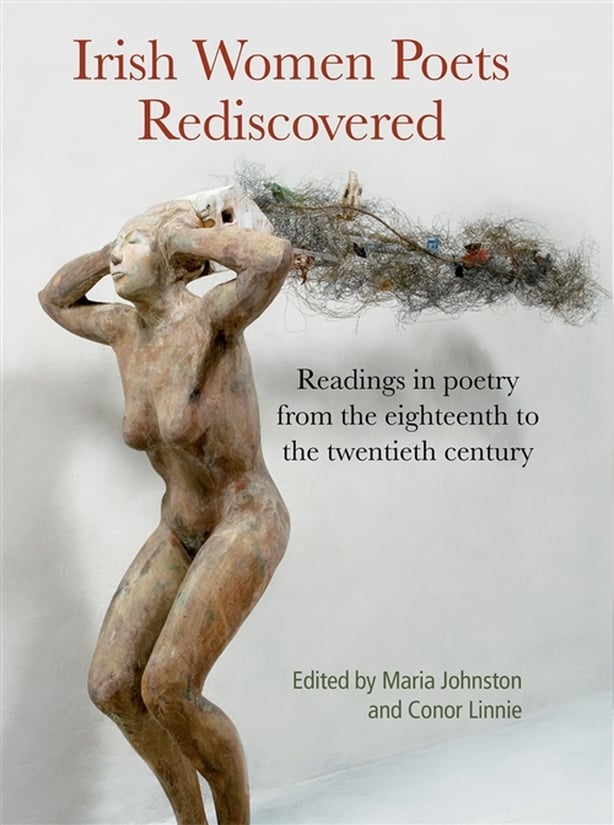 In this extract from the collection, scholar Carol Baraniuk considers the poetry of Florence Mary Wilson. Born in Antrim in 1874, Wilson’s poetry crosses borders of time, place and genre. As a woman writer within an Irish Protestant tradition of literary and political nationalism, her poetry draws from both Irish folk traditions and the Scots-influenced dialect of Ulster.

I saw the sea-folk ride

Roun Rachra in the Dawn;

On their white leppin horses

I wisht they hadn’t looked my way

For they tried to stove the boat on me,

An’ they tore my trawlin’-net.

Each wan wi’ a whippin’-weed

Lashed at his foamin’ horse;

An’ him who drove the hardest

I closed my eyes as it went by,

Swingin’ through the brine,

But off the swirl o’ old

Florence Mary Wilson’s brief lyric poem The Sea-Folk is memorable for its evocation of the turbulent seascape off Rathlin Island on Ireland’s north coast, its mingling of folklore with lived experience, and for the perfectly rendered voice of its speaker: a county Antrim fisherman who discloses details of a terrifying, supernatural encounter. His swift, fast-paced narrative reveals that while enduring extreme conditions at sea he has had the misfortune to come upon a party of mermen rolling a drowned corpse through the raging water and spume.

In speech typical of this part of Ulster where the Scots influence is strong, the narrator at once draws the reader into the experience he has suffered, conveying his horror through brief, tense comments, such as ‘I wisht they hadn’t looked my way’ and ‘I closed my eyes as it went by’. Thus, he indicates his fearful certainty that he has fallen under a curse due to what he has seen, and because he too has now attracted the malign attention of the sea folk, having ventured into their element.

Though the account is of necessity terse, Wilson’s stimulation of the senses is potent and concentrated. The rhythmical pattern is not smooth, varying sometimes unpredictably between iambic and trochaic, or in length of line, to convey the erratic rocking of the boat and the speaker’s disturbed state of mind. Onomatopoeic expressions frequently assault the reader’s ears: ‘whippin’-weed’, ‘lashed’, ‘skirlin’’, conveying the sea weed’s flailing, the rushing foam and the howling wind of the storm. Visual detail is used to maximum effect. The speaker conveys the grand prospect of the seas between Kinbane Head and Rathlin, effectively employing place names in the local forms, ‘Ceann Ban’ and ‘Rachra’; then in a particularly chilling moment he recalls, near at hand, the ‘wet hair shin[ing]’ on the corpse, all the more eerie for being glimpsed in the uncertain half-light of dawn.

In the final stanza the speaker contrasts the peaceful death and quiet grave he wishes for with the violent drowning to which he now feels he is fated at the whim of the pitiless sea folk. It is a compelling piece to read, and conveys to the rational reader not only superstitious fear, but also the genuinely petrifying, ruthless environment of the wild Atlantic, with which the fisherman in his tiny boat must engage. 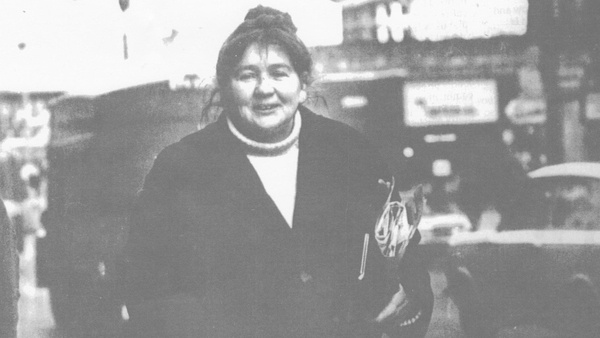