Based on the case files, and haunted by the voices of Ulysses, the dramatisation tells the story of the decade-long battle to publish Ulysses in America, culminating in the legendary Woolsey Judgement of 1933.

Below, author Colin Murphy describes the many streams of consciousness that inspired his Joycean courtroom drama...

My daily constitutional during lockdown took me along the banks of the Royal Canal, and at Crossguns Bridge in Phibsborough one day, I bumped into Des Gunning. He, as always, wanted to talk about Joyce, and the location was fortuitous: Crossguns earns a mention in Ulysses, as Leopold Bloom's carriage crosses the bridge on its way to Paddy Dignam's funeral.

Des had had an idea: he thought there could be dramatic potential in revisiting the Woolsey judgement - the legendary decision by a New York court that Ulysses was not obscene, overturning a previous finding against the novel. Woolsey's decision led to Ulysses being published in the US by the publisher Random House, which brought overdue popular recognition, and much needed royalties, to Joyce, and was a landmark in freedom of expression in America.

The Woolsey decision itself is a gem: a short, accessible, sensitive piece of writing that provides a brilliantly pithy overview of the novel and makes a passionate argument for its importance (read it here). But a verdict in itself does not make for drama: were there transcripts of the case, I wondered? Newspaper reports? Could I reconstruct the courtroom scene?

Gunning brought the James Joyce Cultural Centre on board and they asked me to write a short dramatic piece about the case for a zoom presentation in March, which the theatre company AboutFace performed; then RTÉ's Drama on One invited me to write a radio version.

In the meantime, I had discovered Declan Dunne's novel, Set at Random, a smart, page-turning homage to both Ulysses and the Woolsey case, brilliantly constructed to view the case through the eyes of a young intern at the legal firm entrusted with the defence of the novel. Dunne had himself reconstructed scenes from the court case; he directed me to a collection of the legal documents that had been published in 1984; a battered old hardback that had been long ago removed from circulation by the Iowa State University library was soon winging its way to me.

Darina Gallagher of the Joyce Centre then made another discovery: the Woolsey case had been covered by the iconic weekly news programme on CBS radio, The March of Time, whose writers would script fictional dialogue to take listeners behind the scenes of the week's key news events. (Orson Welles got early experience of radio acting in the March of Time ensemble, experience he would later put to devastating use in his fictionalised news broadcast, The War of the Worlds). Jim Keeley, a member of the James Joyce Society of New York, set about trying to uncover a recording or transcript of that broadcast. None turned up, but that gave me my opportunity: I would re-create that 1933 broadcast, using the radio announcer to give the audience the context they needed, and allowing the actors to lean nostalgically into the archness of those 1930s radio voices.

A quirk of the law under which Ulysses was prosecuted was that the book itself - not its publisher or author - was the defendant. Ulysses was literally on trial for its life, as the defence lawyer, Morris Ernst, argued. If the book itself was on trial, then the book would have to be heard: working with director Conall Morrison, producer Kevin Brew and musician/sound designer Si Schroeder, we imagined the voices of Ulysses slipping into the court room - or radio studio - through a rip in the space-time or fact-fiction continuum. As the lawyers argue over the appropriateness of Molly Bloom, Molly herself makes her presence felt. As the exhausted defence counsel, Morris Ernst, succumbs to a nap during a break in the proceedings, he tumbles into the dreamworld of Nighttown and witnesses Leopold Bloom being sentenced to death.

Ulysses may have been the work of a lone genius, but a play is always the work of many minds and talents - most obviously, those of the cast. A classy ensemble of Janet Moran, Helen Norton, Jonathan White, Morgan C. Jones, Stephen Hogan and Killian Scott bring the many voices and three worlds of the play (the radio studio, the court room and Dublin 1904) to life.

Woolsey delivered his verdict the day after the repeal of Prohibition and that, too, feels like a fortuitous connection, as we emerge from our own Prohibition of a kind. The play ends (spoiler alert) with the opposing counsel duly going for a collegial drink; I'll be celebrating by buying Des Gunning a pint - at the Brian Boru at Crossguns, where, as "water rushed roaring through the sluices", Leopold Bloom once reflected upon life and death, and The United States versus Ulysses was conceived.

RTÉ Drama On One: The United States versus Ulysses, RTÉ Radio 1, Sunday January 30th at 8 pm. Listen to more from Drama On One here. 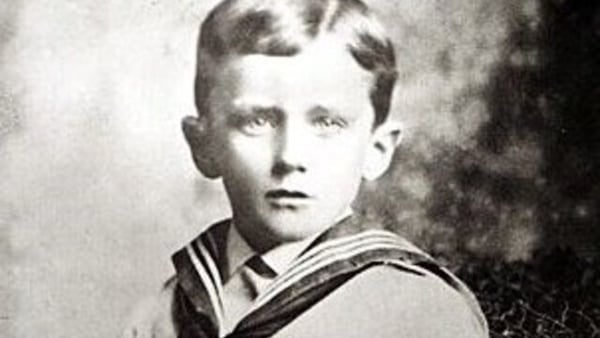