We're delighted to present the first chapter from Remember My Name, the latest thriller by Sam Blake, published by Corvus.

When Cressida Howard catches her entrepreneur husband playing away from home, she hires security expert Brioni O'Brien to get the evidence she needs for a speedy and financially rewarding divorce. But what Brioni uncovers goes beyond simple infidelity. Because Laurence Howard is also in bed with some very dangerous people...

If she'd turned her phone off, instead of listening in, perhaps nobody would have died.

Later, this was the thought that leaped around in Cressida Howard's head, consuming everything else like wildfire, spreading as it found and engulfed every lie, each one tinder-dry.

She would – eventually – accept that this wasn’t about her. It was all about him. His choices. His decisions.

And her. That woman.

But right now, she didn’t have the benefit of hindsight. 'I’m going out.’

Cressida looked up sharply at the sound of her seventeen-year- old daughter’s voice, her mind still reeling from what she’d heard. Emily-Jane didn’t wait for a response as she passed the partially open living room door, her heels loud on the polished maple of the hall floor.

‘When will you be back?’

On autopilot, Cressida raised her voice as she heard the front door open, the sound of the sea breaking on the rocks beyond the house spiralling in on a gust of wind almost drowning Emily- Jane’s equally automatic reply.

‘Where … Em?’ Cressida started to ask, but the dull thud of the front door closing cut off her words abruptly. A moment later she heard the engine of Emily-Jane’s Mini roaring into life and the sound of the wheels spinning on the gravel as she turned her beloved cream car in the drive and went through the gates.

Staring blankly at her phone, Cressida slowly realised that her only child was leaving the house at 9 p.m. on a dark October evening – a school night, and it was only Monday – and she had no idea of where she was going. Had Emily-Jane mentioned that she was meeting friends tonight? Cressida felt as if she was trapped in some sort of vacuum, an airlock between what had been and what came next, every movement, every thought, laboured. And her husband’s words were moving around her brain like a slow-motion movie of a giant moth flapping around a flame.

Talk tomorrow, I have to go …’

She’d hardly had a chance to reply. Had had her finger hovering over the end call button when she’d heard a clatter at the other end, as if he was putting the phone down. And then the sound of a door opening and a woman’s voice, her accent Italian or Spanish. There had been a rattle, as if a glass containing ice had been put down next to the phone. And then her husband’s voice again – low and throaty.

The pause had been too long, then a sigh … of pleasure? It had been a long time since she’d heard him sound like that.

She’d hit the end call button then, her blood rushing to her face, pounding in her ears as she fought for breath, her chest constricting as her heart rate increased.

And then Emily-Jane’s voice had blended into the maelstrom of confusion in her head, and a pain, acute like a stiletto, had pierced her chest.

As if it could sense her mood, a gust of wind and rain hit the curved Victorian bay window like spit shot. Cressida leaped up to close the curtains, rattling the heavy cream brocade along the brass rail with as much force as she could, shutting out the night and the storm that had been brewing all day, the sound of the curtain rings shattering the stillness of the room.

Her arms still raised above her head, she hung on to the draw rods, her brown eyes closed tightly, focusing on steadying her breathing.

Shock began to build into rage. She took a deep breath and slowly tucked her shoulder-length blond hair behind her ears. Turning to look into the room, at the white marble fireplace with its ornate gold mirror reflecting the light from the chandelier, the huge cream sofas, the glass-topped artisan coffee table where her white wine stood untouched, Cressida crossed her arms tightly.

She wasn’t taking it this time.

What had Nina been doing to him to make him sound like that?

She’d ignored her suspicions before, all the times before, the times when he’d been inexplicably delayed, when he’d vanished ‘back to the office’ at the weekend for an ‘important meeting’. She’d kept herself busy, focusing on their beautiful house, on Emily-Jane, on the school runs and juggling hockey meets and cross-country with work – the speech therapy sessions she gave that were so vital to her clients. On being the perfect mother, the woman who could do it all.

Then her colleague had proposed setting up their own speech therapy clinic, Phoenix Associates, and she’d become totally absorbed in moving out of the public medical system into private practice, in starting something of her own. Things were easing off now that Emily-Jane drove herself to school, that they had a team of therapists dealing with everyone from tiny children to elderly stroke patients. She only worked three days a week now, had time to swim in Laurence’s ridiculous Disney nightmare of a pool, to get to the gym, to entertain his business associates … Cressida bit her lip, folding her arms even more tightly, gripping the baby-soft wool of her oversized cream sweater. She’d been busy, had been happy to get on with her own life while Laurence consolidated his family hotel business. He’d been devastated by his twin brother’s death ten years ago, changed by it. Ferryman had been Pierce’s brainchild, and the reason they’d been in Silicon Valley in the first place. They’d been on their way to a funding meeting when a driver, already drunk at 11 a.m., had jumped the lights at an intersection, hitting them side-on, at speed.

After Pierce’s death, he’d become more focused, more ruthless, and he’d thrown himself into work, continuing their plans to move the Howard Group hotel bookings to a high-tech lifestyle platform that would (he’d said), as they brought their partners on board, become the go-to for everyone, whether they wanted to buy flowers or book a flight.

Despite his horrific injuries, Pierce had survived for three days, giving his wife Sinéad time to get to the hospital. He’d come around long enough for them to say their goodbyes. It had been a nightmare for all of them, but Cressida had always felt that a part of Laurence had died with Pierce. He’d come back a different person. She’d understood. She’d made allowances, but he’d become more and more distant.

He’d been so quiet when he’d first come home, disappearing for impossibly long walks along the seafront. She’d wondered then if he was meeting someone, but those walks had given him time to think, he’d said. He’d said he wanted to keep going – he needed to keep going. Pierce’s ideas would make them millionaires. Dublin was becoming the tech capital of Europe and now was the time to build. There would be long hours and he’d have to travel a lot, he’d said. He’d keep building what they’d started together, and it would grow exponentially, he’d said. He’d said a lot of things.

And now he’d said a name.

Cressida took a long slow breath and, heading across the room, reached for her wine, sipping it, savouring the delicate fruity flavour. She lifted the glass to the light, looking at the teardrops caught on its crystal sides, and took another sip.

First she needed to find out who this Nina was. And then she would work out what to do about her. 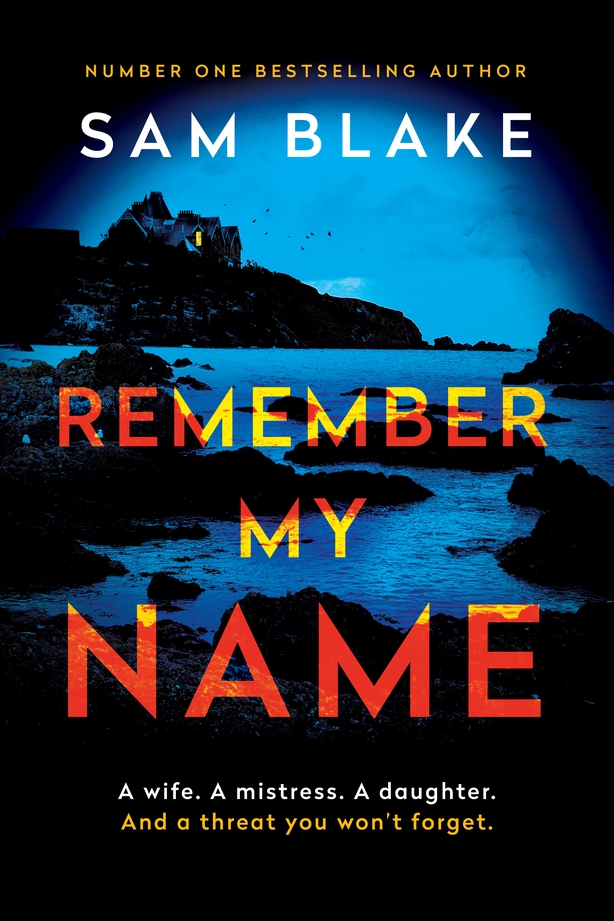 Remember My Name by Sam Blake (published by Corvus) is out now. 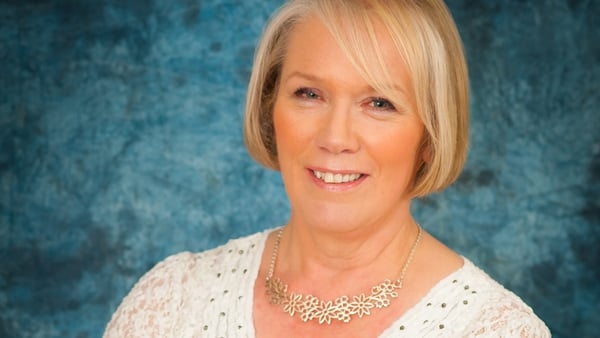 The House in The Woods by Zoë Miller - read an extract