'I feel that radio drama is a brilliant medium, in that it creates the space to explore complex issues and memories...' Novelist, playwright and poet Dermot Bolger introduces his new Drama On One play, Morning Coffee.

P.G. Wodehouse divided the English class system into three – "Toffs, Lower Middles and Tough Eggs". But in Ireland we liked the myth that, as a Republic, we possessed no class system. Class distinction in rural Ireland was multi-layered and intense. My mother's father farmed roughly seventy acres. As my mother died when I was ten, I may be out by a few acres. What I do know is that, as a teenager, she visited a school friend, the youngest daughter of a local doctor who, delighted to see her, made tea for them both in a china teapot. However the doctor’s older daughter stormed in to angrily pour the tea down the sink, announcing that the good china shouldn’t be used for visitors with only seventy acres.

For me, this story has always been a metaphor for a society where everyone knew the measure of everyone else in parishes containing invisible hierarchies. Those attitudes shaped the development of John – the main character in my new radio play, Morning Coffee. Not that John grew up on a farm of any size. He was the impoverished son of an alcoholic agricultural labourer in Roscommon; a widowed man who lacked any social status to prevent the violence and abuse that he suffered as a boy before leaving home to forge a new identity.

What fascinated me as a writer was the chance to explore the cat-and-mouse process that would eventually lead a calm man like John to snap into violence...

John is a character who lurked in my imagination for years before I wrote about him. I could see him arrive in County Kilkenny, where no one knew of his past, see him working for years as a labourer for a Protestant farmer, whose family had farmed there for centuries. I became intrigued by the spoken and unspoken tensions that would arise if this unassuming labourer dared to cross social and religious fault lines by gradually falling in love with and marrying his employer’s daughter – somebody equally quiet-spoken and equally burdened by secrets.

When my play opens, John is now seen by the world as a prosperous farmer; a compassionate, unassuming man who is deeply respected for his discreet kindness towards elderly lonely neighbours. He has reached an age to slow down, but his sole concession to old age is a cherished fifteen-minute break every morning to savour the treat of sharing a coffee with the wife whom he deeply loves. This precious ritual is about to be shattered when a caller from John's early life in Roscommon intrudes on their quiet world, bringing unwanted reminders of a past John has tried to forget. This leads to the violent confrontation at the heart of the play.

What fascinated me as a writer was the chance to explore the cat-and-mouse process that would eventually lead a calm man like John to snap into violence, when the new life that he has built for himself is pared back to let him vividly remember his feelings of helplessness when he was assaulted and abused as a boy. This caller may wish to atone for crimes committed a half century before, to plead guilty in court and for John to receive restorative justice and compensation. But I wanted to explore the idea of a victim who refuses to let himself become anyone else’s victim again. In John’s mind, even acknowledging his past is tantamount to tearing down the edifice he has built around himself. It risks contaminating his children and grandchildren by having them indirectly associated with events from a different life that he is only willing to deal with on his own terms.

Listen: In The Wings - Dermot Bolger on Morning Coffee

I feel that radio drama is a brilliant medium, in that it creates the space to explore complex issues and memories and to let even a taciturn man like John delve deep enough into himself to truly speak his mind. I leave it up to listeners to decide if Morning Coffee is a play about a man who refuses to accept any imposed status of victimhood or if it is about a man so traumatised by childhood events that even in old age, he cannot confront such memories. I likewise leave it to listeners to decide if it is about a perpetrator who has slowly coming to understand the implications of his actions and wishes to allow John to have the chance to have justice or if he is someone who is trying to once again wreak havoc in John’s life, a half century later.

But for me, while this is a play about dark secrets, it is also a love story about an elderly couple who, after decades of loneliness, have reached out to find each other and build a small republic of love where they are determined that any secrets they share will go with them to the grave.

Drama On One: Morning Coffee, RTÉ Radio 1, Sunday, January 9th at 8.00pm - listen to more from Drama On One here. 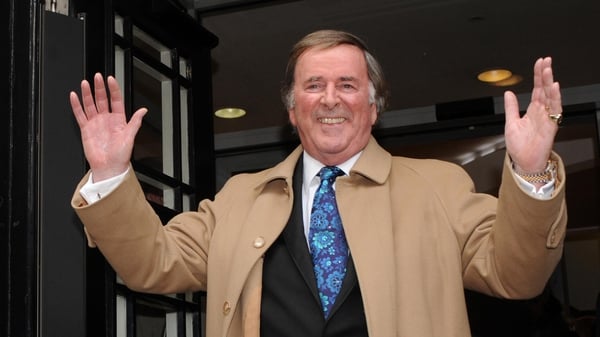