We're delighted to present an extract from A City Symphony, the new short story collection by Maeve A. Devoy, published by Mad Times.

Set in real-time, the collection of 13 stories depicts the lives of the 13 Dubliners she interviewed, while portraying the diversity and reality of life in Dublin City. The author also narrates her own creative journey, as she struggles to find and afford her place amongst the city that is disappearing and discovers the tick-tick-ticking of a tricycle that provides her with a new perspective.

Everyone wants to be a winner. To have the opportunity to predict the future. To place a bet, or take a bet, and know they were right. That the stars had aligned just for them. If they did not, Louis would be out of business. He calculated the odds and the dogs raced. It was an old game. But it was a good one. And he had been playing it long enough to know that for punters to put their money down, he had to give them a taste of what they wanted.

In the hallway mirror, he checked himself from every angle. His tailored suit hung handsomely. His silver hair combed back perfectly. His watch glimmered. Nothing, it seemed, was out of place, until he smiled.

Then, the nerve below his right eye trembled.

He dropped the act and grabbed his car keys. The pleasantries were not a necessity. But getting to work on time was. Stepping outside, he locked the door behind him.

The two-storey detached house dominated the darkness around him. He crossed the concrete to his Mercedes, hopped in, buckled up and took off into the mountains, down the winding road that led to the motorway.

He did not look back.

He had an hour to collect his father and get to the track before betting began. He reached over to the passenger seat, grabbed that night's racecard and balanced it on the dash.

Reciting the odds he had scribbled down that morning at the race meeting, he stalled on the dog that had taken his breath away: She-Ra was her name.

She was a stayer.

Pure white with pink paws, she never faltered in form or lost. She was an impeccable dog. Louis would not deny it. He had put his money on her, more times than not.

Then, she disappeared from the race-card. That was two years ago.

When he saw her name earlier, he was surprised. She was racing alongside two young dogs that had been winning recently.

The numbers were traced, over and over, in black ink beside her name. Those odds

would reel the punters in, for a look if nothing else; it would set their blood racing, which was exactly what Louis wanted. He sat back and accelerated.

The dogs were all that mattered for the next few hours: he needed a level head. He pulled a Marlboro Red cigarette from his shirt pocket, sparked it and rolled down the window. The wind sliced through the car, cutting away any comfort.

He had never dreamt of being a bookmaker. A pilot, maybe. A racing car driver, maybe.

Never a fourth generation bookmaker, hoping that he looked the part. That he had taken the gamble out of gambling.

At 54, he believed it was too late to change. He had no qualifications. No other work experience.

There were deep lines carved around his eyes, which was what he got for spending a lifetime beside the track. As a young boy, he worked for his father and his grandfather, running up and down the bookmaking line, keeping track of their competition’s odds.

He was always the quickest to do it too. But everyone knew that Louis enjoyed a bit of friendly competition. In school, he played poker instead of going to class, reckoning that it did not matter, once he won.

He tried the suit and tie, nine-to-five job when he was 17: he went to work in an office and quit two days later. He could not hack the pace.

His father was not surprised. He told Louis it was time for him to join the family business. He had to start earning some money.

Louis agreed with him.

At 19, he was the youngest person to ever apply for a bookmaking licence. The Gardai forced him to find a guarantor. His father obliged without any hesitation.

Louis had seen a lot of guys go bust: the money was not coming in, so they could not pay back their borrowings. Other guys walked away because they were losing. They could not see how it would ever work out. Either way, they were left with nothing.

Louis went into it with his eyes open.

There was one track, 12 races, four nights a week to be exact. The races were every 12-14 minutes, which left the betting time at four to five minutes. When the money comes in, the dogs go out and the odds fluctuate. It was easy enough, once he got the hang of it.

Most importantly, Louis understood he had signed up for a life with no guarantees. And no one else to blame.

Take the traffic lights just up ahead, turning from amber to red at the edge of the city.

"Will I make it?" Louis asked.

"Will I take the chance?"

Every young fella has a heavy foot - try telling them to come back tomorrow. That there was no such thing as the last race. They will not listen to it. Louis did not.

He thought he knew it all in the beginning. That his father and his grandfather were outdated. Then, he went belly up, just a few weeks after going out on his own.

Speeding toward the changing light, he gritted his teeth as the adrenalin shackled the breath that was charging through his chest. He eased off the accelerator and exhaled.

That was what bookmaking was all about: weighing up the odds. They were all a bookmaker had in his favour. Stopped at the red light, he lit another cigarette.

He was an old dog. He did not need to win every race.

A City Symphony by Maeve A. Devoy (published by Mad Times) is out now - find out more here. 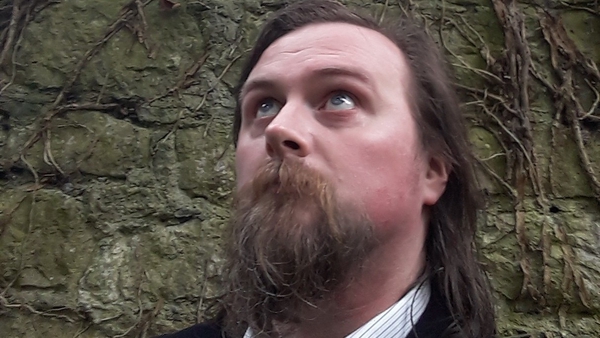 Extract: It Rose Up - an anthology of Lost Irish Fantasy Stories