With a total of 255 projects featured, The Dublin Architecture Guide 1937–2021 is a companion guide to the modern architecture of Dublin, published by Lilliput Press - read an extract below.

Written by three Dublin-based Architects, Paul Kelly, Cormac Murray and Brendan Spierin, the authors are passionate about celebrating and raising awareness about the capital's architecture. From Trinity College to the Docklands, Ballymun to Ballyfermot, Swords to Dún Laoghaire, The Dublin Architecture Guide 1937–2021 celebrates all the brick, timber, concrete, stone, and glass that have helped define the new Dublin of the modern era.

This book has many visual contrasts: Lansdowne Road Stadium is presented alongside Herbert Mews, a two-storey brick residential scheme; the restored Irish Museum of Modern Art beside a vocational school in Inchicore; the Exo office building beside the single-storey Bord Gáis Above Ground Installation. Contrasts sometimes manifest themselves across one building, such as Sam Stephenson’s Civic Offices contrasting with Scott Tallon Walker’s later addition. Looking at these different buildings collectively rather than in isolation enriches them, seeing marked differences or subtle continuities between styles and eras. As Erika Hanna eloquently describes in Modern Dublin: Urban Change and the Irish Past, 1957–1973:

The city became a site where a multiplicity of identities and agendas were visualized, debated, and given a concrete reality … modern Dublin took its form at the intersection of these tensions.

Previous studies on Dublin’s architecture have been prepared with a sense of urgency and purpose. Niall McCullough, for example, described his ambition to create a better awareness and understanding of Dublin’s undervalued Georgian Architecture in Dublin, An Urban History: The Plan of the City.

The book described the architecture and urban design of the city – and especially the Georgian structure which still formed its core – not as a pleasurable investigation of the past for its own sake but because I thought that the urban structure had great depth and complexity, that it was under-appreciated, and that beginning to unpick it could release ways that I, and other architects, might think about making new buildings in it.

Elsewhere, Frank McDonald described in vivid detail the wanton demolition of the city’s historic fabric for profit-driven development. He urged, in The Destruction of Dublin, for councillors and the public to take responsibility for protecting and preserving the city:

People get the cities they deserve. And if our capital city has been reduced to a shambles, it is because we never cared enough to save it.

This architecture guide unintentionally became a means of recording a number of modern buildings prior to their demolition. When McCullough and McDonald were writing in the twentieth century it was the Georgian fabric under threat. Today, many examples of mid-century Irish modernism are under-appreciated and have been erased for more profitable and efficient alternatives. Only 11 buildings in the book are protected structures.

Examples of buildings that have been demolished include the AIB Headquarters in Ballsbridge, the Bord Fáilte Head Office, Fitzwilton House and the ESB Head Office. These buildings are presented as black and white photographs in the book. Sam Stephenson, one of the architects of the ESB Head Office and the enfant terrible of 1960s and 70s Irish architecture, stated in an interview in 1986:

A city is like a woodland which is constantly being changed, replanted, buildings are getting old and being replaced. But you keep a stock of buildings, you keep the best of the past and you add to them with the best of the future. There’s always a pendulum swinging one way or the other.

While we acknowledge that cities have to evolve and regulate over time, we aspire in this publication to promote an awareness of the design consideration behind much of our 20th-century architecture and present these buildings as threads woven into the larger tapestry of Dublin.

The Bank of Ireland Head Office consists of three blocks of varying size. The larger form placed to the rear of the site is complemented by two lower blocks to the street, forming a public space. The buildings were designed in the style of Mies van der Rohe incorporating bronze manganese cladding, windows and wind bracing. The plaza is animated by vibrant sculptures by Michael Bulfin and John Burke. Following renovations in 2019, the complex was renamed Miesian Plaza.

This is an 18-acre sports campus that also includes a library and community building, a crèche, a landscaped civic plaza and a public park. Timber is used extensively in the building; the primary structure is a hybrid system of concrete up to first floor with the remainder in timber and precast concrete floors. The concrete and timber finishes are exposed in the interior to promote a clear understanding of the structure. The structure and breathable timber façade are made from a combination of larch, cedar, iroko and birch. The roof features continuous rooflights made from cross-laminated timber panels.

Church of the Ascension of the Lord

This church is inspired by Eero Saarinen’s 1955 chapel in MIT. It consists of a large brick rotunda connected to a smaller circular sacristy. It features predominantly blank brick walls with low segmental arches at the base and a metallic roof on arching supports. The only traditional indicator of the church function is a piercing metal spire at the centre of the cylinder. David King designed the metalwork tabernacle and cross and Sally O’Sullivan designed the Stations of the Cross. 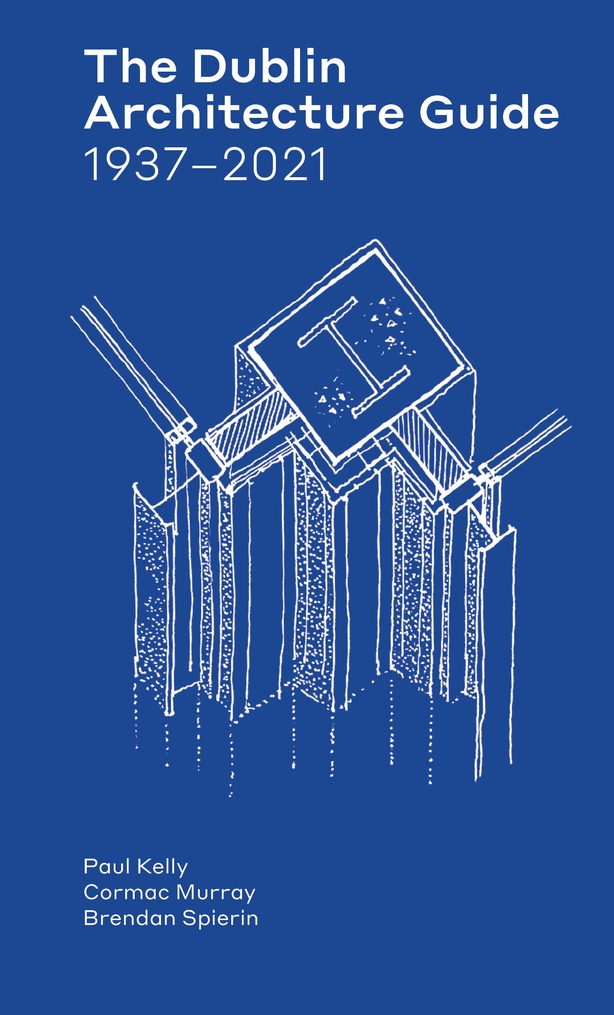 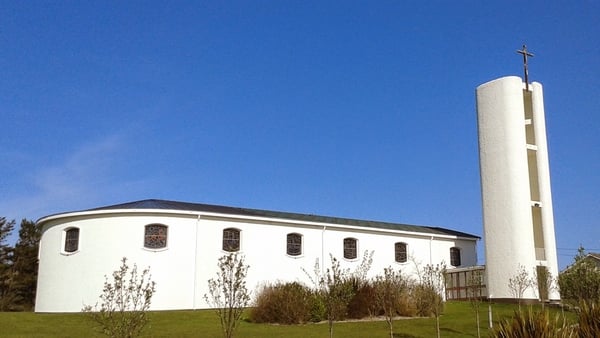 100 Buildings of 20th Century Ireland: a modernist masterpiece in Donegal