This is not an autobiography, or even a memoir. As Fintan O’Toole admits, his life is far too boring for that. Neither is it a history of modern Ireland – there is, the author points out, no shortage of those.

Instead, it is something far more interesting – an illuminating, provocative and very entertaining look at how Ireland has changed over the author’s lifetime, with the massive social, economic and political changes since his birth in 1958 linked to episodes in his own story.

And there are, despite the author’s modesty, a few entertaining episodes from his own life. There is, for instance, the effect of a Wolfe Tones concert on his impressionable young mind – it led him to shout "Up the Ra" at then Taoiseach Jack Lynch, who either didn’t hear or pretended not to. On another occasion, we find a youthful Fintan pushing rails of dresses down George’s Street with the young Ben Dunne, who is described as "not surly, just taciturn and a little gruff".

O’Toole is penetrating on the class system which Ireland pretends not to have. One minor but telling episode happened when he arrived in UCD in 1975. He told a fellow student, who came from Foxrock, that he was from Crumlin. The other student had clearly never heard of this working-class suburb, just five miles away, and assumed it was somewhere down the country. He asked O’Toole if he went 'home’ at weekends. "It came home to me that moving between social classes was still not so easy in Ireland."

The failure to know where Crumlin was might be ascribed to ignorance. Or it might be due to something else. Throughout this book, O’Toole highlights hypocrisy, which he identifies as a particularly Irish trait. Doing one thing, while thinking, or claiming to think, another. Or, more often, of knowing something, but at the same time not knowing.

It was clear that plenty of people knew that some priests were not to be trusted with children, but nobody ever named clerical sex abuse. At a time when contraception was illegal, literally unbelievable numbers of Irish women needed the pill as a "menstrual cycle regulator". And hypocrisy had plenty of economic applications too – bogus non-resident bank accounts being one obvious example.

Some of O’Toole’s targets are of the soft variety. He is, for instance, very mean about poor Michael Flatley. He outlines the ‘plot’ of his show Celtic Tiger, complete with "a chorus line of Brits, identifiable by their red coats and powdered wigs, goose-stepping and robotic, like clockwork Nazis". There is also Flatley leading the 1916 Rising, and Kathleen Ní Houlihan dressed as an Aer Lingus stewardess who performs a striptease act, "peeling off her green Irish uniform to reveal underneath a bra and panties imprinted with the Stars and Stripes". As O’Toole drily concludes, "None of this was meant to be funny".

In a completely different category of importance, the hypocrisy of the Catholic Church might be considered an easy target nowadays, too, but O’Toole highlights some examples which are worth revisiting. For instance, there is the story of Eileen Flynn, sacked from her job as a teacher in New Ross for having a child outside marriage. At the same time, in the same diocese of Ferns, several priests, including the odious Seán Fortune, were repeatedly raping children, and nothing was done on foot of complaints about them.

O’Toole is also critical of Republican justifications for their actions during the Troubles. The Provos claimed there was a war on, but complained that their opponents did not follow peacetime rules. It was, O’Toole argues, war when it suited the Provos, but not war when it didn’t. His argument is a masterpiece of polemic, to which a short excerpt can’t do justice: "It’s not war when you are outraged by failures to adhere to due legal process after you’ve been caught with Semtex in your car, but it is war when you drag sixteen-year-olds out of flats in impoverished Catholic ghettoes and maim them for life because ‘everyone knows they are guilty’ of anti-social behaviour."

After listing a number of the worst atrocities perpetuated by the Provisional IRA, including the despicable bombing of the La Mon hotel, O’Toole concludes: "If this was war, these were war crimes".

A charge of hypocrisy is also laid against Charles Haughey – a charge which few would argue with after revelations that he accepted vast sums from wealthy businessmen to fund his lavish lifestyle. He was, as O’Toole witheringly points out, "a man of infinite pride without sufficient self-respect to keep him from becoming a kept man".

But Ireland according to O’Toole isn’t all bad. The very things which allowed such double thinking to carry on for so long also encouraged cultural distinctiveness. "The habits of mind that created so many problems for politics and public discourse – the slipperiness, the ambivalences, the not-knowing – are also conducive to creativity in art. Irish artists could have everything (at least) both ways. They could be at once realists and fabulists, social critics and mythmakers… They could at once rail against Catholicism and raid its vast storehouse of imagery, knowing that their audience could still be touched by the power of its iconography."

A small quibble: there are a few errors that are surprising in a book of this quality. De Valera was born in Manhattan, not Brooklyn, and his first name was Éamon, not Eamon. The leader of Fine Gael was James Dillon, not John. Desmond FitzGerald was a member of the revolutionary rather than the "evolutionary" elite. And don’t get me started on "comely maidens dancing at the crossroads", a phrase de Valera never used.

But overall, even if you don’t agree with much (or even any) of what Fintan O’Toole says, you are likely to enjoy reading this book. People may argue with the substance, but nobody could argue with the style – a piece of Irish duality that the author may appreciate.

We Don't Know Ourselves: A Personal History of Ireland Since 1958 by Fintan O'Toole (published by Head of Zeus) is available now. 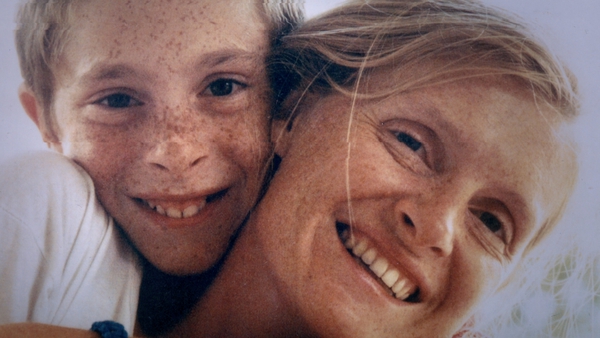 Murder at Roaringwater - David McCullough on a shocking true tale