Documentary maker Michael Kealy introduces his acclaimed Documentary On One production - listen to Grace and Emmanuel – A Tale of Two Emigrants here.

On February 19th, 2011, a young Irish woman named Grace Farrell froze to death on her makeshift cardboard bed in the doorway of St Brigid's church on the Lower East Side of Manhattan. It was the coldest night of that New York winter. She was just 35 years old.

I first came across the tragic story of Grace through a moving tribute to her in the New York Times written by Emmanuel Touhey; an Irishman working as a journalist in Washington DC. Grace and Emmanuel had both grown up in an orphanage in Drogheda in the 1970’s and 80’s and both had emigrated (separately) to America in the early 1990’s. Once in America their fortunes diverged dramatically; Emmanuel worked his way up from bar and hotel work to a senior editorial position with the public service network C-Span while Grace lived a more peripatetic existence on the streets of Manhattan.

Grace had emigrated from Ireland with dreams of making a new life in the United States. She also had one other major goal: to meet her mother. When Grace was born her mother, unable to care for her put her up for adoption. Unfortunately, this initial adoption was never finalised and a second foster-care placement didn’t work out either. So, in the early 1980s she arrived at St Vincent’s, a Daughters of Charity run children’s home in Drogheda. Emmanuel says in his article that when she was asked why the second foster home didn’t work out she replied, "Do you know the way you can’t put hot food into a cold fridge? Well, I was the hot food and the foster family was the cold fridge." At that stage she was seven years old, meanwhile Grace’s mother had left for the US.

Emmanuel Touhey was just one of the dozens of other children living in the orphanage at the time Grace came to live there. He had arrived in 1968 as an 18-month-old because just like Grace, his mother was unable to look after him and St Vincent’s was the refuge where he would spend the best part of the next 20 years. Emmanuel remembers Grace as a shy but fun-loving child. "She had a very loud and deep laugh, and she would be very mischievous, and she could have this terrible serious frown, and then this great guffaw would come out of her" he says. "I think she enjoyed her own company, but she also craved the company of others. You know, just like we all did, she wanted to feel loved and she wanted to feel secure."

Grace settled into the home, and by all accounts she had several happy years in the care of the nuns. When she was 11 or 12 she went to live with her paternal grandparents who happened to live nearby. Her friend and cousin Diane recalls that Grace had been walking past her grandparents’ door to school each day without realising who they were. Once she moved in with them, Diane says, Grace entered a very happy and stable period. "Her grandparents gave her such a wonderful life, they really did. They were so good to her. I mean, she really wanted for nothing."

By the end of her teenage years, however, warning signs of Grace’s inner turmoil were beginning to show, mainly through her drinking. Shirley, another of Grace’s friends, remembers the emerging warning signs of serious alcohol abuse. "There was an instance one time when we had to bring her home because she was that drunk," she says. "She had a bottle in her hand, and she fell and cut her whole hand, and it kind of did get to the stage where it was a lot of work to be out with her, because you were just constantly minding her, and I think that’s probably why we drifted apart." After she left school Grace went to England for a year, then returned to Ireland for a time before moving to the US, ostensibly to find her mother. "It was always a big gap in Grace’s life" says Shirley, "It was something that she always talked about, her mother in America, and I knew – I think we all knew – that she was going to go and try and find her mam and get closure."

A few years before Grace decided to emigrate Emmanuel had made the same decision. After a number of unhappy years in Dublin, struggling to make ends meet while trying to break into radio journalism, he was allotted a green card in one of the American visa lotteries of the early 1990s. Wandering through lower Manhattan, looking for work, Emmanuel got a job at Rosie O’Grady’s, an Irish bar near Times Square. All the while harbouring ambitions to get back into what he loved doing most; covering politics. Eventually this led him to the US capital. "I moved down to Washington and I used that as my base to network and to get to know people on Capitol Hill. I did an internship with the Senate foreign-relations committee and that was the time when the whole peace process was going on in Ireland, so I got a front-row seat."

Emmanuel thrived in his new home. He got a job with C-Span, the DC-based political news network, got married and started a family. Back in New York City things were much different for Grace. Like she always hoped she would, she found her mother living in the Bronx, but things didn’t go smoothly and the relationship was fraught from the start. One day, on the Lower East Side, Grace met a man named Albert Muñiz. In January of 2015 I managed to track Albert down to his apartment on East 4th Street.

"It must have been sometime around seven o’clock on July 4th, and I went out to get cigarettes," he says. "I see these girls kicking her. She was on the floor, trembling, you know, and I said, 'Hey, what are you doing? Are you crazy? Don’t be hurting her.’

Albert took Grace in and soon they were in a relationship together. On September 20th, 1998, Grace had a baby boy, whom they named Oliver and for a while she seemed to be settling down. But a life of domestic harmony was to be short-lived, soon Grace began drinking again. Albert says she would sometimes go missing for weeks, even months. "She would disappear . . . I had to get flyers with her picture and go all over the East Side."

Tompkins Square Park, on the Lower East Side, is a 10-acre park popular with skateboarders, dog walkers and chess players, it also has a large population of homeless people who regularly hang out there. Mobile soup kitchens dispense hot food and charity workers distribute warm clothing several times a week. On the night of February 19th, 2011, Grace found herself there on the coldest day of an exceptionally bitter New York City winter. She settled into the alcove of a doorway outside St Brigid’s church, lying down on a couple of flimsy pieces of cardboard. Fr Patrick Moloney, who is originally from Limerick, has been living beside Tompkins Square Park for nearly 60 years. He used to see Grace pass his door regularly and he remembers the day clearly. "It was an extremely cold day. I wasn’t at all surprised," he says about hearing the news of her death. "All I was told was that she was found in the doorway."

He says those who hit rock bottom come from all sorts of backgrounds. "There’s no common denominator here. It reaches out to all kinds of people. So many of them will get that feeling of euphoria, and then they die of exposure, because they don’t feel the cold creeping in on them. That is very possibly what happened to that dear lady. She probably went in her sleep very peacefully – and tragically."

Back in Ireland Grace’s friends heard the news of her death with disbelief. "A headline with ‘woman freezes to death’ just stabs at the heart of anybody who loved and knew her," says Diane. "She wasn’t homeless; she chose to be away from her home and I know her family came from that point of view as well, because the first question people ask is, ‘Where’s her family? Why did nobody help her?’ And that’s just not how it was . . . She really did have a chance with her grandparents. They were so good, and the love that she got in that home . . . We’re never going to know the reason."

In Washington DC Emmanuel also heard the news. Although he hadn’t seen Grace since they were at St Vincent’s children’s home together, her death shocked him. Some of the reporting around Grace’s death bothered him and he wanted her to be remembered as more than just another grim, winter statistic. He wrote about her in a New York Times blog, in it he describes the Grace he remembers; a gentle soul who sought out her kindred spirits and fought for the affection of all those who cared for her. "I wanted people to understand that, yes, she was a statistic, but she was a person as well and she had a difficult life that had combined and resulted in her early death on the streets of New York, and it was really a very sad story. I think that, despite how hard she tried and how much she hoped to live a life, one that she wanted to live for her son and for her family, the odds were against her from the beginning."

Recently I came across this comment which was written in an East Village blog around the time this documentary first aired in 2015:

There's no way, I suppose, that the writer/documentarian could have known this, but Grace spent the last year of her life struggling to get sober, which makes her death all the sadder. She was a quiet but strong presence in AA meetings, and had a beautiful sponsor who helped dozens of other women before she herself passed away from cancer. But Grace was also unreachable, even as she kept returning after relapsing; at one point she amassed over thirty days of sobriety, and it was like a light flickered on in her, and I saw her smile for the first time. But it didn't hold. A rehab would have been best, perhaps, but she had no resources for it, or she resisted going. After she went absent the last time around, I kept expecting her to return as she had before; and while we see people who relapse and die all the time, there was something about her end that haunted me, and the other seven people who showed up at the sad, makeshift memorial we had for her. It's a lonely end, to die in that place, in the winter, at night. Grace was a lost soul, but knew enough, despite it all, to want to live. 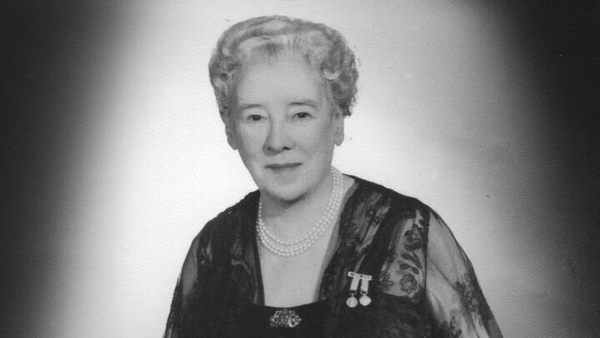