Filmmaker Tom Sullivan joined Ryan Tubridy in studio to talk about immersing himself in the landscape of the west to bring a Famine story to the screen in his new film Arracht - listen to their conversation above, while Tom writes about the film for RTÉ Culture below.

Arracht was supposed to go on general release in April 2020, so it feels somewhat surreal that it's happening now. The fact that it is getting a general release at all is a triumph. A lot of Irish films ended up missing out for different reasons and going straight to streaming, so I owe a great deal to TG4 and Cúán the producer for holding their nerve and getting it into the theatres.

There is an authenticity in the way the characters speak in the film that I am very proud of. It transcends any barrier that people might have built up over a lifetime of struggling to learn our language.

The pandemic has been tough of us all, but Arracht has kept me afloat in a strange kind of way. With the Oscar entry earlier in the year and it’s successes at different festivals it’s been the gift that keeps on giving. I feel that there is now an increased resonance to the film through what we have all experienced.

It is a story about a man whose life is irrevocably altered by a natural event leaving him unable to care for his family. The resulting isolation and loneliness he suffers is devastating until he encounters a young girl who needs his help. It is through their reliance on one another that he rediscovers his soul. I think the pandemic had brought into sharp focus the importance of human contact and of nature's indifference to us. The way the country has rallied and held its ground, the sacrifices that people have made for one another are all themes in the film.

I have been asked many times about the fact that the film is in Irish and would that put people off. I believe that we would all speak it if we could but the way it has been thought has been problematic. What I have discovered as Arracht has been shown all over the world is that our language is even more powerful than I imagined. My greatest wish is that Irish audiences go and see the Arracht and allow it, the Irish, to wash over them. There is an authenticity in the way the characters speak in the film that I am very proud of. It transcends any barrier that people might have built up over a lifetime of struggling to learn our language.

Three years almost to the day we were out in Lettermullen shooting the film, four storms with names came in off the Atlantic in the four weeks we had to shoot it. With the help of an amazing cast and crew and the people of Connemara we achieved something special, we made a great movie. It seems fitting that everybody who wants to, gets to see it now on the big screen.

Arracht is in cinemas nationwide now. 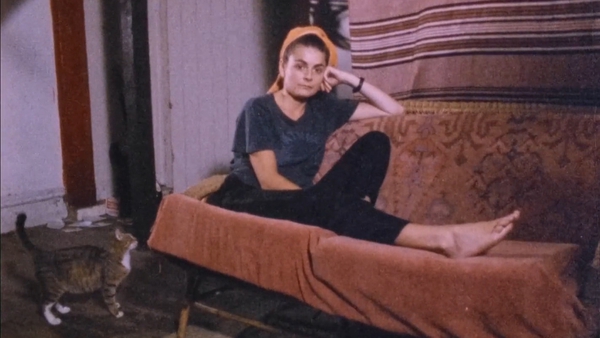