We're delighted to present an extract from O'Connell Street: The History and Life of Dublin’s Iconic Street, the new book by Nicola Pierce, published by The O’Brien Press.

O'Connell Street is at the heart of Dublin. Through name changes and revolutions, destruction and rebuilding it has remained at the heart of the story of Ireland for centuries. Nicola Pierce explores the people, the history, the buildings and the stories behind the main street in our capital city...

Michael Collins’s career almost ended in the Gresham. It was Christmas Eve and a private room could not be found so it was decided that the IRA intelligence officers would eat in the main dining room. We can imagine everyone enjoying themselves, eating and drinking the best that the Gresham had to offer until, presumably, the festive mood evaporated with the arrival of British Auxiliaries in search of Collins. When their target tried to leave, he was stopped and searched. The soldiers were armed but all they had was one inadequate photograph of the infamous Michael Collins, obliging Collins to go on the offensive by loudly proclaiming himself as an ordinary, innocent man trying to enjoy his Christmas dinner. He bitterly complained when a soldier actually reached over and ruffled his hair to make him look like the fellow in their photograph. Miraculously, his 'disguise’ worked and the soldiers left to search elsewhere.

The Gresham Hotel was obviously a favourite with Collins and his colleagues as, following the announcement of the Truce on 9 July 1921, this was where the IRA met with the British Army to discuss what would happen next.

Less than a year after the Truce was signed, everything fell apart with the outbreak of the Civil War. Michael Collins was living his last weeks, while the Gresham would be severely punished for providing a haven for anti-Treaty Forces. Thursday, 6 July 1922 marks the beginning of the end for Thomas Gresham’s construction. At 12.15pm, machine guns focused on the lavish architecture about thirty minutes before two armoured vehicles, crammed with pro-Treaty soldiers, pulled up across the road and aimed their guns at the front door, splintering the walls and shattering the windows. Then came the bombs that created a fire ball. By 1.30pm, the building was tottering and an inferno was spreading due to a southerly breeze. Over the next couple of days five hotels were reduced to rubble: The Gresham, The Hammond, The Granville, The Crown and The Edinburgh, but only one of them would be reborn again.

The reopening of the Gresham Hotel on Saturday, 16 April 1927 caused great excitement, with plenty looking to book rooms and anxious to see its new interior. For people weary of years of war, the sight of this building restored to its former glory must have been a comfort and a clear sign that it was time to move on. Kate Mullen was the new manager, a role she would hold until 1940.

Timothy James (‘Toddy’) O’Sullivan hailed from Waterville in County Kerry. In 1940, he took over as hotel manager with a Curriculum Vitae that involved managing the Rock Hotel in Gibraltar and the Four Courts Hotel on Ormond Quay, which was demolished in the 1980s to make way for offices. His appointment transformed the hotel as he set about outwitting wartime shortages to ensure that the restaurants and bar continued to provide fulsome fare. To accomplish this, Toddy became something of a ‘black market’ expert and was obliged to travel miles across Ireland to buy the likes of butter, alcohol and tea.

He employed Karl Uhlemann as head chef and sous-chef Michael McManus. Both men came from the Regal Rooms, the restaurant attached to the Theatre Royal in Hawkins Street. Born in Alsace-Lorraine, Uhlemann had worked in a variety of restaurants across Europe, Britain and Ireland. During

WWI, he was imprisoned in Oldcastle, County Meath, which proved fruitful since he went on to marry a local girl and never returned to Germany. His reputation was first class and he became governor of the order of merit of the International Academy of Chefs de Cuisine in London.

One of the first changes that Toddy made was to set up a grill room with an extensive à la carte menu. The chefs and the manager were a dream team that triumphed even when British newspaper the Daily Express printed one of the à la carte menus on their front page to highlight their disapproval at how prosperous life was in neutral Ireland during wartime. Undoubtedly, plenty of readers agreed with the editor, whilst plenty others treated the coverage as a welcome advertisement for where best to go for delicious food; consequently, hundreds of off-duty British and American servicemen arrived at the hotel in search of the promised land, including ten US airmen with their host First Lady Eleanor Roosevelt.

Less attractive guests were the Irish-based Nazis, who held their 1937 Christmas party in the Aberdeen Room. Two years before the outbreak of the Second World War, this must have been a sight to behold – what with the Swastika flags draped over the balconies and the entire evening being ‘overseen’ by the huge portrait of Adolf Hitler.

Happier memories are to be found in events such as that of 19 December 1909 when that same room was the location for a special lunch organised by the Corinthian Club for Polar explorer Ernest Shackleton. Founder of the gentleman’s club and president of the Royal College of Surgeons, Sir Charles Alexander Cameron gave a speech about the wonder of an Irishman being the greatest of the Antarctic explorers.

Five years after assuming his managerial role, Toddy was made a director of the Gresham Hotel Ltd on 31 August 1945, thus allowing him to implement his grandest plans. Peace had returned and Toddy, wisely anticipating a post-war boom in tourism, set his cap on increasing the number of American visitors who would not baulk at paying good money for excellent service and facilities.

Over the next few years, Toddy built eighty more bedrooms and, furthermore, all rooms were made ensuite – the first Irish hotel to provide this amenity. In 1959, he introduced a Garden Room restaurant. By now the Gresham was the place to be, and on New Year’s Eve 1961 the Irish national television broadcasting company, Teilifís Éireann, was launched from the hotel. In the following year, the 34th president of America, President Dwight D Eisenhower, was personally invited by Toddy to visit Ireland. The President came for four days in August 1962, splitting his time between Dublin, Wexford and Wicklow, and of course he stayed at the Gresham with wife, and their two grandchildren. Twenty-five thousand people lined O’Connell Street to bid him farewell as he left the hotel for Wicklow. 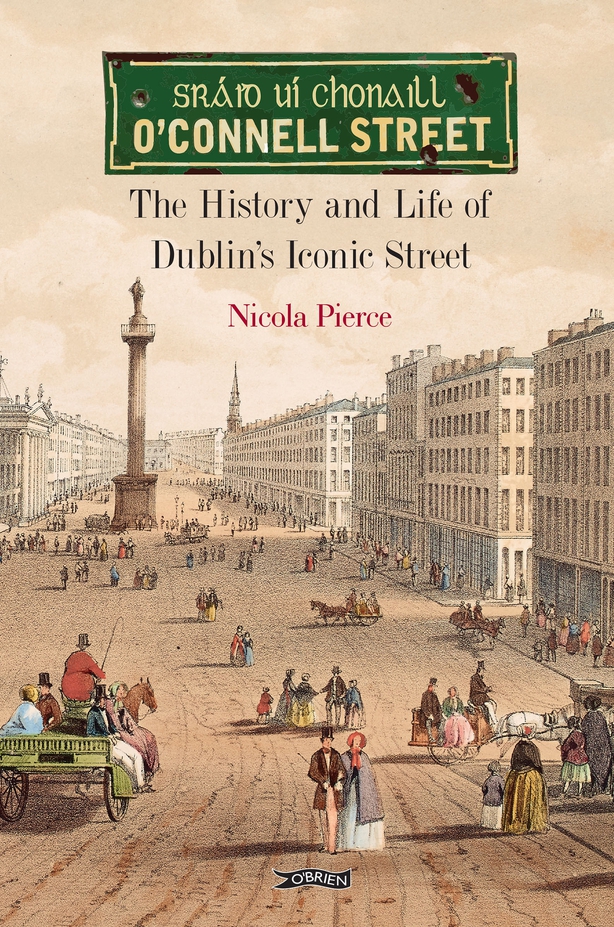 O’Connell Street: The History and Life of Dublin’s Iconic Street by Nicola Pierce, published by The O’Brien Press, is out now. 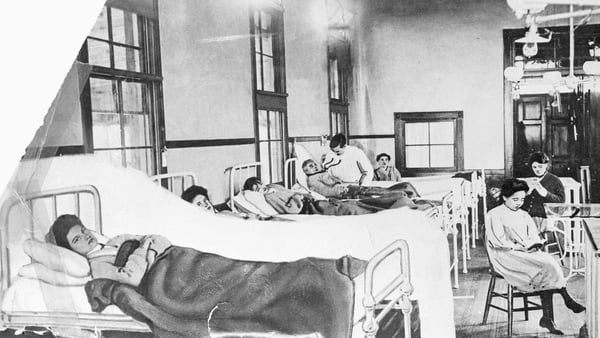 Documentary on One: The Curious Case of Typhoid Mary