RTÉ once again celebrates its partnership with and support of Culture Night on Friday 17th September with specially commissioned television performances along with themed programming, content and reports across television, radio, and online platforms.

CULTURE NIGHT ON RTÉ - THE HIGHLIGHTS

VISIT: RTE.ie/Culture will be a one-stop shop for all things Culture Night, offering a selection of events from across the country along with the best of RTÉ's Culture Night celebrations.

LISTEN: On Arena on RTÉ Radio 1 (7.00pm - 8.00pm) Sean Rocks will talk to well-known artists about their "cultural highs" - the pieces of art that sustain them and push them to achieve in their own artistic lives. Guests include author John Boyne, soprano Claudia Boyle, musician and producer Daithi O Drónaí and actors Roxanna Nic Liam and Emmet Kirwan.

LISTEN: The Lyric Concert with Paul Herriott on RTÉ lyric fm with the RTÉ National Symphony Orchestra will have a Culture Night theme and will feature a reading of Peter and The Wolf by Tommy Tiernan - watch the stream live online via RTÉ Culture.

WATCH: There will be a special opening performance on The Late Late Show at 9.35pm on RTÉ One on Friday 17th September.

Later in the evening also on RTÉ One, The Late Late Show will celebrate Culture Night with a specially commissioned opening performance which is guaranteed to be spectacular. A celebration of art and dance and filmed at The National Gallery of Ireland, IMMA, The Glucksman, Cork and The Model, Sligo - the performance will be accompanied by a specially composed soundtrack recorded by RTÉ Concert Orchestra.

VISIT: Check out RTÉ Player for the Nationwide and Late Late Show content above, as well as some specially curated content on Culture Night. 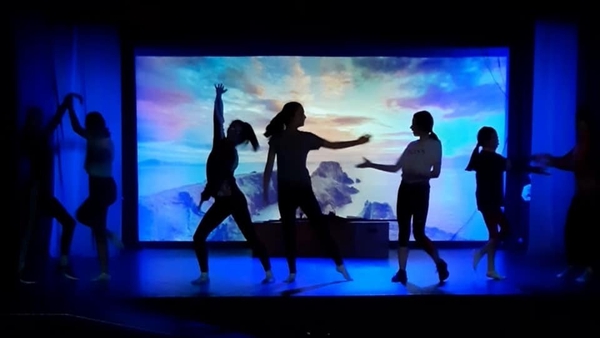 How to celebrate Culture Night - 15 fun things to do nationwide