Arts Minister Catherine Martin said she is optimistic about the chances of live indoor events returning on a phased basis from early September.

Following a meeting with the live events sector this morning, Minister Martin said this would initially involve the use of vaccine certificates.

Arts Minister Catherine Martin says she is optimistic that live entertainment at indoor venues can return in early September through the use of vaccine certificates pic.twitter.com/5pYzFD1LT8

Speaking after the meeting that was also attended by the Taoiseach and the Tanaiste she said the industry require reopening dates and they will be provided tomorrow.

However the Event Industry Alliance which was represented at the meeting said it was disappointed and frustrated that no reopening date had yet been provided.

Events Industry Alliance says it continues to be disappointed and frustrated following this mornings meeting with government pic.twitter.com/sK8XCiig7C

It is seeking an early September safe reopening date for those fully vaccinated to attend full capacity indoor and outdoor events. It also wants business and employee supports to remain in place till next June to allow the sector to recover and it called for a cross governmental sector focussed group, and for meaningful engagement with government to continue.

Positive engagement by @MichealMartinTD @LeoVaradkar @cathmartingreen at today's Stakeholder meeting. We look forward to moving on with a nuanced approach to the reopening of arts & live events sectors after today’s cabinet COVID sub-committee meeting #SAVETHEARTS

The National Campaign for the Arts described this morning's meeting as positive and said it looked forward to a nuanced approach to the reopening of arts and live event sectors.

Meanwhile the Music and Entertainment Association has said the roadmap to be announced tomorrow must confirm reopening dates and deliver the plan to achieve full capacity and supports.

In a statement, the group said that ensuring the full reopening of the industry to 100% capacity, guaranteeing personal supports, and creating and extending existing supports, will prove Government's commitment to this industry as declared by an Taoiseach.

It is vital that the Government commits to its understanding of the challenges facing this sector, and delivers solutions in the next two weeks, it said. 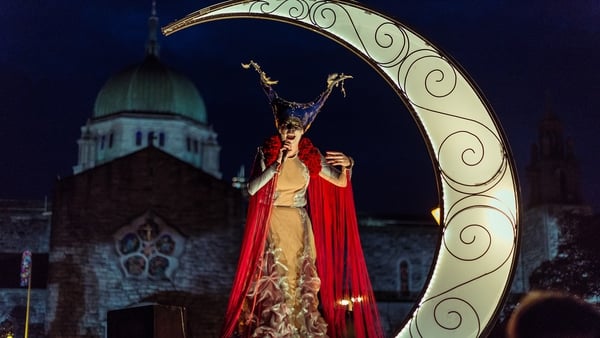 The future of the arts in Ireland, post-Covid - what now?