Marc Mac Lochlainn of Branar introduces his immersive theatre show Sruth na Teanga, 'an attempt to try and encapsulate this rich, varied, and vast heritage that the Irish language carries', which features as part of this year's Galway International Arts Festival programme.

The Irish language has been a passion of mine for nearly 30 years now, it has always been a feature of our work in Branar. I am fascinated by the space the language occupies in the history of Irish culture, a space somewhere between historical fact and mythology. There are so many interesting facets of the Irish language, it's origin for example is not easily defined. There is no record of a tribe arriving on the Island and bringing the language with them. In the stories and the ancient manuscripts, it’s as though the language has always been here. That it always existed.

It’s said to be one of the ten oldest languages in the world still spoken today. It appears the narrative of the decline and ultimate demise of the languages hasn’t changed since the Flight of the Earls in 1607. The Gaelic poets of the time foretold its ending just as regular Newspaper articles do today. 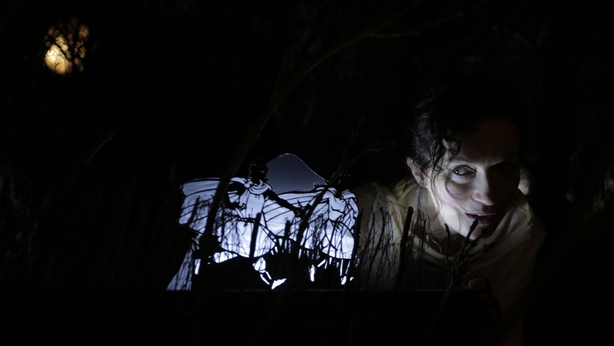 It’s influence on other modern languages gives it relevance in modern popular culture, if you were to believe that the phrase "you dig" has its origins in the question An dtuigeann tú? - Do you understand? Or that the famous phrase of English Soap operas - "Ta Ra" said to someone who is leaving could derive from the Irish Phrase "Tabhair aire" - Take care.

Then there is the vast amount of myth and legend, of course we all are familiar with the famous characters like Fionn and Oisín or the stories like Tír na nÓg or an Bradán Feasa (Salmon of Knowledge). But for every story we know there are hundreds of background stories and stories that explain the things that happened in the location of those stories (Dinnseanchas). I love that the Salmon of Knowledge gets its power of knowledge because it eats the fruit of one of the nine sacred hazel trees that grow over the source of the River Boyne, (which is by the way the source of all the rivers of the world) the hazels drop their magic fruit into the water which is eaten by the Salmon. 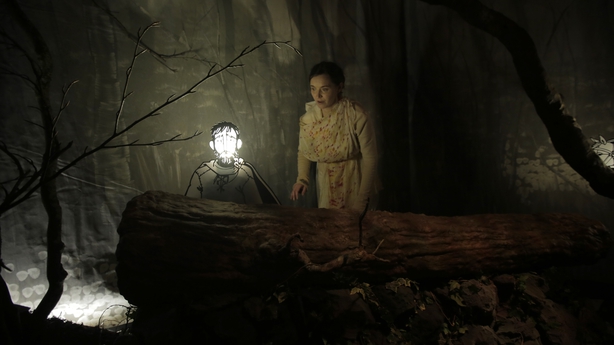 Sruth na Teanga is an attempt to try and encapsulate this rich, varied, and vast heritage that the language carries. It is a poetic retelling and my interpretation of the journey of the Irish language from its beginnings until now, it is told in a way that allows the audience to completely immerse themselves in a theatrical adventure and experience the story of the language in an inclusive way. We bring the audience on a journey through 4 worlds that re-ignites their sense of wonder and pride in what has carried and sustained our culture through the millennia, Gaeilge.

It took a team of 80 people to create this show and completely transform the terminal building at the old Galway airport. The craftsmanship and creativity are amazing. We couldn’t have done it without the support of Galway 2020 and the Local Authorities. We created the largest show ever created for children as part of a European Capital of Culture and we are very proud to be able to open it again as part of GIAF 2021. 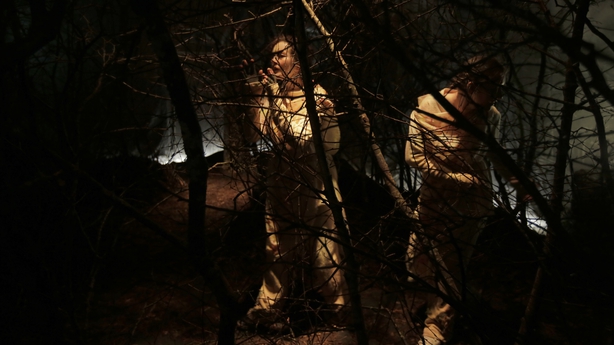 I hope that the audience will emerge with a sense of pride in what is their heritage and that they will be inspired to go and find out more. We hope that in some way we can shine a light on the fact that there is more to the language than what we experience of it in school. Imagine if we thought of our language with the same respect as our built heritage, imagine. Imagine the difference that it would make if we had preservation orders on ancient words as we do on ancient walls. Imagi