Playwright Rosaleen McDonagh introduces her new work Walls And Windows, the first play written by an Irish Traveller for the Abbey stage, now available to watch online on demand.

The monologue for Walls and Windows was written on a Saturday afternoon.

My speech impediment stops me from doing many things, but it is a gift for my writing. As a Traveller woman with a disability, my writing is my primary medium of communication. My hands can’t manage a keyboard because of the spasms. The Abbey’s email in connection with the Dear Ireland programme in 2020 was unimaginable. It was a surprise that the words of Julia, my character, resonated. Every word mattered in that monologue.

In the world of theatre my freedom is attainable.

A Traveller woman during the final moments of her life, in a hotel room, narrating a horrendous journey of racism, homelessness, rejection and all its debris. The Traveller aesthetic is the kernel point of Walls and Windows. The balance between polemics and theatrical representation is on a constant pendulum. My own personal narrative is one of constant performance. The embodiment of my impairment also needed to have a subtle reference within the play. Writing for the National Theatre with all its prestige often means women like me cannot access the stage, the green room, not even the rooftop garden. Similarly to racism, ableism means the structure of the buildings prioritises one aesthetic over another. There was no resistance from the director and the rest of the company about ensuring my Traveller reality, my way of being was integrated into this piece of theatre. That’s my job as a writer, reflect and project. My main influence in writing Walls and Windows was the African/American writer James Baldwin. He once wrote "Not everything that is faced can be changed. But nothing can be changed until it is faced."

Walls and Windows is primarily a piece of writing attempting to capture the universality of the accommodation and the housing crisis in this country. It’s told within the context of a Traveller couple, John and Julia. The cultural ephemeral and iconography in this play attempts to honour my Traveller ethnicity.

In the world of theatre my freedom is attainable. The commission for a full play was profoundly surprising.

My gratitude for the support and the development of the play goes to Louise Stephens (Dramaturg), my friend Mark O’Halloran, also a particular thanks goes to Philip McMahon (THISISPOPBABY) and Jim Culleton (Fishamble: The New Play Company).

Despite racism, none of us live in a vacuum. Collaborating through the medium of art allows for the new relationship between the Traveller writer and the settled director. That relationship acknowledges perceived power differentials, while using them to push the play further than the writer’s imagination.

Handing my work over to a settled man was challenging and terrifying. What has gone before me by way of Traveller representation did not come from an authentic place. Artistic endeavours without Travellers being at the centre can and do become a racist typology. We had not been in touch for nearly twenty years. The director Jason Byrne broke the silence with a text – "I think I’m in love with your play."

Walls and Windows is available on-demand from 29th August until 11th September - find out more here. 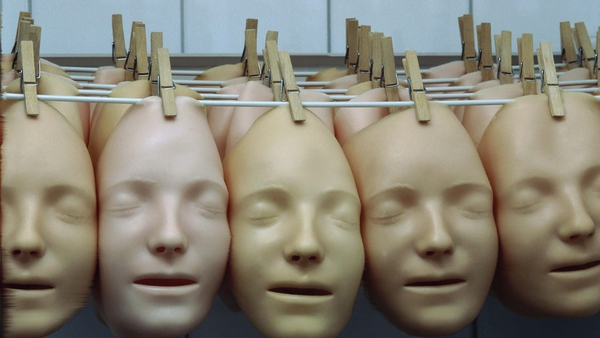