Feidlim Canon of Brokentalkers and genre-straddlng performing artist and feminist Adrienne Truscott collaborate for this year's Dublin Fringe Festival in their new show Masterclass - below, they talk to each other about gender and power in the arts world.

Feidlim: We've wanted to work together since we first met at the Sydney Festival in 2015.

Adrienne: I liked Feidlim’s work and I thought this could be a really interesting collaboration. We’d formed this genuine trust, and so we were able to get into some interesting conversations about gender and power in the arts world.

Feidlim: Over the last two years we've been developing a two-hander called Masterclass which premieres at Dublin Fringe Festival in September.

Adrienne: It uses the constructs of a ‘masterclass’ as a way to look at mythologizing, fraternity and complicity in creating and maintaining ‘great male artists’. A masterclass is so often an exercise in ego massage and hero worship, frequently mediated by a sycophantic ding-dong. Played by Feidlim.

Our desire to experiment and push the bounds of performance and dramaturgy lead us to increasingly complicated, difficult, painful and often hilarious spaces with one another.

Feidlim: In our piece, a renowned male artist played by Adrienne-

Adrienne: Yep, played by me.

Feidlim: is invited to share his genius with an enchanted audience who are hoping to learn at the feet of the master. As a jumping off point, we collected interviews and actual recordings from a long lineage of celebrated "masters"- playwrights, directors and writers.

Adreinne: We paid particular attention to those known for their ‘provocative’ take on gender.

Feidlim: Yeah. So I wanted to look at my own relationship to these male writers as heroes, standard-bearers - men who informed my own early interest and approach to performance.

Adrienne: Feidlim, as a guy, in some ways inherits that legacy of access so I felt compelled to challenge him on the depth of his interest and feminist allyship.

Feidlim: Which I welcomed. Even though it was uncomfortable at times. But I learned a lot. For example I know it’s not enough to go on about how much I love Bikini Kill but be totally unaware of Judith Butler.

Adrienne: Eventually we begin to ask questions such as: can male artists be true allies while continuing to enjoy the same access to opportunity and funding? And I propose the radical and uncomfortable idea that perhaps we lose nothing at all if we destroy the status quo.

Feidlim: Well we’re certainly going to ask those types of questions, Adrienne, but I think ‘destroy’ might be a little too strong.

Adrienne: I don’t think it’s too strong at all - actually. Asking questions without at least imagining the answers might just come off as disingenuous pontificating instead of a model for real change. So I propose the destruction of the status quo.

Feidlim: Sorry Adrienne, can I just jump in there you - you’re talking about putting forward a sort of manifesto or point of view, but I’m not really interested in theater that presumes to know answers. I try to avoid that. I’d prefer the audience to make their own minds up about things.

Adrienne: Well, femme-presenting makers are always assumed to ‘believe’ the proposals in their work, whereas cis-male makers are afforded the luxury of simply ‘proposing a scenario’, probably so you can separate the art from the artist later, when you inevitably need to. There are a fuck-ton of male artists who pretend they’re simply ‘writing plays’ who aren’t at all honest about the bogus political stances in their work. Many of which are clearly anti-feminist, which is to be anti equality - and equality is actually just a call for increased access for more diverse artists and voices...

Feidlim: Increased access - I’m 100% supportive of that by the way.

Adrienne: Thanks Feidlim. So Masterclass responds with surprising and possibly polarizing answers which do rhetorical violence, and perhaps actual violence, to the future of ‘the male artist’.

Feidlim: Actual violence to the future of ‘the male artist’?

Feidlim: What does that even mean? Look, let's just get back on point and talk about the show to get people interested. So, our desire to experiment and push the bounds of performance and dramaturgy lead us to increasingly complicated, difficult, painful and often hilarious spaces with one another. 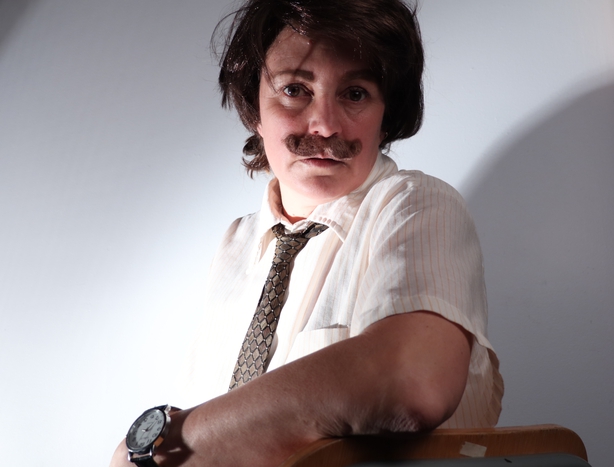 Adrienne: This piece of work proposes the idea that we may lose nothing at all if - at this point - we eradicate the straight white male artist altogether

Feidlim: Can I just say something here? 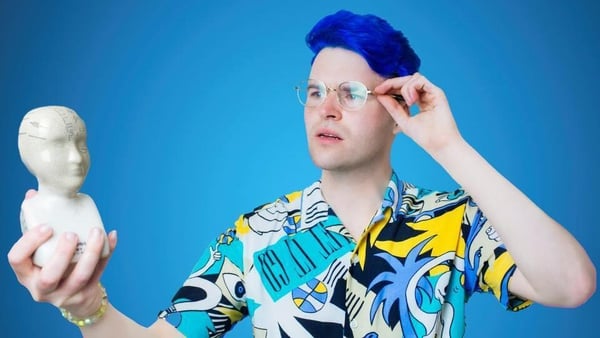