We're delighted to present an extract from Stranger, the new thriller by bestselling author Karen Perry, published by Michael Joseph.

Abi Holland is worried about her daughter Beth.

So when foreign exchange student Corinne comes to stay, it's a relief to see her daughter making a friend.

But the Holland family have lots of secrets, and Corinne is quietly listening to them all.

Watching. Waiting. Ready to show them what they should really be worried about...

Not long after the killings they put me in the back of a car and drive me away.

No sirens, just the rumble of tyres over the asphalt. The car smells of leather and coconut, an air freshener affixed to the plastic grid over the A/C. The officer in the front passenger seat – a woman – looks back at me from time to time, a brief checking glance, but I just sit there, very still, trying to keep myself numb. It's almost midday.

These are the thoughts that occupy my mind: What will happen to the car? I’d left the Cherokee in one of the visitor spaces at the school car park. The whole place now cordoned off, swarming with detectives and uniformed officers, forensics in white zippered suits, the pathologists on their way. I’d dropped my mobile phone when I was running, and now how will I contact Mark? How will I let him know? I lean forward and say:

'Excuse me. My husband—’

‘That’s all right,’ the officer in the passenger seat tells me. ‘He’ll meet you at the station.’

My stomach turns at the prospect of that encounter so instead I think of the conference call that I will miss now, and briefly wonder what my colleagues will make of my absence – so unlike me to not show up, to not give warning. And then I think of the flight leaving Dublin for Tours at lunchtime, and how Corinne won’t be on it now. Her mother will be waiting at the other end in that little airport, scanning the faces of the passengers disembarking, searching among them for her daughter. And I know that my mind is processing these particular thoughts to ward off the horror that waits at the periphery. Conference calls and mobile phones. Flight times and parking spaces. These are what I use to shore up the dam against the dark rumblings of reality that wait to burst in.

At the station, they bring me in through a side door, into the warren of rooms behind the anodyne front desk, the custodians of the law going about their business, the machinery that whirrs and grinds to keep us safe. Numb as I am, I can still detect the current in the air: the crackle of excitement. They won’t have seen a case like this in years. If ever. A sort of hush falls as I am brought through; the female officer leading the way nods to some of her colleagues at the desk, and I hear one of them remark to another: ‘The mother.’

I hold myself steady, walking carefully like I don’t fully trust the ground beneath me. They bring me to a room and ask if I would like tea. I say no but they bring it anyway. And when the officer puts the steaming mug in front of me, I wrap my hands around it and realize that I am freezing. I am shaking.

‘Drink it, Mrs Holland,’ she tells me. ‘It will help, with the shock.’

She asks if there is anything else I need, and I say no. No, I am fine. She looks at me strangely. Her eyes flicker to the blouse I am wearing.

‘You’ll need to change out of that,’ she says, and I look down and see the blood. Smears of it, rust brown, already hardening, embedded into the silk fibres. 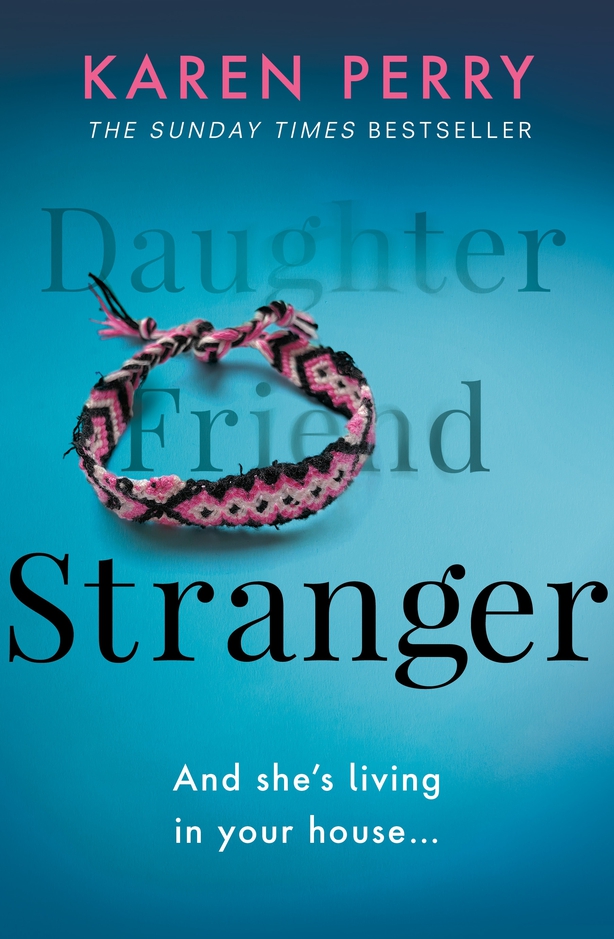 Stranger by Karen Perry is published by Michael Joseph and is available now.

The Perfect Lie by Jo Spain - read an exclusive extract