Michael Quinn caught up with her to chat about them.

‘I knew Korngold from the movies, I know his Violin Concerto, [his opera] Die Tote Stadt, but I had never looked at these songs. They’re a great discovery for me. There’s a lot of the colour of Mahler and Richard Strauss in them; those thick and gooey chords that sound lush but confused.’

And despite their title, there is, she pointedly adds, ‘very little einfache about them; learning them was anything but simple. But the singing of them, that’s the einfache of it. He puts no pressure on the voice; they’re so well written they feel completely comfortable.’

Perhaps most remarkable about these passion-saturated songs is that Korngold was only 14 when he began them and not yet out of his teens when he completed the set.

‘What was in that that child’s head, I don’t know, but he was a genius.’

And with genius, Erraught points out, comes challenge.

‘These songs are not stories, as such, and they’re not a cycle, so there’s no "through-story" to follow. They’re all very different, but it’s Korngold’s signature that ties them together: a lyrical ease in the writing, a colour palette that is ginormous, and some beautiful solo passages for the orchestra.’

'They're a great discovery for me. There’s a lot of the colour of Mahler and Richard Strauss in them; those thick and gooey chords that sound lush but confused.’

The songs also boast a surprising variety and sophistication far beyond the composer’s tender years, providing an early introduction to the luxurious romanticism that would see Korngold define the sound of the Hollywood soundtrack during its golden age.

‘The first (Snowbells) and last (Summer) I can nearly see Grace Kelly; they’re more High Society than anything. They have meaning and depth, but also this quality of lounging back and dwelling in the emotion.’

Cut from a different cloth altogether is Night Wanderer, one that calls to mind for Erraught Goethe’s supernatural ballad Erlkönig, famously set by Schubert. ‘You can nearly hear the hooves of the horse in the introduction and the writing is really poetic with a creepy ending.’ Erraught’s debut with Korngold is a double-first, also marking the first time she has worked with Jaime Martín, a conductor with a big heart. The collaboration promises something special.

‘For me, the magic happens in the piano rehearsal with the conductor and Jaime has been the perfect partner. Finding common ground with the conductor allows you to be more open to being vulnerable with the orchestra and audience. It’s the best way to approach songs like this and to discover just how wonderful they are.’ 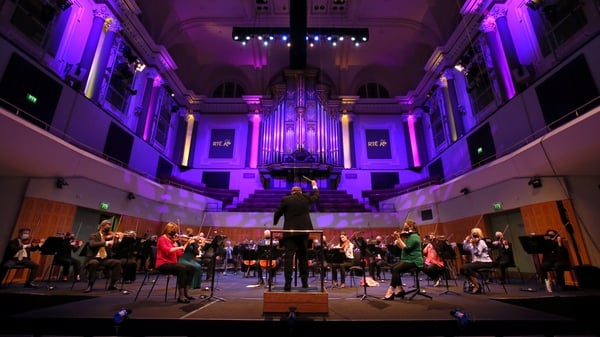