Martin Colthorpe, Programme Director of International Literature Festival Dublin, introduces the Forms and Influences series at this year's ILDF bash, which runs online from 20 – 30 May.

Our series Forms and Influences at this year's International Literature Festival Dublin, takes its title from a strand in Lydia Davis’ book Essays, which the author adapted from lectures she gave at New York University. And oh to have been in the lecture theatre!

Her appearance represents something of a flagship event, and she’ll be in conversation with Brian Dillon, a writer with a particular fascination with the essay form, both as practitioner and critic. To book festival audiences, he’s best known as a writer, but Dillon is also a longstanding editor of Cabinet magazine, and it was under these auspices that he curated the memorable exhibition, Curiosity: Art and the Pleasure of Knowing at Turner Contemporary gallery in Margate in 2013.

Curating and curiosity both derive from similar, if not exactly the same, etymological roots. Sometime around the late 14th, their meanings began to converge around the sense of 'taking care’. There’s something curatorial about the act of putting together an essay collection, and many of the books in Forms and Influences borrow, perhaps, some of the elements of exhibition making: of ordering a career’s worth of material, of inclusion and exclusion, and of thematics. Of making an exhibition of oneself, but not in the usual sense!

Vivian Gornick’s Taking A Long Look, begins with her most recent writing and spools back nearly 50 years to her emergence as a critic on The Village Voice. Both Salman Rushdie, in Languages of Truth and Rachel Kushner, in The Hard Crowd, have carefully selected writings from the last two decades in creating their books.

But the composition of a book of essays takes many forms, and two of the writers in Forms and Influences take a different approach: Hanif Abdurraqib, and André Aciman. Their essay collections originate from a singular idea, a specific lens through which to frame their cultural influences.

Aciman, perhaps best known for Call Me By Your Name, and the subsequent film adaptation, has always been a writer fascinated by place, time and migration, and it’s beautifully captured in his new book Homo Irrealis. The ‘irrealis mood’ according to Aciman, ‘is not about the present, or the past, or the future, but what might have been but never was, but could in theory still happen’. If that sounds enigmatic, elusive even, then you’d be right. But in a wonderful collection which takes in the writing of WG Sebald, the films of Eric Rohmer, the music of Beethoven and even the making of a soufflé, Aciman identifies a particular mood which unites each essay, and in doing so achieves a wonderful sense of theme and tone across the book.

Like Aciman, poet and critic Hanif Abdurraqib’s A Little Devil in America is a sui generis work, although his source material couldn’t be more distinct. It reflects his own personal cosmos of black performance, from Josephine Baker in 1920s Paris, to Whitney Houston at the Soul Train Music Awards. In a bravura essay ‘Nine Considerations of Black People in Space’, he weaves together meditations on Michael Jackson’s moonwalk to Black actor Bill Bailey’s performance in the overlooked 1943 film, Cabin In The Sky, to Afrofuturism, a genre which exists because ‘the white American imagination rarely thought to insert Black people into futuristic settings’. This excellent book is part personal anthology, part alternative history of popular culture.

Ever since Michel de Montaigne published his Essais in 1580, critics have been arguing about the parameters of the form. In his 2017 book Essayism, Brian Dillon, sensibly sidesteps the question, preferring instead to reflect on one of their essential qualities, which he defines as an ‘experiment in attention’.

For this humble reader, their pleasures are equally about digression, a broadening of horizons, as much as a zooming in. A continuing odyssey of YouTube clips, spotify searches, even trips to a bookshop! I recommend you taking time to explore the forms and influences these writers offer up, and in doing so, discover some new ones of your own. 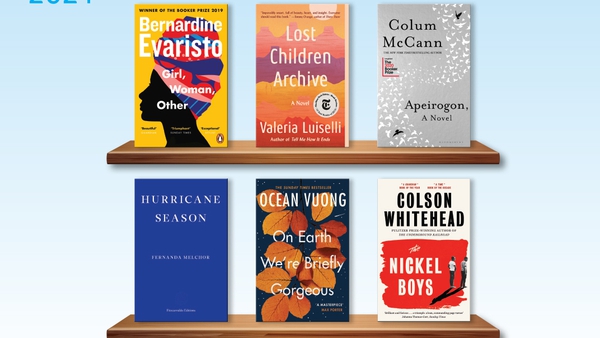