President Michael D. Higgins has issued a statement on the death of Seamus Deane, who has passed away aged 81, following a short illness - watch above, and read below.

The death of Seamus Deane is an incalculable loss to Irish critical writing, indeed Irish writing in general, as his passing represents not only the loss of a foremost critic but of a distinguished poet, novelist and internationally acclaimed university teacher.

Seamus Deane's contribution to critical and creative writing was delivered, not only at home in Ireland but in some of the most prestigious universities of the United States of America, be it Berkeley, Notre Dame, Indiana, Oregon. In such universities, news of Seamus Deane’s participation in a seminar immediately drew huge interest from scholars young and old, partly due, no doubt, to the sheer breath of the materials he would cover, but also due to the unique connection he would make between the life and the work.

To Derry he leaves the incomparable legacy of the life, the writing, the concerns, the despair and the hope, that he shared with its people and to which so much of the work would respond.

Few cities have a writer more embedded in its people, its history, its challenges, its hopes and its humour.

Watch: The Right to Have Rights: Seamus Deane speaks in 2018

There are, to me, parallels between Seamus Deane’s relationship to Derry and, in his time, Sean O’Casey’s relationship to Dublin in the way the full experience of its peoples are placed at the centre of the writing. All of the living is allowed its place.

Seamus Deane was, too, a leading part of the great burst of intellectual revival that led to The Crane Bag, The Field Day Anthology of Irish Literature and many other innovations, which will be recalled as examples of the collaboration he had with his scholarly neighbours, and others, in giving a valuable affirmative to the importance and energy of Irish writing. When reasonably criticised for omission in a work he replied with the candour of a critic who had become himself the subject of a legitimate criticism. This was typical of the scholar in him.

The price paid for a great talent, such as Seamus Deane had, was high and is revealed, I believe, in his work, including his fine novel 'Reading in the Dark'.

That work too was delivered with a truth that combined the word, the place, the history, the lives, and the power of communal humour in the act of survival.

All of this is put so well, for example, in his poem ‘Derry’, which opens with the lines:

"The Unemployment in our bones

Errupting on our hands in stones

The thought of violence a relief,

The act of violence a grief

Our bitterness and love

Eternal peace be with our great writer and critic Seamus Deane. Sabina and I send our sympathies to his family, the people of Derry and his many, many friends and former students at home and abroad. 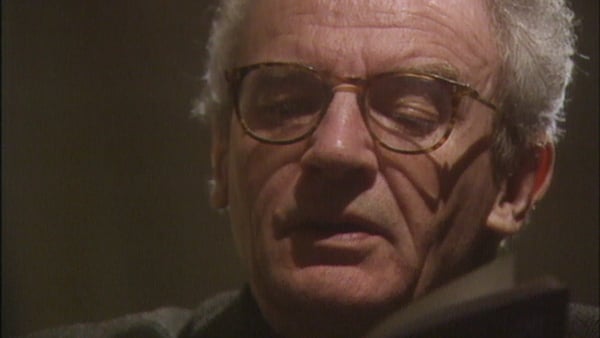