On Sunday, 2nd May, RTÉ Drama On One will broadcast Elizabeth Moynihan's radio play Quicksand, starring Donna Dent and Rex Ryan, and directed by Zoë Comyns - listen to Quicksand above.

Below, Elizabeth tracks the journey from page to stage, to studio and back...

Quicksand has had quite the journey to the airwaves. From London’s Young Vic theatre workshop with Daniel Burgess directing, to The New Theatre in Dublin, with Emily Foran directing the stage production in 2019. Born out of a recurring nightmare I had as a child where I envisaged the nearest city to my hometown engulfed in sand. As if some hurricane from the Sahara had carried clouds of the stuff and dumped it all over Cork. So, yes sand was a childhood dream theme, which still recurs in my REM sleep when anxiety creeps.

I began writing Quicksand a number of years ago when I came across an article in the Guardian newspaper on the case of Gary McKinnon. The foreign secretary of the U.K. at the time, Theresa May, blocked Gary’s extradition to the U.S. on hacking charges in 2012 after a ten year battle by his mother Janis to stop it going ahead.

It wasn’t the politics of the case that interested me as a writer but the story at the heart of it; that of a mother’s fight to save her neuro-atypical son from what would have been certain death. He was on suicide watch for several years as he waited for a decision from the U.K. government.

"When I am in a corner, I fight." - Janis Sharp, mother of Gary McKinnon

I chose not to do a biographical play about the case; instead I used elements of the story and wove an entirely new narrative inspired by what Gary McKinnon went through at the hands of the media’s coverage of the story. I was also very keen to mine the theme of media as judge and jury. Phone hacking and harassment of high-profile suspects by the media prompted the Levinson inquiry in the lead up to Theresa May’s decision on Gary’s case.

Printing the faces of whomever the press decided were guilty in high profile murder cases, previously led to many innocent lives being obliterated as a result of this editorial practice. Many of these victims gave evidence of their experiences at the inquiry.

Reading transcripts from the inquiry led me to explore this through the characters of Joy and Joe’s relationship with the world beyond their doorstep, and the effect of these policies on the life of someone neuroatypical. Themes of isolation and otherness recur in my work. I feel these themes were never more important for me to explore than in the current world we are all trying to navigate.

I found it compelling to write the pressure cooker scenes between the tabloid journalists and the characters, as they are doorstepped for days at a time. Alongside this I explored the relationship between a mother and son, who, at the age of 30 needs his mother's protection more than ever and by any means necessary.

I hope the listening experience of Quicksand is as absorbing for you to hear, as it was for me to write it.

RTÉ Drama On One, Quicksand, RTÉ Radio 1, Sunday, 2nd May at 8 pm - listen to more from Drama On One here. 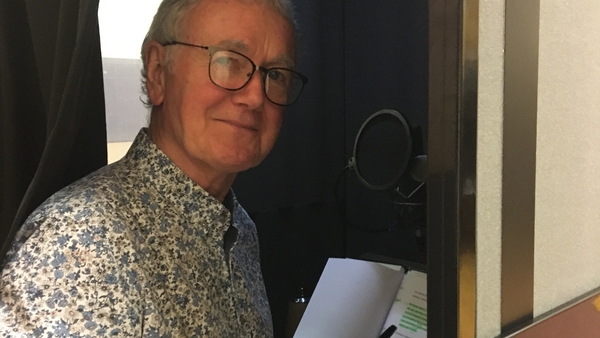