We're delighted to present an extract from This Is It, the new memoir and meditation guide by Conor Creighton, published by Gill Books.

The key to happiness is recognising that, yes, this is it. You're all you have to work with and this moment is the only one you have any control over. It took a while for Conor Creighton to understand this powerful concept. But once he did, his life changed forever...

My great-granddad Jack was an orphan. He never knew his parents and was raised in a state institution in Portlaoise. And yet of all the people I've met, and I’ve been blessed to have met some great desert monks who lived off less than a handful of rice a day, and shamans who could close their eyes and inhabit the bodies of crows and fly to the next pueblo to tell you if your bus was on time – or so they claimed – I never met a happier human than my great-granddad. He made something magical of his life. I could see that when I wasn’t even potty trained. There’s a saying that babies and those near the end of their life are closest to the gods. And those in the middle of their life, the ones with mortgages and young families, are furthest away. And so it was, while the grown-ups were busy running around and trying to get a handle on life, they’d drop me off at Jack’s.

At this stage he was in his nineties and I was a toddler. We walked at about the same pace. We’d take the dogs out along the canal, and if the dogs decided to find a patch of grass to lie down in, we’d do the same. 'Lovely,’ he’d say. ‘This is just lovely.’ That was his catchword. He had an uncanny way of always finding something beautiful worthy of your attention. He knew the names of some of the trees, but it didn’t stop him giving names to the ones he didn’t know. ‘The big dark one’, ‘the curly one’, ‘the half-broke gamey one’. In spring, we’d plant potatoes and I’d be his assistant, following after him as he ploughed the earth with an old wooden hoe. He’d laugh when I dropped the potatoes in root upwards instead of down. ‘Maybe you’ve invented a new way of farming,’ he’d say.

Unlike Jack, my great-grandmother was an axe. She could shoot a gun and drive a car, and was held in such reverence and fear that, on her very last hospital visit, before she finally died, the nurses allowed her to smoke a Silk Cut out the window of her room. She passed shortly afterwards, aged ninety-six. She wasn’t the most loving woman. Or at least she didn’t show her love in a way that you could readily understand. This is something I’ve learned: many people do love you but don’t know how to show it. I think this was the case with my great-grandmother. I can’t remember ever sitting on her lap, and when I think of her face now, when I think how it looked close up, all I can remember is long yellow teeth and a thick Kildare accent that sounded archaic or remote, or from some kind of parallel Kildare that had yet to be electrified, yet to be awakened to the linguistic fluency of RTÉ. She grumbled. There was a little bitterness in her. Maybe it came from living next to the happiest man on the planet, yet never learning the secrets of his happiness.

Jack just smiled when she snapped at him, and then loved her a little more, which, I’m guessing from my own experience in relationships where there’s an imbalance of happiness, probably just made her angrier. Buddha told a story once. He was travelling through India teaching people how to meditate, and in one village he passed through a local holy man became so angry that Buddha’s popularity had depleted his followers that he decided to go find him and attack him. At the time, Buddha was under a tree giving a talk. Buddha saw the man approaching from afar. Buddha could tell that the guy was angry, not because Buddha had special powers – even though he did – but because the guy was fuming and ranting as he stormed up the field to the tree where Buddha was sitting.

Buddha wasn’t afraid. He shouted out to him: ‘Can I ask you one question?’ ‘Yes,’ the man replied, ‘but it will be the last question you ever ask.’ ‘What do you do if someone comes to your house with a gift that you don’t want?’ ‘What a stupid question. You tell them to keep the gift and take it with them.’ ‘Well then, you can keep your anger and you can take it with you. I don’t want it. Thank you.’ Until he could no longer support the weight of his own body, Jack would make my great-grandmother porridge every morning and bring it to her in bed.

If I had to distil it into a formula – if I had to develop a recipe for how Jack moved through life without the anguish, the stickiness, the neurosis that characterise most of our movements – it was his ability to just not let anything bother him. He could just let anything go. Nothing stuck to my great-granddad. Not bad weather, bad moods or bad luck. Jack Kornfield, the meditation teacher and my greatgranddad’s namesake, has this beautiful quote. In the end these things matter most: How well did you love? How fully did you live? How deeply did you let go? My great-granddad was such a master at loving, living and letting go because he’d begun with so little, because he’d grown up with so much suffering. He’d grown up with such a strong need for love that was never satisfied. There’s a lot to be said for suffering. In Buddhism, your very first task is to recognise that all life is in fact suffering. This is often the point where people part ways with Buddhism, though. They think, ‘Shit, suffering? I came here for an end to that, not more of it.’

Duhka is the term Buddhists use for this. It’s very simple and, despite what folks think, very positive. Duhka means that everything outside yourself, everything in life, has a tinge of dissatisfaction to it. The satisfaction gained from things, objects and feelings don’t last. The workaround for this is just to recognise it, and know that your true happiness, the thing deep inside you, cannot be annihilated. So next time you find yourself heartbroken, miserable or tearing up a lottery ticket and throwing it into the wind, go back to that place if you can. It never disappoints. The clearest way to recognise suffering is on retreat. When I go on retreat, high in the mountains or tucked away in the countryside, we’ll sit in rows with our legs crossed on the floor of some cold assembly room for the guts of fourteen hours a day. There’s no talking, no reading material. There’s plenty of food, except you only get to eat during a tiny window at the start of the day. Retreats are designed to give you deeper insights into the nature of life, but you can only get these insights if you suffer a little, and then when you recognise you’re suffering, you learn to let go. That’s how it is, you’re sitting there on the cushion and you’re trying to meditate, and before you know it, because your mind doesn’t give a shit that you’re on retreat, you’re flooded with thoughts.

You think about sex, you think about food, you think about all the things you want to do in this lifetime, and then immediately you begin to suffer because you’re on retreat, you’ve signed up to join a type of silent prison where there’s certainly no sex, there’s barely anything to eat and you’re offline for the next ten days, so good luck launching the business idea that came to you at five o’clock this morning. The suffering starts because you want and you can’t have, or you don’t want but you have. The suffering starts because the reality we’ve been presented with is unappealing to us, and we think that because we really are very exceptional people, this is terribly unfair.

Jack had a great sense of what was fair. He knew that some babies got born into loving families, and others in institutions. This equipped him with superhumancapabilities of perspective from the earliest age. He’d used his struggle to grow wise. He was compassionate because he knew what it was like to suffer. He was loving because he knew how valuable love is. And he was grateful, making sure to announce each bit of goodness he encountered in the same way people announce full moons and rainbows – ‘This is just lovely!’

One time, we were eating ice cream in the back garden. Inside there was a football semi-final playing on the TV. The rest of my older cousins were watching it and shouting at the screen. I was older now, so Jack must have been very close to the end. It was only months away. Maybe even his last summer. ‘Why don’t you watch the football?’ I asked him. ‘Oh that, too much excitement,’ he said. ‘I’m happy out here.’ 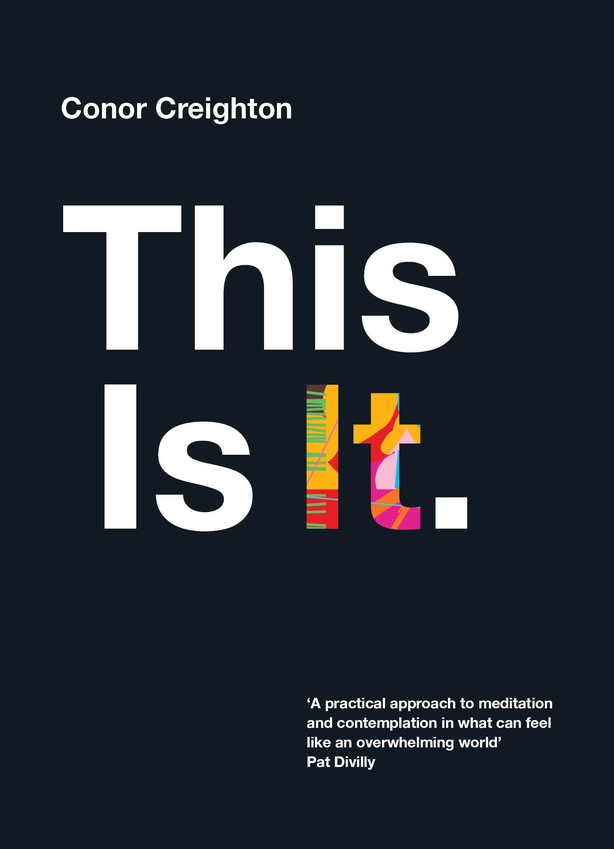 This Is It by Conor Creighton (published by Gill Books) is out now. 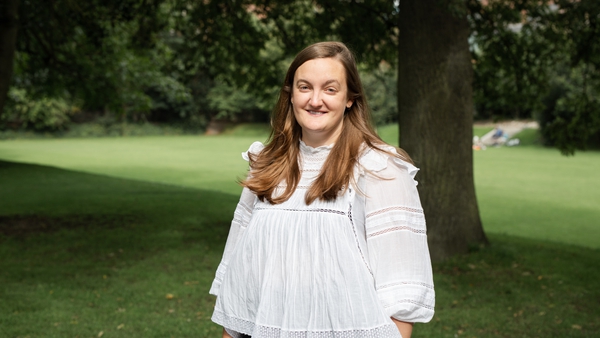