Our latest Tune Of The Week is the latest single from rising talent Orla Gartland - and no, it isn't a Cranberries cover. Note the exclamation mark...

Born and raised in Dublin, Gartland started writing songs when she was 14 years old. Unable to convince any of the local pubs and venues to let her perform, she honed her craft online, before heading out on tour the day she finished school. Upon her return, she packed her bags and moved to London, spending the next few years writing, recording, touring and gathering fans apace.

Zombie! will feature on her eagely anticipated debut album, due later this year.

Of Zombie! she says: 'It's about repressing emotions until one day they burst out of you all at once. Specifically it's about a very common, very male kind of repression I witnessed in a boy I loved once - I could see that he felt things but there was a barrier stopping him from expressing them. I hated that for him, it made me so angry at the societal pressures that led him to that place. For me living "like a zombie" became a metaphor for this way of living; someone so seemingly unemotional on the surface they barely seem alive. I scream my head off in the outro of the song and that scream is meant to feel like a huge release, like the moment you let it all out." 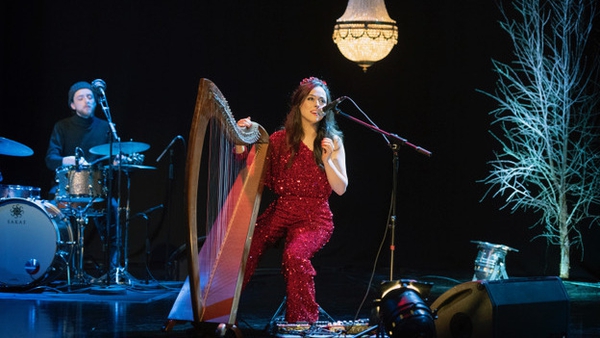 BRÍDÍN performs Ocean Of Stars on The Tommy Tiernan Show