In 1984, President and Nancy Reagan come to Ireland on a four-day official visit.

Thousands demonstrate against US foreign policy as the President addresses Dáil Éireann.

The Colin McStay Appeal gets a huge response. £100,000 is the target sum: within a week, £200,000 is raised. Colin McStay travels to the United States. His operation is a success.

The New Ireland Forum report is published. At an Anglo-Irish summit six months later, the British Prime Minister is not impressed.

Prisoner Nicky Kelly is freed on 'humanitarian grounds'. Campaigners claim he was the victim of a miscarriage of justice.

In Dublin, hard drugs like heroin become more easily available. Heroin devastates Dublin's inner-city communities. There are an estimated 4,500 users in the city.

Despite a boycott by several Communist countries, the 1984 Olympic Games go ahead. John Treacy takes silver in the marathon. 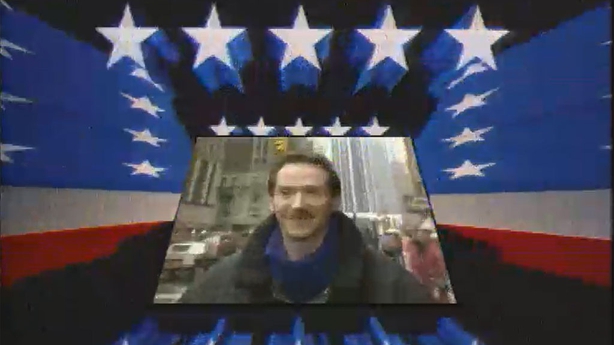 PW Botha is South Africa's new President. Even though there are elections and a new constitution, black people still have no voting rights.

A Dunnes Stores worker refuses to handle South African goods. When she is suspended, her colleagues go on strike.

In the Philippines, an Irish missionary priest provokes the Marcos government by continually defending the rights of his parishioners. In an effort to suppress him, the authorities charge him with murder.

After five months in custody, Fr Niall O'Brien is released.

The IRA bomb a hotel at the Tory party conference in an attempt to assassinate most of the British cabinet. Four people die.

Ethiopia is stricken by famine and civil war. A BBC report provokes Bob Geldof into action.

Wham! - Wake Me Up Before You Go Go

Nik Kershaw - Wouldn't It Be Good

The Smiths - What Difference Does It Make?

John Lennon - Nobody Told Me

Band Aid - Do They Know It's Christmas? 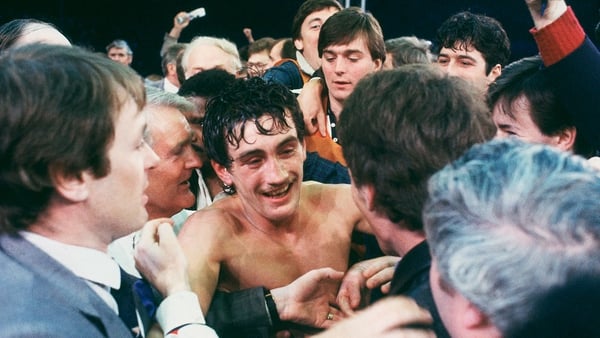