Hugh Hick, director of The Horror Writer, introduces his latest slice of theatre for the ear, which broadcasts on RTE Radio 1 Extra on Thursday, April 8th - listen to The Horror Writer above.

There's an old joke that goes 'radio is the most visual medium’.

It’s a joke I tell people a lot mainly because, like most old jokes, it’s one hundred percent true. The most lavish budget wouldn’t produce a set to match the evocative picture your mind conjures when prompted by, say, the salacious anecdote of a friend. In radio, the listener is the set designer, choreographer and make-up artist. And if a well made audio drama has a job, it’s to provide the listener with the tools to access that rich tapestry of imagery only available to the human imagination.

Emily Gillmor Murphy’s The Horror Writer started life as a stage play. A tale about a retired horror writer and the young couple who get drawn into his dark fables set in an ethereal past. I usually don’t consider stage plays a natural fit for radio adaptation. Stage plays are written (for the most part) for dark, controlled rooms with focused eyes and only the lingering risk of that most horrible of horrors – the ring of the mobile phone or the excruciating rustle of the individually-wrapped sweet.

We've been locked in our homes for over a year now and magic often seems to be in short supply. If you feel the need to jump out of life for a bit, I can highly recommend audio drama as a way to do so...

Radio plays, on the other hand, used to be written for cold Sunday afternoons huddled around a mechanical box in front of an open fire, but these days are more likely to be enjoyed on a set of inexpensive earphones while walking the dog or cooking the vegetarian lasagne. They speak to us in different languages.

I felt The Horror Writer was an exception to this rule. There’s a vividness to Emily’s writing and the gothic world she creates that I knew was ripe for exploration. In the Baroque castles and expansive lakes that frame much of the story was an almost other-worldly place that we could quietly expand were we to break through the walls of the theatre. We were blessed with a wonderful cast, many who returned from the stage version, and Ciaran Gallagher coloured the world with a remarkably atmospheric and nuanced soundscape. 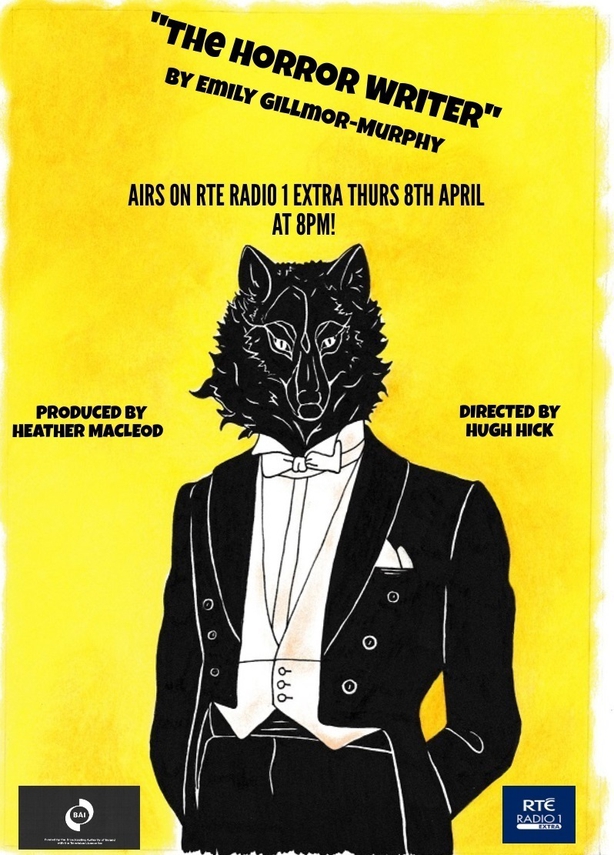 At its core, The Horror Writer is a play about stories. How both the telling and hearing of stories can be one of our greatest coping mechanisms and how, through stories, people can endure even the most traumatic of situations. We’ve been locked in our homes for over a year now and magic often seems to be in short supply. If you feel the need to jump out of life for a bit, I can highly recommend audio drama as a way to do so, and I can recommend The Horror Writer for reasons that are almost wholly self-serving. But I can also recommend it because in writing this play Emily has tapped into the rich gothic literary landscape that Ireland holds so proud, and as brought to life by the cast and team, it’s a world that I’ve never tired of visiting.