Six One News co-anchor David McCullagh reviews Charles Townshend's new history of the turbulent journey to Irish independence, published for the centenary of the Partition.

"The fundamental attitudes which produced partition are still in play a century later." The last line of Charles Townshend's new book highlights the importance of understanding how and why the Irish Border came about.

Thanks to its centenary – and its renewed political importance post-Brexit – there have been a number of recent books about the border. Townshend’s is a welcome addition, and forms the last part of a trilogy following well-received works on the Easter Rising and the War of Independence.

Partition as an idea has a long history – Townshend dates the first mention in the House of Commons to 1833. Thomas Babington Macaulay pointed out to Daniel O’Connell, then campaigning to repeal the Union, that if there were reasons for a separate parliament in Dublin, the same reasons meant there should be another one "in Derry or some other large town in the north of Ireland".

Even then, there was a view that the north was different. But did it have to be separate?

Townshend points out that "nationalities habitually define themselves in opposition to an Other; national identities can remain latent and diffuse until they face what is felt as an existential threat". Had Irish nationalism not developed as it did over the course of the 19th Century, he suggests, "the nature of Ulster identity would have remained an ethnographic curiosity".

But it didn’t. Faced with the demand for Home Rule, Ulster Unionist identity solidified in opposition, and demanded separate treatment. Initially this was a tactic aimed at derailing Home Rule entirely, which worked in 1886 and 1893, and was pursued again when the Third Home Rule Bill began its progress in 1911. Unionist leader Edward Carson sought the "exclusion" of the nine counties of Ulster in the belief that it would make Home Rule as a whole impossible.

But when it came to it, Ulster Unionists were quite prepared to abandon their southern counterparts, even those in Cavan, Monaghan and Donegal who had joined them in signing the Ulster Covenant.

UVF gunrunner Fred Crawford, a man who knew something about ships, compared unionists from those three counties to shipwrecked sailors attempting to board an overloaded lifeboat. "If they get into the boat they will go down just as surely as if they had stayed on the wreck, and they will have drowned the lifeboat load of passengers who would otherwise have had their lives saved."

Townshend argues that the ultimate aim of British policy was Irish unity – that was the reason for the proposed Council of Ireland, and it was why the Cabinet initially favoured a 9 county rather than a 6 county Northern Ireland (Unionist leader James Craig successfully insisted on the more easily dominated smaller area).

But that doesn’t mean that London treated nationalist and unionist interests evenly. Far from it, starting from the position that Ulster could not be "coerced". This may have been a recognition of political reality (nearly two million people signed a British Covenant opposing Home Rule), but it also stacked the deck in Craig’s favour.

So even before the Truce in the summer of 1921, never mind the Treaty, "Northern Ireland" was an established fact – with a parliament, an administrative system, and its own gendarmerie.

The only real threat came from the Boundary Commission provided for in the Treaty. The Irish signatories, encouraged by Lloyd George, believed this would lead to the transfer of large chunks of territory, making Northern Ireland unviable. Without that belief, they would not have signed the Treaty.

So what happened? The delay in establishing the Commission (partly due to the Civil War, partly due to dithering in Dublin) was a problem. By the time it was set up, some of the British signatories, particularly Churchill, were trying to win back influence in the Tory party, which regarded the Treaty as a betrayal.

From British Pathé, report on the opening of the Northern Ireland parliament in June 1921

Churchill publicly insisted that the British side understood the task of the Commission as correcting minor irregularities on the Border, not to redraw the map, and certainly not to threaten the existence of Northern Ireland. This put immense pressure on the Chairman of the Commission, Richard Feetham. It was, as Townshend remarks, a "deliberate and public attempt to nobble him".

That it worked so well is, on the face of it, surprising. After all, even if the British signatories did have that understanding of the Commission, the views of the Irish side were very different, and should have been just as important in interpreting what had been jointly agreed.

In any event, Feetham took a very narrow view of his task, and the Border ended up staying where it was.

This book is well worth a read, though it contains some errors which should have been picked up in the editing process. For instance, Arthur Griffith died of a stroke or a heart attack, not a "brain tumour"; the anti-Treaty forces dumped arms in May 1923, not 1922; and Frances Stevenson, famously Lloyd George’s mistress as well as his secretary, was most definitely not a man, as the text suggests.

These are, however, relatively minor quibbles – overall, this is an important contribution to our understanding of the history of partition, and to the attitudes which created it and which remain today.

One of Townshend’s arguments is that in 1921 the Sinn Féin leaders lacked any real understanding of the north – comparable, he suggests, to "the baffled indifference to Ireland so long evident at Westminster". They assumed that once Britain stopped interfering, Ulster Unionists would see that their real interests lay in a united Ireland.

Some retain that attitude today; this book may raise questions about whether it is justified.

The Partition: Ireland Divided, 1885-1925 by Charles Townshend (published by Allen Lane) is out now. 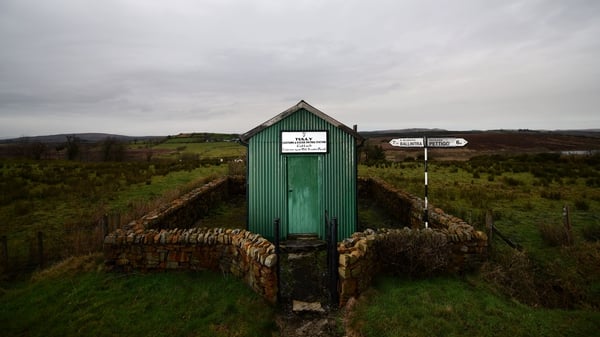 Road to Partition: how the border was drawn up