In the final event of Seoda, Culture Ireland's Global Online Festival celebrating Irish Arts, we go to the National Concert Hall for the second edition of Notes from a Quiet Land. 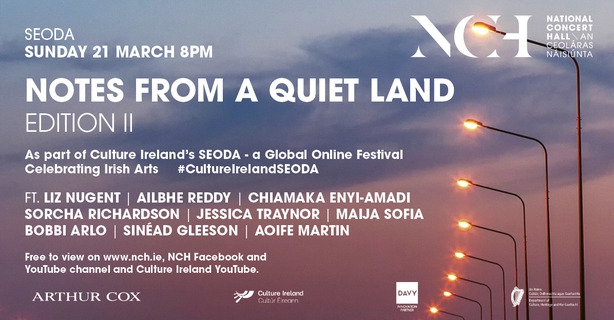 All events are available free to audiences around the world through Culture Ireland’s YouTube channel here and available to watch for seven days after their premiere.